Scientists and Historians Quest to Identify Remains of Cervantes 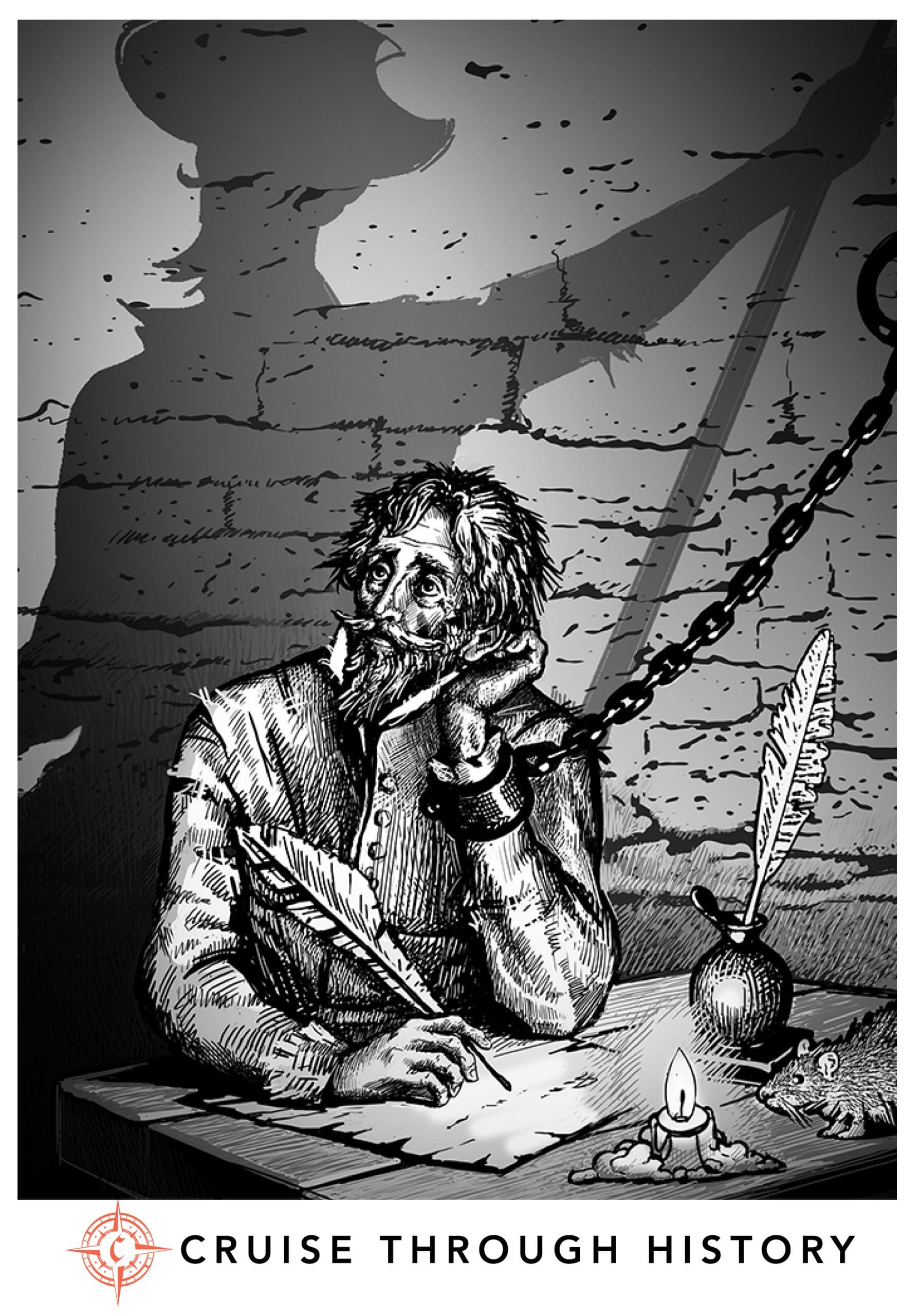 In March 2015 the news from Madrid was full of hopes that the 400 year-old remains of the first modern novelist, Miguel de Cervantes, would be located in a local convent. If the remains found in an old box, behind a brick wall, in the local Trinitarian Convent can be verified as those of the now famous author, Madrid will certainly boast of yet another tourist attraction. Seville and Barcelona have Columbus. Madrid will have Cervantes.

The quest to identify the remains may be as illusive as the dreams of the author’s most famous character, Don Quixote, The Ingenious Gentleman Don Quixote of La Mancha. This is not a simple matter of locating a long lost tomb. The bones were located in a box marked with a “M.C.” along with remains of thirteen other souls.

Sorting through the remains to establish which of those may belong to Cervantes is a task for historians as well as scientists. For decades scientists have used DNA analysis to determine the age and identity of human remains. DNA can reveal much about the life and age of death of a find. The scientific test cannot establish a familial connection and precise identity without family members to test for comparison. Cervantes had no known children. The location of his mother’s grave is even more obscure than that of the old knight. Placing a name on the remains may rely upon low-tech historical research.

While the literary work of Cervantes has been the subject of exhaustive study, the man has always been an enigma. Don Quixote and his squire Sancho Panza were so well known and appreciated during Cervantes’ lifetime that other writers and theatergoers regarded the fictional characters as more familiar and real than the man who created them. Few people knew the man. If Cervantes had written an autobiographical tale, it would have been regarded as fiction.

No one knows what Cervantes looked like. All of the popular portraits are drawn from the imagination of the artist. It is known that Cervantes lived most of his life impoverished. Lack of a healthy diet may be a common trait in the fourteen individuals sharing the common coffin.

Towards the end of his life, Cervantes was visited by a French delegation on a pilgrimage to give homage to the writer. They were surprised at seeing the old, poor, gentleman and wounded soldier, rather than the passionate bohemian author they envisioned. Cervantes was so engrossed in writing plays of real knights that he had distanced himself from his own popular creation. In the void other writers wrote sequels to his novel. Some claimed to have been its author.

At the time of his death Cervantes did not own the rights to his novel. Cervantes was able to publish in 1605, by giving the rights to the book to his publisher. The publisher and not Cervantes benefited from the success. Its popularity was followed by a series of short novels, including one set in Seville, Rinconete and Cortadillo, written in 1613. The extension, or sequel, to Don Quixote was finished in 1615, the year before he died.

If the remains in the box in Madrid are those of Cervantes, reviewing the known history of the man will be helpful to identify them. The French visitors wrote of his decrepit stature, his few teeth, and his crippled arm. If some of these maladies are present in the remains, the evidence may bring identity a bit closer.

As a young man Cervantes left home in a rush to avoid either debts or a woman. He joined the Spanish navy. Consistent with his bad luck, Cervantes landed in the middle of one of the sixteenth century’s largest sea battles, at Lepanto, in far-away Greece. His ship was on patrol when it was attacked. Cervantes was below deck at the time, suffering from a fever. When he jumped from his sickbed to take part in the battle Cervantes was shot three times. One wound rendered his left hand permanently incapacitated. Latter Cervantes would give a line to a character in the play Journey to Parnassus, that he lost his left hand for the glory of the right. It was the closest he came to making an autobiographical statement in his work.

On his return to Spain from his hospital bed, Cervantes was captured by Barbary Coast pirates and imprisoned in Algiers. While waiting for ransom to be arranged by his cash-strapped family, Cervantes made four escape attempts. After each effort was discovered, he received a flogging. Some effects of these escapades may be evident in the remains now lying in Madrid. Cervantes never wrote the story of this chapter of his life, which rivaled the adventures of his errant knight.

Historians may now have the opportunity to publish the story for him. Even the death of Cervantes presents an interesting paradox. He died on April 23, 1616, the same day as William Shakespeare, or so it would seem. He may have actually died the day earlier, as the tombstones of the time recorded the funeral date, not the date of death. The date of Cervantes’ death was recorded on the Gregorian calendar used in Catholic Spain, while hakespeare’s death was recorded using the Protestant Julian calendar. The two calendars are about ten days apart.

Isabel de Saavedra, the daughter of Cervantes, was not actually his daughter. Upon release from captivity and unable to find lasting employment, Cervantes returned to the military. He was sent to Portugal. Cervantes returned to Spain with the infant he called his daughter. Stories of the time regarded the child as an inconvenient birth to a noble lady for whom Cervantes performed a chivalrous deed. Doing so would have been consistent with his character. There were no children born to Cervantes and Catalina, whom he hurriedly married on December 12, 1584, just months after the birth of Isabel. The bride was sixteen and Cervantes was thirty-seven.

Daughter Isabel was a nun in the Trinitarian convent where Cervantes was initially buried. A few years later the nuns moved to a new location and some of those buried were relocated. Burials of impoverished souls were not well recorded. Thus in death as in life, Cervantes remains an enigma.

More of the story of Cervantes can be found in Cruise through History, Itinerary I, London to Rome, in the port of Seville: The Seville of Cervantes. www.cruisethroughhistory.com or amazon.com/hutt.