Shakespeare the Travel Writer Part I: Bermuda and the Tempest

William Shakespeare has been subject to academic study enough times to rival the number of performances of the Bard’s plays.  Still, there is an aspect of the playwright not often explored, that of travel writer.  As inspiration for his plays, Shakespeare drew upon current events and infamous historic events taking place far from home in England.  Sometimes the location is made clear and other times it is obscure.  Regardless, each venue was used as canvas for stories to delight Shakespeare’s audiences.  Foreign places were made familiar in the theater. 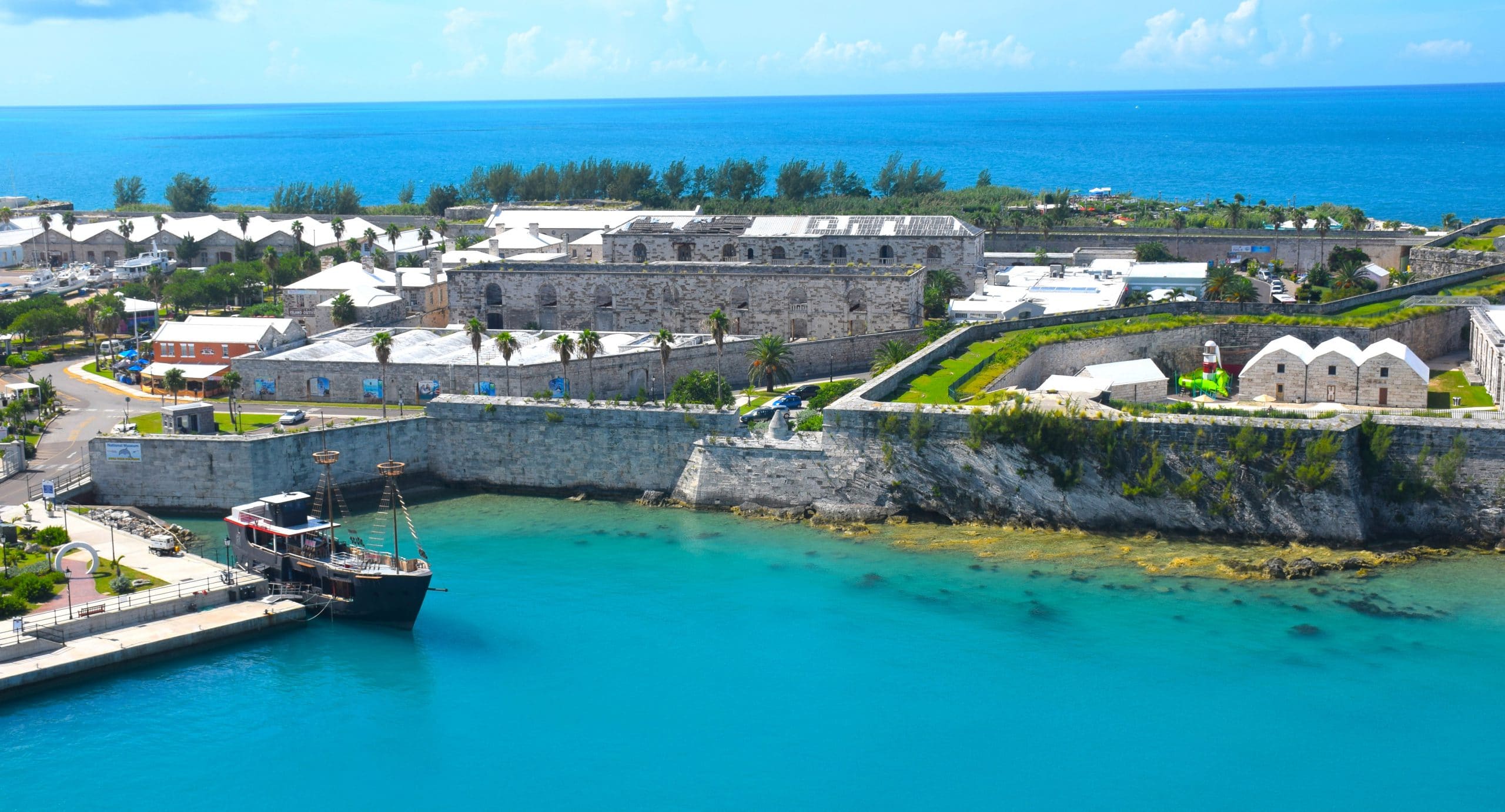 In this first installment on Shakespeare as a travel writer contemporary events were seized upon for the setting.  The play was written in 1610, late in his career, when Shakespeare was confident of his ability to write a popular plot.  He came up dry when crafting a setting for the story.  Being open to inspiration from new sources, he happened to see a story in a local pamphlet, written about events that occurred in the prior year.  With some adjustment of the characters to which he was committed to the real-life characters, Shakespeare had a new play.

Shakespeare was working on a story with a great plot, but he needed a creative setting with some vibrant details.  His story centered on a duke, who was wrongfully displaced, and his struggle to reinstate the family to prominence, so that the duke’s daughter could marry her royal hero.  The story could be set in any context, preferably one that lent drama by testing the characters along their journey to a happy ending.

William Shakespeare’s play was the Tempest.  In the play a violent storm thrashes travelers until their vessel is shipwrecked on a remote island.  The Tempest includes tense competition of royals, drunken bouts of tension relief, murder, mutiny, and near death experience.  There are also bits of mysticism. 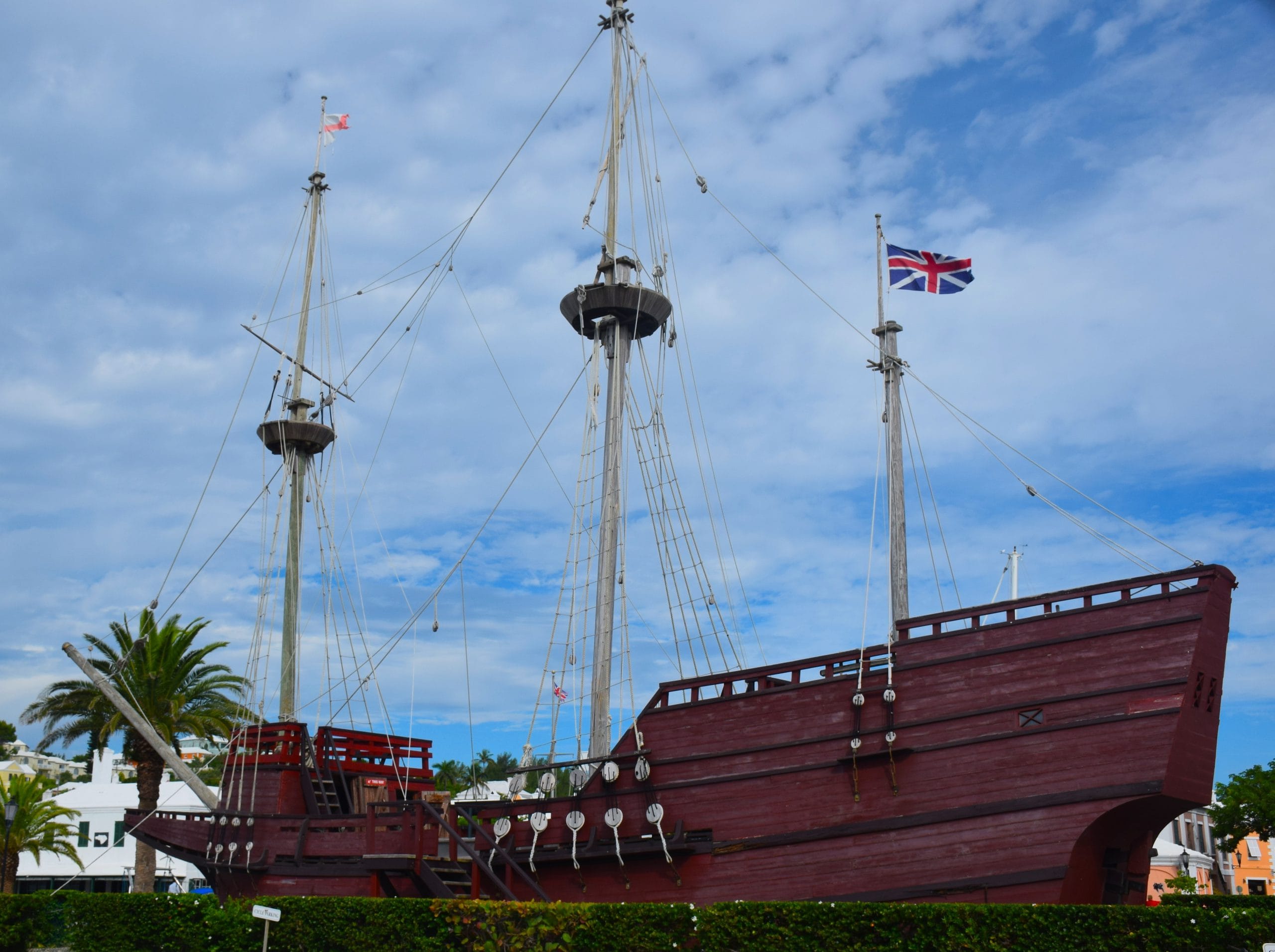 All of the ingredients of the theatrical production actually occurred in the lives of the passengers and crew of the Sea Venture as they endured four days in a hurricane, nine months on a remote island, and eventual arrival at a starving colony on a newly built ship, the Deliverance.  The bard must have felt himself fortunate to read in a local publication of the account of a recent shipwreck, with all the savory details that could give interest and adventure to his play.

Shakespeare learned of the true-life traumas experienced by passengers on the Sea Venture from reports sent to the London-based Virginia Company the following year.  The reports written by passengers William Strachey and Sylvester Jourdain were dramatic and factual.  They were written to account to company shareholders for the loss of the ship, report the heroism of the ship’s captain, and generally promote support for the English colony of Jamestown in America.  The reports had the additional effect of spurring interest in travel to Bermuda.

The author of the account of the sailing of the Sea Venture, read by Shakespeare, was a man known to the playwright.  William Strachey was educated in law, but enjoyed writing sonnets and frequenting the haunts of writers and actors, such as Shakespeare.  Born in 1571, Strachey was educated at Cambridge.  By 1605 he was an out-of-work lawyer, living in London, looking for a job.

Absent any better prospects, Strachey volunteered to join the Sea Venture on its 1609 sailing to Jamestown, Virginia.  He had no official duties on the ship.  His natural inclination to take notes served him well, when the official secretary to the Virginia Company died by the time the group reached Jamestown.

Strachey was employed mid-trip to write the report to be sent home to London.  Since there are multiple drafts of the Strachey report, which have surfaced, it appears that he took his notes and dressed them up for public consumption.  As a fan of Shakespeare, Strachey sought to outdo the Bard in his narrative.  It was the version with all the spice that was published in 1610, in London, and was timely read by Shakespeare.

Also on the Sea Venture was the brother of a shareholder in the Virginia Company, Sylvester Jourdain.  Jourdain’s account is brief.  It tells of the storm and safety in Bermuda.  Since Jourdain left out some of the murderous details reported by Strachey, and reported Bermuda as the paradise to which the beleaguered passengers and crew were delivered, it had the effect of enticing travelers to think positively about Bermuda. 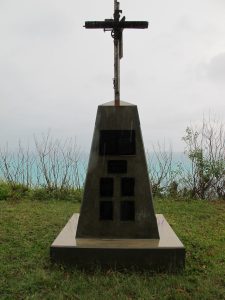 Prior to 1610, the image most of Europe held of Bermuda was one of an island of devils.  It was a place to avoid.  The source of the bad public image dates from the first discovery of the island by Spaniard Juan de Bermudez, in 1505, on his trip to Hispaniola.

Bermudez was doing his best to avoid the island, and avoid a shipwreck amid its rocks, when a storm caused him to lay anchor on the islands.  Night fell as his men went ashore to find fresh water.  The men on ship heard screams of the landing party as big dark creatures came at them.  They were certain that demons inhabited the place.  Other sailors went ashore with clubs and returned with dozens of birds, which were good to eat.  Bermudez gave his name to the island, perhaps not as he would have desired.  Bermuda became known as the Ile of Devils.

When the passengers on the Sea Venture landed on Bermuda, they knew of the place as the Ile of Devils.  As frightened as they were of the demons they would encounter, anything was better than the near-death experience at sea.  Instead of finding devils, the passengers and crew of the Sea Venture spent nine months preparing to leave, enjoying the climate and reviving themselves on the bounty of food available.  When it was time to depart, some were reluctant to leave.  Upon arriving at Jamestown it immediately became evident that Bermuda was the better destination. 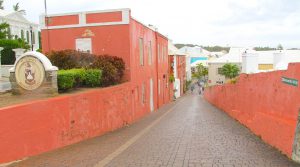 Hurricanes still occasionally strike Bermuda.  Shipwrecks are rare.  People come to the island to enjoy the beaches, the climate, and the local culture.  The colony begun by Admiral Sir George Somers, captain of the Sea Venture, and expanded by the Somers Island Company has enjoyed longevity with a resilience the founders would have appreciated.  St. Georges remains the oldest, continually inhabited, British settlement, in the New World.

In 1610, audiences were entertained by the drama of the Tempest, whether or not they knew of the real-life genesis of the play.  The Tempest is not an advertisement for cruise travel.  Still, Shakespeare’s characters developed through the acts, to emerge in a better place by the final curtain.  So too the travelers on the Sea Venture found Bermuda to be a haven.  Four hundred years later, the sunny island is sought as an intentional destination.

A voyage to Virginia in 1609: Two Narratives, Strachey’s True Reportory and Jourdain’s Discovery of the Bermudas, ed. Louis B. Wright, U. Va. Press, Charlottesville, 2013.