Spend the New Year in Key West: the First Mile of Sun in the U.S.

For travelers looking for a mid-winter haven there is one place where Americans can feel as though they have entered another world, without needing a passport.  It is the one place in the United States that is guaranteed to be below the frost-belt. To unwind after a hectic holiday season, plan to spend the first of the year at the first mile of sun, that is, the beginning of U.S. Route 1 – in Key West, Florida. 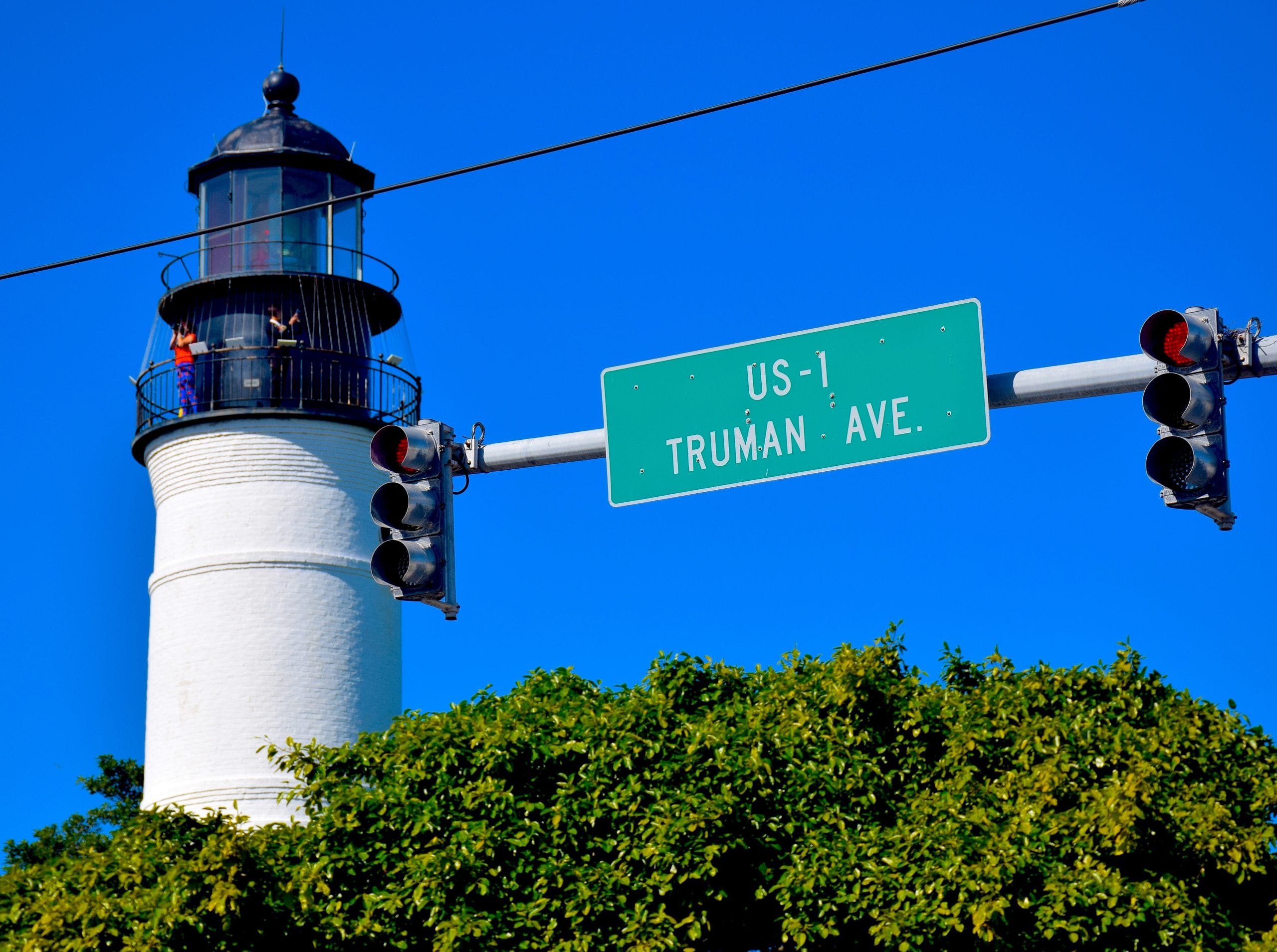 From its inception Key West offered secluded residence to those with no interest in proximity to convenient services.  Locals made a living fishing, hunting turtles, and salvaging what they could from shipwrecks.  Life was as hard as it was rewarding.  There were few rules.  Government was a foreign concept. 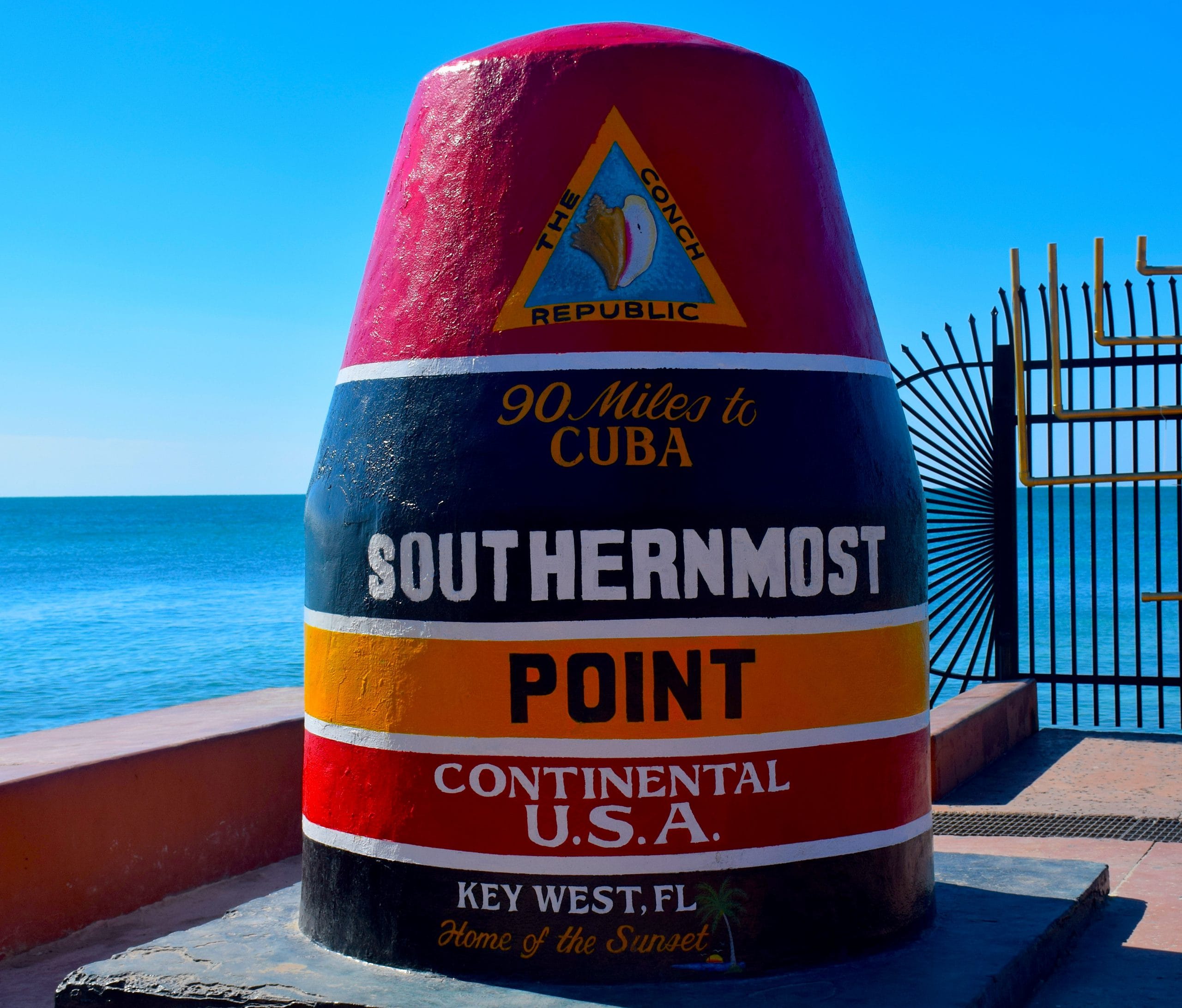 Southernmost Point in the US

Key West is the Conch Republic. (pronounced Konk) The number one tourist attraction is an oversize buoy that marks the miles to Cuba.  Key West is closer to Havana than Miami.  Before tourism, the biggest boom in the economy came from cigar factories of the late 19th and early 20th centuries.  Cuban workers made quality cigars.  They still do, although now in fewer and smaller factories.

The history of land title in Key West is as quirky as Conch architecture.  In 1815 the governor of Spanish Cuba gave a deed to Key West to Juan Pablo Salas, a Spanish Navy officer in St. Augustine.  The Spanish had always contended that when the British controlled Florida, the Keys remained Spanish as a part of Cuba.

When the young United States gained the Florida territory from Spain in 1821, by default, not by war, Salas sold his land rights, twice.  First he sold Key West to John Geddes a former governor of South Carolina in exchange for a sloop with a value of $575 US.  Then over dinner with a U.S. businessman in Havana, Salas sold Key West to John W. Simonton for $2,000 in Spanish pesos.  The two title-holders brought suit to clear title.  Simonton, who had the greater weight in Washington, gained clear title.  He immediately recouped his investment by transfer of three-fourths of his land to three investors.  Land is a scarce commodity in Key West.

In 1822, the nationality of Key West was resolved when Commodore Matthew C. Perry, of the U.S. Navy and brother of Oliver “don’t give up the ship” Perry, arrived and planted an American flag in Key West.  He renamed the adjoining island of Cayo Hueso, the bone island of the Native Americans, as Thompson Island, in honor of Smith Thompson the Secretary of the Navy.  The Navy presence remained, although the names drifted away.

Typical of the Conch Republic was its stance during the Civil War.  The Keys succeeded from the Union, not because the residents supported the concept of slavery.  They merely felt far from Washington, a nation apart.  In the midst of Key West is Fort Zachary Taylor, which remained a Union fort through the duration of the war.  The fort was a little northern outpost in the south.  Today the fort guards a prime beach where locals enjoy swimming.  The fort, decommissioned in 1947, is a state park that has an impressive display of Civil War era cannons.

The prominent red brick building seen from the cruise ship pier is the Customs House.  Built in 1891, it has also served as a post office and courthouse.  Key West was the port from which the USS Maine departed on a mission to extract American businessmen and their families from Cuba.  The Maine was sunk in the Havana harbor, triggering the Spanish American War.  In 1898 hearings on the events surrounding the Maine were held in this building.  Now restored, the Customs House is home to the Key West Art and Historical Society Museum.

When New Yorker Henry Flagler retired from Standard Oil in 1883, he decided northerners needed a means to vacation in warmer climates.  He created the Overseas Railway, extending his Florida East Coast Railroad to the little fishing hamlet of Key West by 1912. In doing so, Flagler gave access to an area of abundant sun to respectable vacationers, who were thrown together with the local characters.  Itinerant fishermen and Navy sailors shared the streets with fashionable newcomers.  They still do.  Today visitors and locals converge on Mallory Square, along with plastic fish and carts selling Conch fritters.

In 1935 the eye of a hurricane created a tsunami that washed over tracks of the Overseas Railway, washing railroad workers into the sea.  Key West was unscathed.  It was the end of the railroad era. By 1938, U.S. Route 1 reached Key West, bringing motorists to enjoy year around warm weather. Mile marker 1 of U.S. Route 1 begins at the Key West Courthouse and ends in Maine. 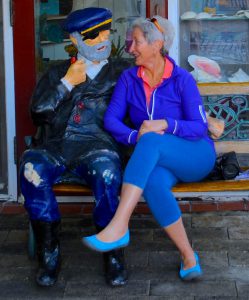 Some Characters You Meet in the Conch Republic

Key West has attracted such diverse personalities as: John James Audubon, who came to paint birds in the 1820s; Ernest Hemmingway, who lived in Key West from 1928 to 1939, while he wrote several novels including a Key West-inspired story of rum-running pirates, To Have and Have Not; and President Harry S. Truman, who issued landmark decisions from the Little White House from 1946 to 1952.  The Hemingway home is across the street from the lighthouse on Route 1.  Hemingway once remarked that the lighthouse provided a landmark that helped him to find his way home at night.  Today visitors enjoy Hemingway’s favorites: Sloppy Joes Café and the Blue Heaven.

The quirky irreverence of Key West has remained over time.  Prim and serious, Flagler intended his development to be a retreat for the elite.  Instead Key West locals wear flip-flops and sun hats.  For chill-weary northerners, the best way to begin the New Year is a ride down Route 1 to Key West or a stop at Key West on a cruise itinerary.  In Key West the only ice floes are in the margaritas.

Read more on Flagler’s railroad and the characters who made their homes in Key West in CTH Itinerary VI – Miami to Montreal, coming soon.