Santa Claus, or more accurately, Saint Nikolaos, was a real person.  His name was Nikolaos of Patara, born March 15, 270.  He was a Greek priest, in a Greek town, in present day Turkey.  Since he was Greek the Greek spelling of his name is used in this story.  St. Nikolaos died on December 6, 343.  Almost 750 years later, his bones were taken to the Greek town of Bari in southern Italy. 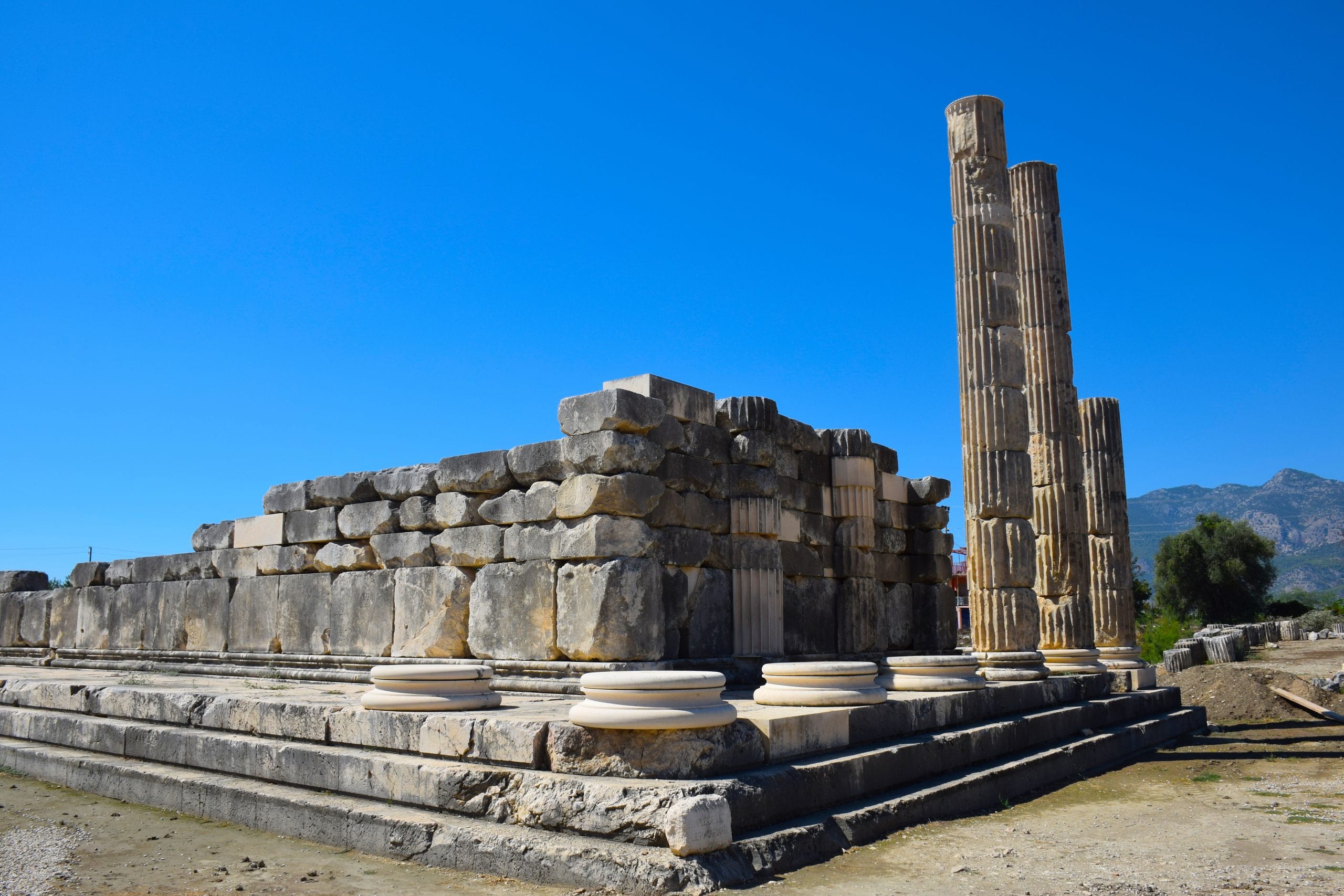 Nikolaos was a generous priest, who became the patron saint of children, sailors, merchants, archers and thieves.  His feast day of December 6 is celebrated around the world as the time to give generous gifts.  Giving gifts at Christmas is more than a 20th century commercial invention.

The Life of Nikolaos

In the first centuries of the Christian era, the seaport towns of present day Turkey were largely Greek settlements.  Greek seamen were also early residents of the Italian port city of Bari, on the southern Adriatic coast.  Even today, fishermen of Bari speak a language that is more Greek than Italian.

Nikolaos was born into a wealthy family of Greek Orthodox Christians, living on the southwestern edge of modern Turkey.  Nikolaos was known to be a good student.  He enjoyed religious study.  When Nikolaos was young he lost both parents in a plague.  His uncle, also named Nikolaos, became responsible for the youth.  The uncle was a bishop.  Thus, Nikolaos fell easily into the priesthood.

As the Bishop of Myra, Turkey, Nikolaos was the protector of hungry children. The needy left their shoes outside their doors and would wake in the morning to find gold coins had been deposited in them.  Such generosity was attributed to Nikolaos.  He gave discreetly, so as not to embarrass the beneficiaries.

Rough sailors, from the dregs of the shipping hierarchy, found compassion and assistance came to them from Nikolaos.  In the 11th century sailors joined guilds.  One of the earliest sailors’ guilds is known as the Association of Saint Nicholas of Bari.  The founders were the descendants of those sailors sent to Myra to collect the remains of Saint Nicholas and bring them to Bari.

When Nikolaos died at seventy-three, he was buried in a church in Myra. Immediately, Nikolaos was revered in death as a saint.  His tomb became a shrine to his generosity and compassion.

The Legend of Nikolaos

The bones of the sainted departed are considered sacred relics.  Annually, from the time of his death, the relics of Nikolaos were reported to secrete a clear liquid with the fragrance of rose water.  The water was considered to be manna or myrrh, a holy liquid.  The precious liquid was believed to have special curative powers.  Sailors spread the word of this miracle, making Nikolaos an early Christian saint. 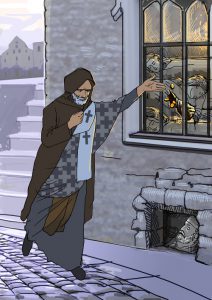 Over the years the legends of Saint Nikolaos grew in number, as they spread like goods on the ships through the Christian world.  One deed attributed to Nikolaos was providing dowries to the three daughters of a poor man.  Girls of poor families without dowries could not expect to be married.  Unmarried women had few options in society.  The story has variations, but is consistent in that Nikolaos threw three gold purses into the home of their father, enabling him to provide a dowry for each daughter.

Another legend tells the gruesome tale of a butcher who lured young children to his home, where they became cured meat.  Such tales abounded around the end of the first millennium, particularly during times of famine.  In the legend, Saint Nikolaos finds the butcher and saves the children.

In another legend, a famine struck Myra while a ship loaded with wheat destined for the Emperor in Constantinople sat in its harbor.  Nikolaos convinced the sailors to remove a quantity of wheat from the ship sufficient to feed the population for two years.  When the shipment reached its destination the cargo was weighed and was found undiminished.

As Christian practices evolved in medieval times, nuns remembered Saint Nikolaos by delivering food baskets to the hungry each year on December 6, the remembrance day of the Saint.  Festivals sprang up across the old and new Christian world featuring food and gifts for sale in the Christmas season.  Sailors remembered the day by purchasing gifts to bring home to their families.

In 1087, the relics of Saint Nikolaos traveled to Bari, Italy.  Basilicas of the first millennium were founded with the relics of a saint.  The city leaders of Venice and Bari knew of the fame of Saint Nikolaos as he lay, intact, in the church at Myra. They each decided to rescue the saint over the objection of Greek clergy. The relics could be used to found a new basilica in the city first to retrieve relics of Nikolaos. 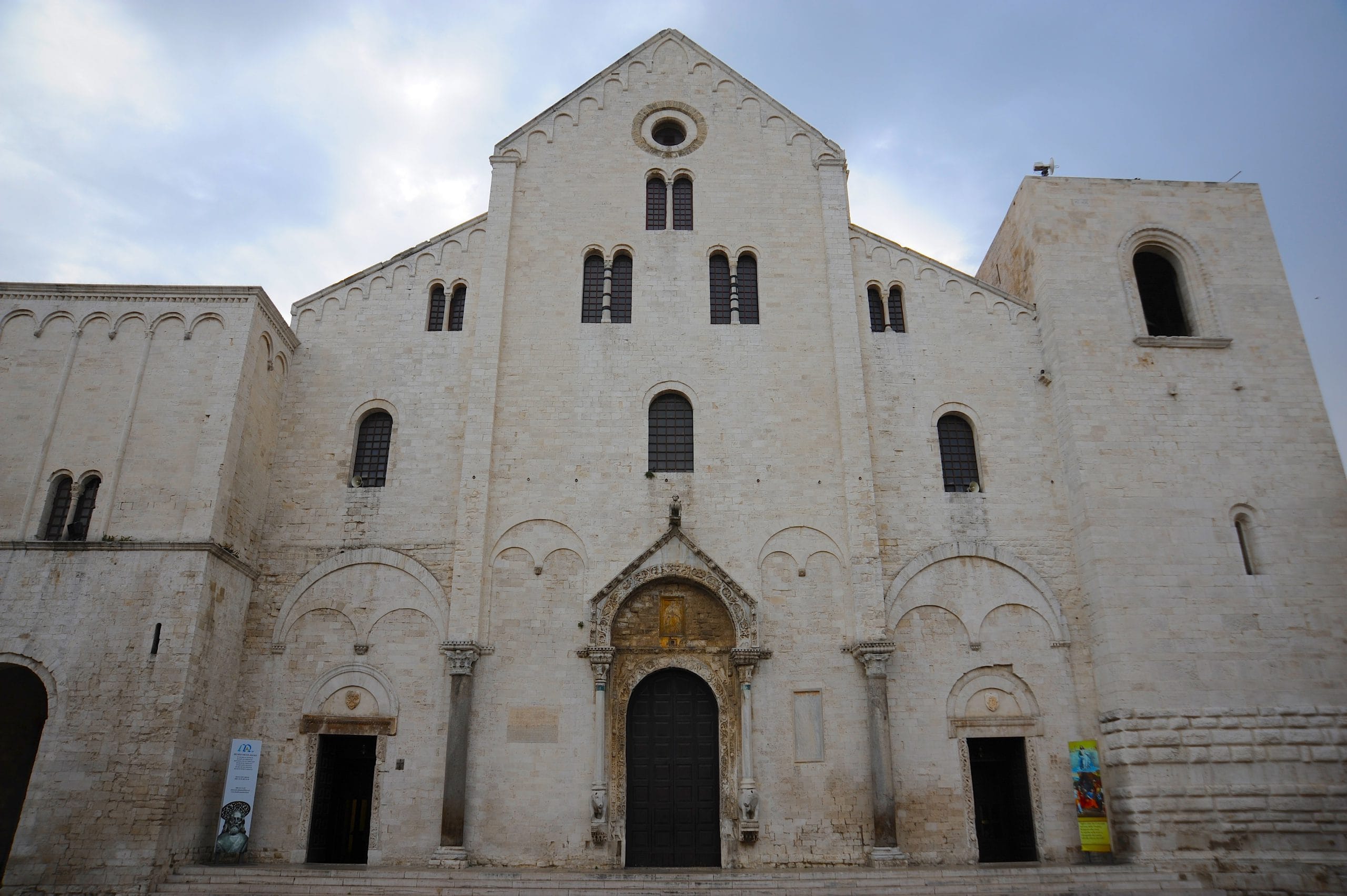 Forty business leaders of Bari commissioned the ship first to arrive in Myra.  They hurriedly collected the remains.  By the time the Venetian ship arrived for the same mission, they were left with few bones left behind in the crypt.

The relics taken to Bari were ensconced in the Basilica di San Nicola.  The remains taken to Venice are in the modest church of San Nicolò al Lido.  Questions remain today as to whether each church holds the bones of the same man, or whether the Venetians satisfied themselves with the remains of the uncle of Saint Nikolaos, also a priest named Nikolaos.

Today Saint Nikolaos is revered as a patron saint of Greek Orthodox Christians. Roman Catholics also recognize Saint Nikolaos as one of their own.  He is universally regarded as the saint of gift giving.  Saint Nikolaos has evolved into Santa Claus. He has gained interdenominational, if not secular, recognition.

The real Saint Nikolaos may have been jolly and bearded, but not likely pudgy.  He was in fact the first Secret Santa.  Whether gifts are given on December 6 or 25, Saint Nikolaos is a reminder of the joy of giving.

Read the full story of St. Nikolaos in Cruise through History Itinerary II – Rome to Venice – Bari, available at Amazon.com.