That Colombians consider Gabriel García Márquez a national treasure is evident throughout the country. The novelist and journalist was known for his reflections on life, which can be seen painted on buildings from Bogotá to Cartagena. Born in the rural village outside of Santa Marta, Aracataca, in 1927, he died in 2014 in Mexico. 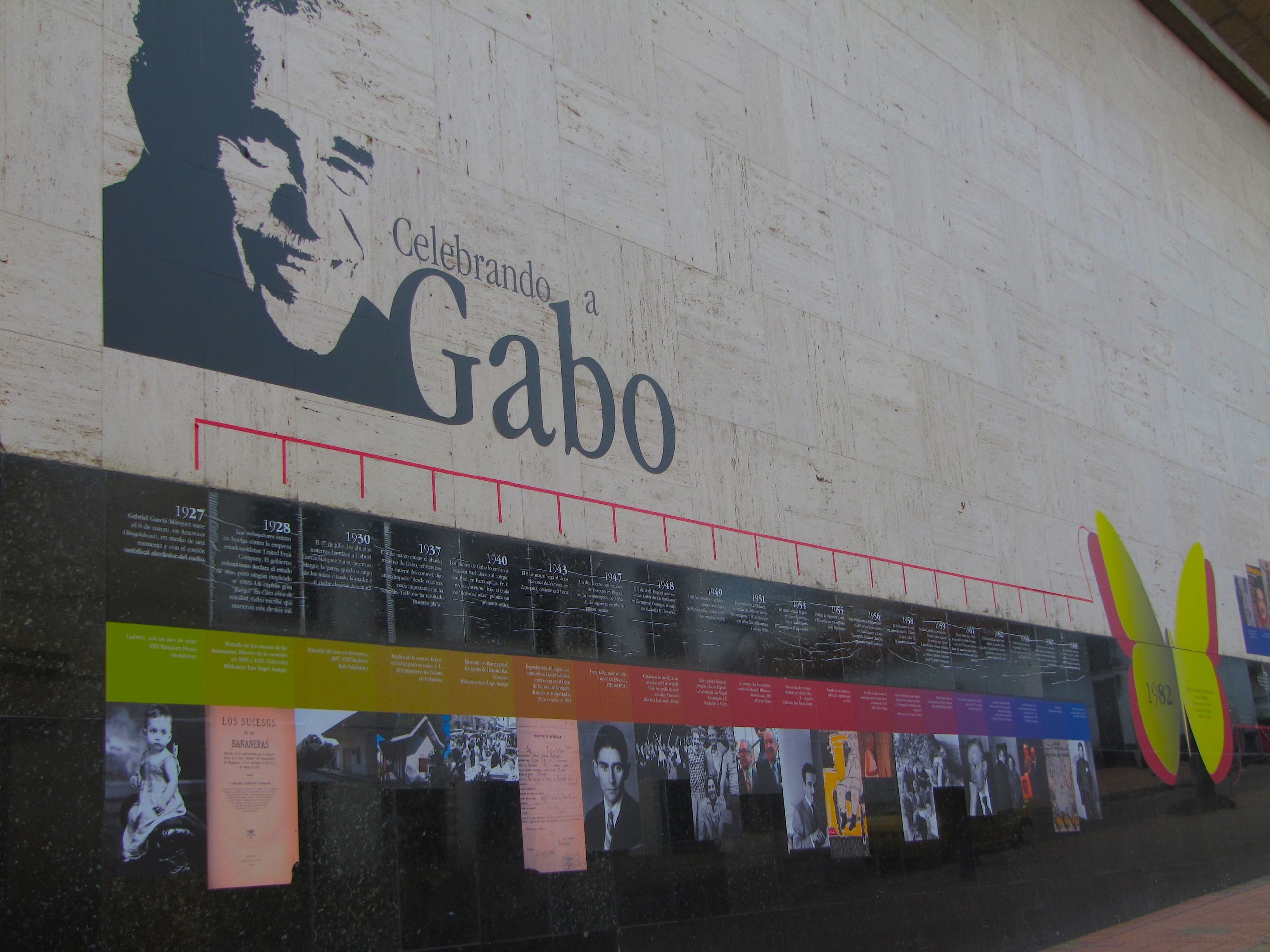 The Mexicans were so fond of their adopted son that the Mexican government endowed Bogotá with a cultural center in his name.  The center includes a bookstore and study spaces, home to future novelists.  The Bogotá building is decorated by the tribute of a time-line of the life of the man who is affectionately known as Gabo.  A visit to Colombia is like living in a Gabo novel. 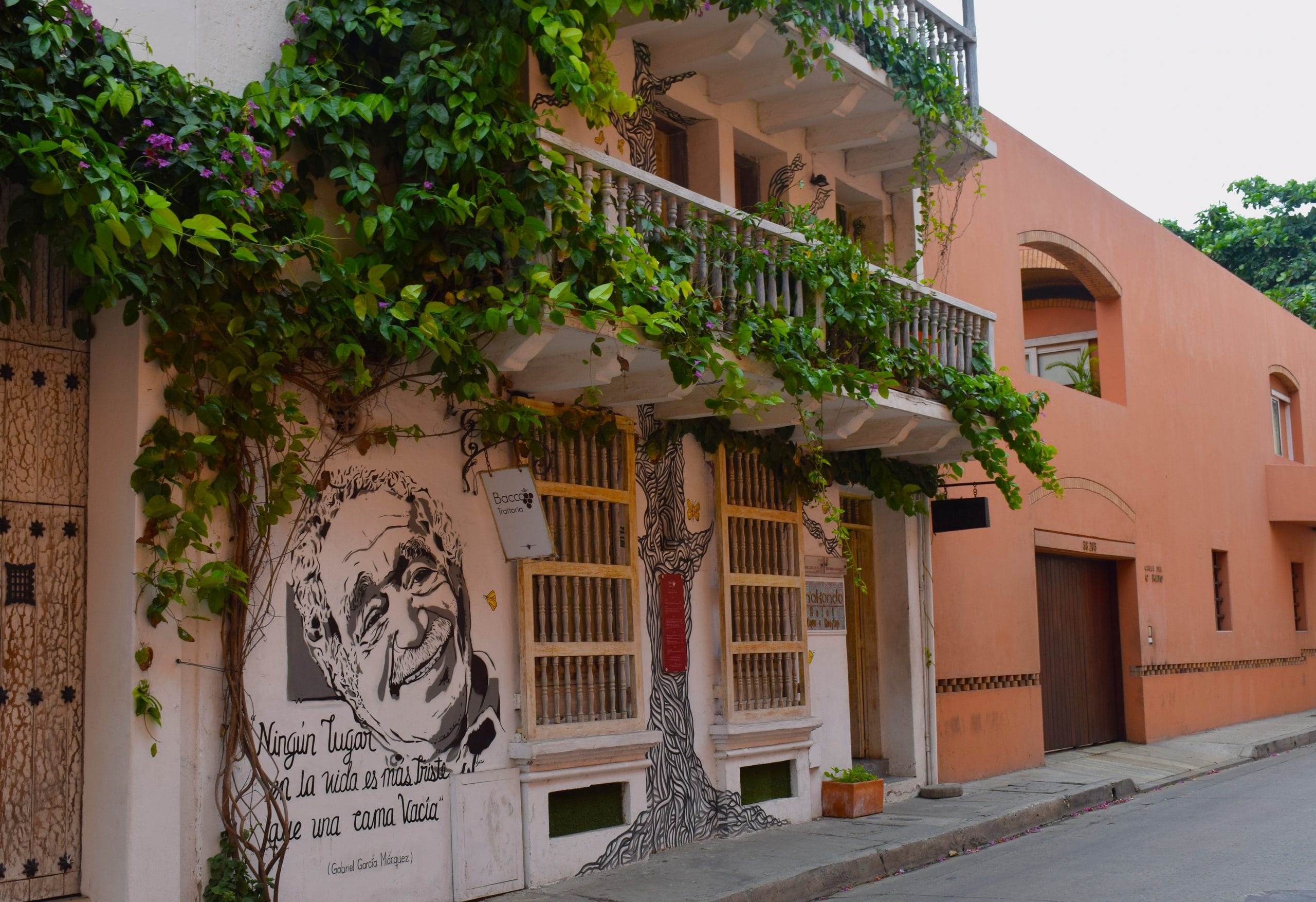 To follow Gabo through Colombia, start in Aracataca, the little town where he was born and then raised by his grandparents.  The town is a two and a half hour cab ride from Santa Marta on the coast to the middle-of-nowhere rural village.  The hot sun is bright against the white walls of the buildings on unpaved streets, the stark white of the modest railroad station, and the square, still mostly bare, except for the monument to Gabo. 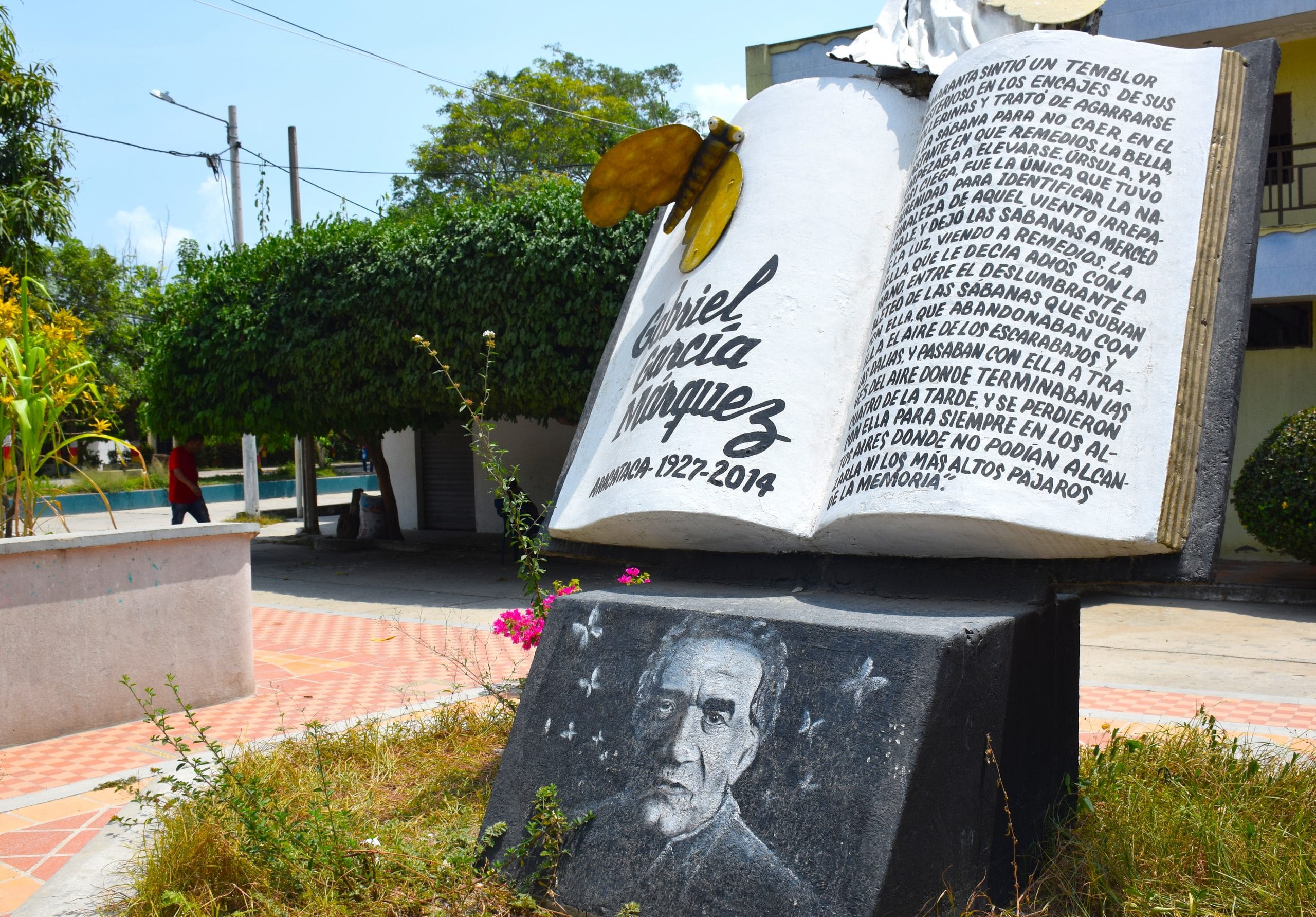 As a child, his grandparents indulged Gabo.  His grandfather, the Colonel, was of stature above most Aracataca residents.  Gabo opted to spend his free time in the little building where the workers were housed.  They had the best stories. 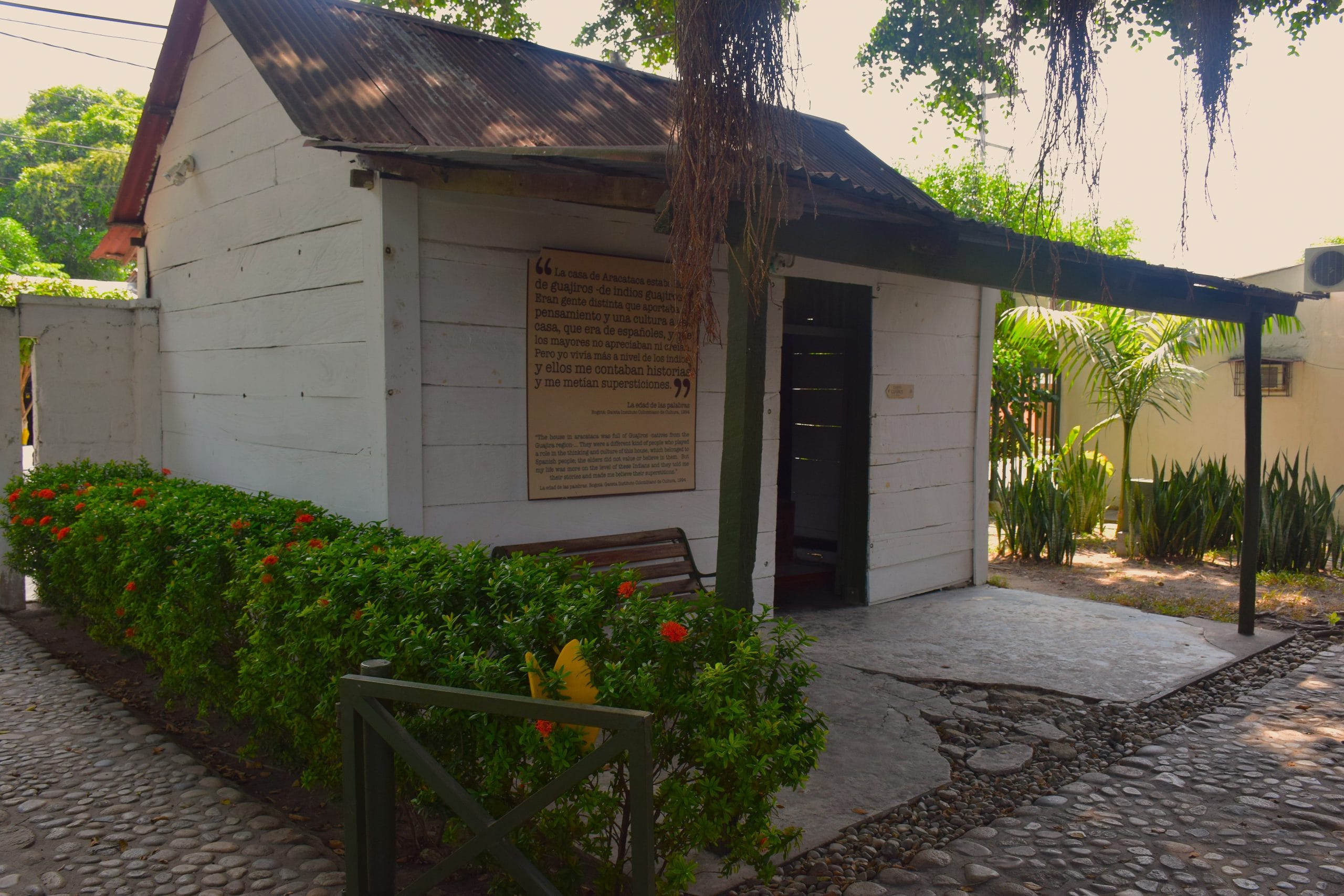 Gabo was on course to become a lawyer.  However, he ingested so much of the life of the working poor that Gabo felt compelled to become a journalist.  In a town where his home was around the corner from the United Fruit warehouse, Gabo had a front-line view of stories that would appear in his novels throughout his life. 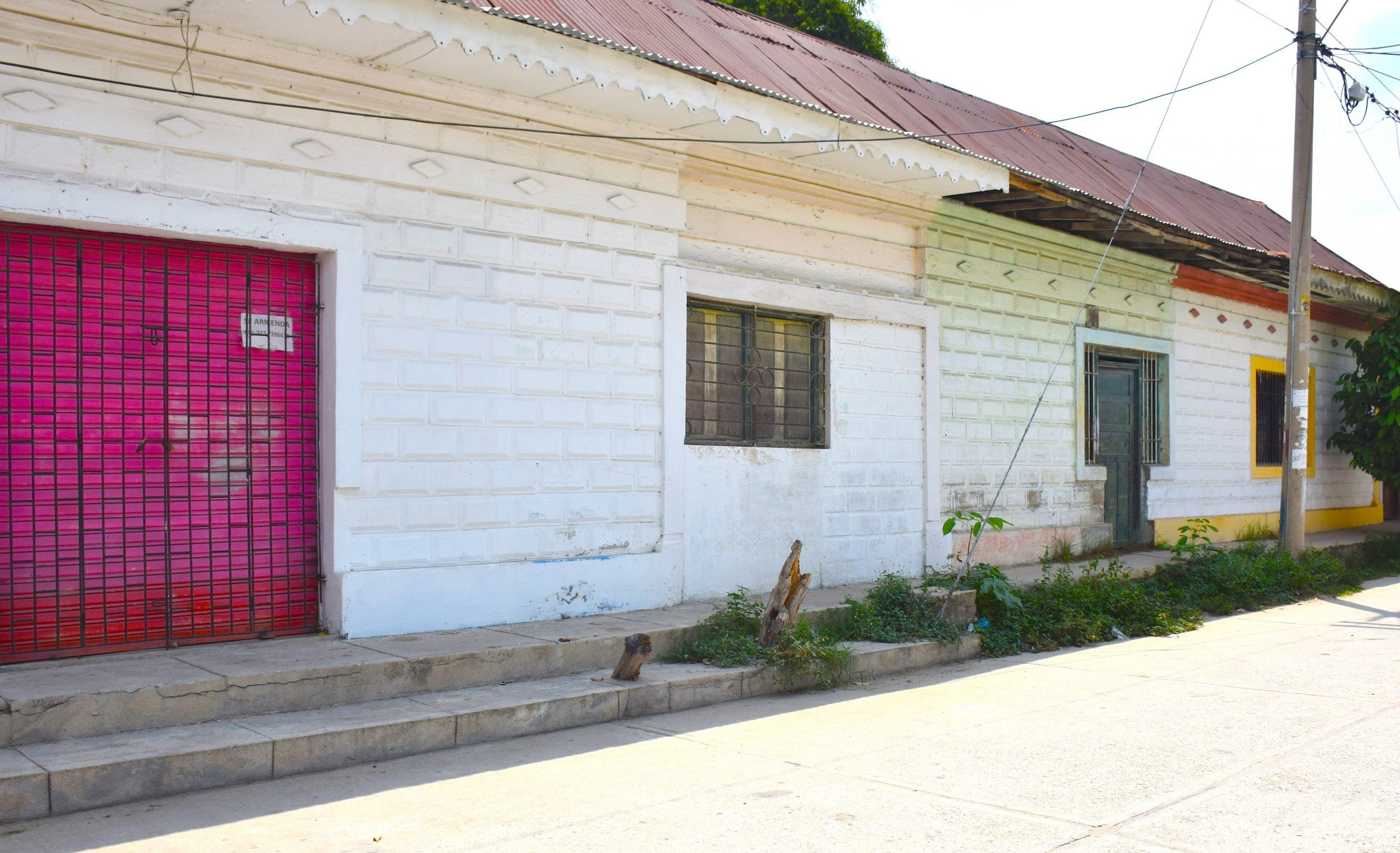 In the municipal public library in Aracataca there is a display of the development of the man.  Gabo’s career in journalism developed, as did the industry, moving from radio, to television, and movies.  He brought harsh realities to public attention in his political journalism.  Then Gabo moved deeper, to convey the feelings of his people.  In his literary style identified as “magical realism,” Gabo could describe desire, fear, and ambitions of people in real situations.  He then conveys the reader to a magical place beyond the banality of real life. 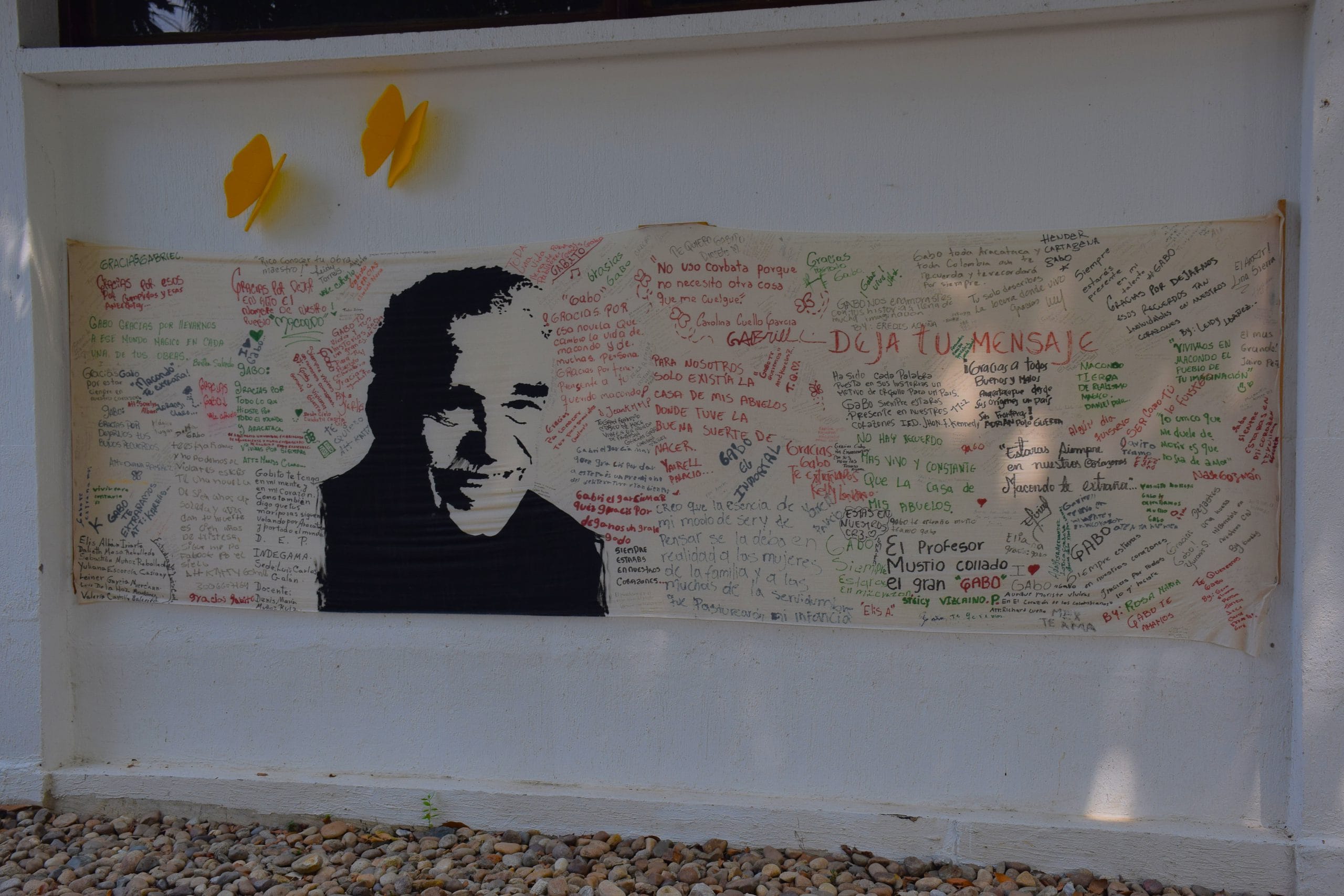 The imagery of One Hundred Years of Solitude or Love in the Time of Cholera begins in homes like those in Aracataca, or the docks of Cartagena.  The imagery of the yellow butterfly lives on the walls of Aracataca and in Bogotá.  In Gabo literature, Aracataca becomes the fictional Macondo.  The characters have harmless aliases.

Americans could become familiar with Gabo in English translations widely available after the author received the Nobel Prize in Literature in 1982.  Love in the Time of Cholera was a popular movie.   To better visualize and experience Gabo, nothing can compare with a trip to Colombia. 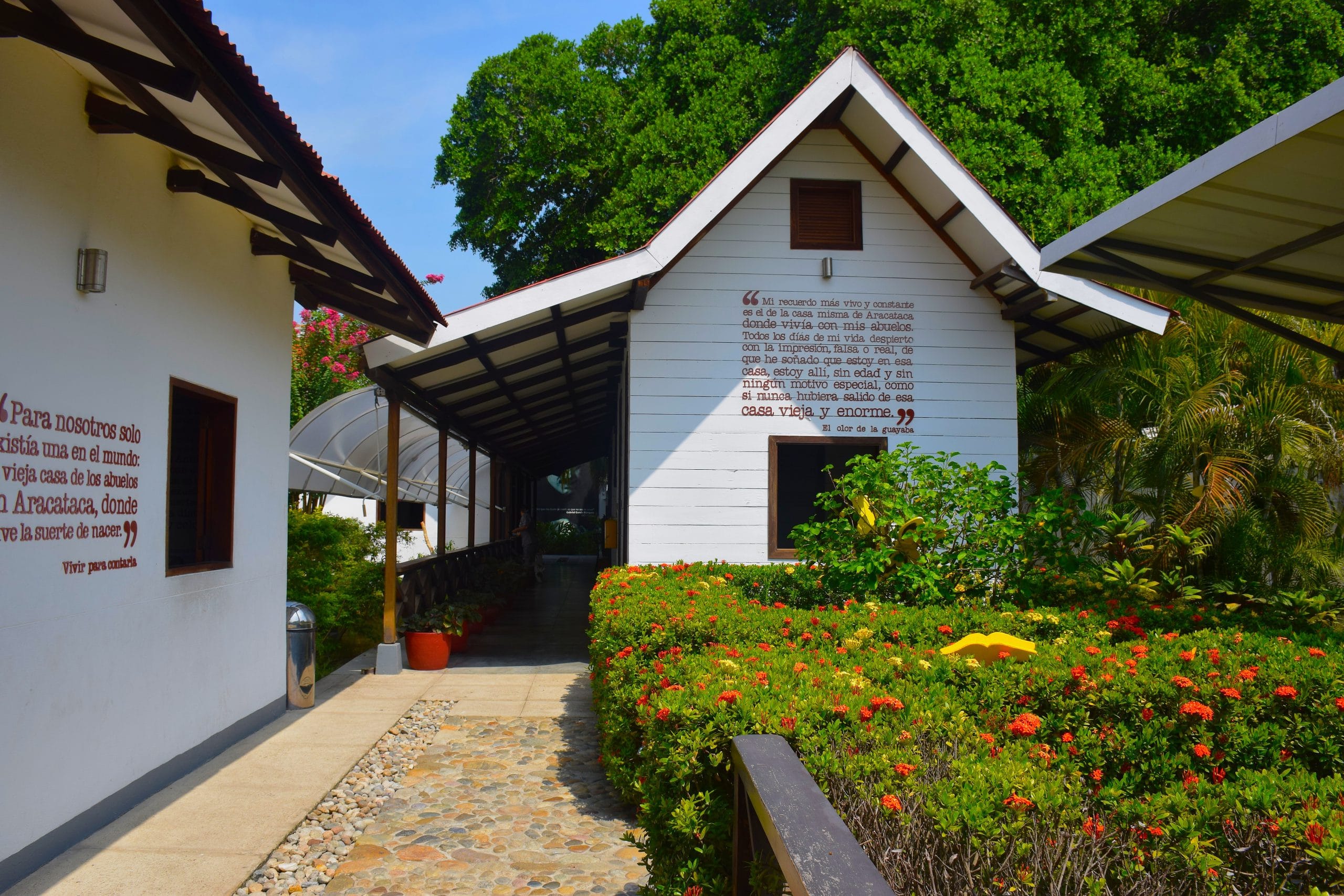 The home of Gabo’s grandparents was rebuilt after a fire to retain the original feel, with clean paint and simply furnished rooms.  On a recent visit CTH was invited to the classroom to meet high school students who were learning to become museum guides at the home.  When asked what of Gabo they had read they smiled and claimed to have read the popular novels.  Tales of love and prostitutes might come much later in their lives, when the imperfections of adults are understood and appreciated.  For now the students are like the yellow butterflies of Gabo, bright spots in Aracataca, his hometown.