Upon returning from a recent trip to Colombia, the question most often asked was – how was the food.  From Mexico through Central America tamales are ever present.  Somewhere in Panama there is a decisive food shift to South American cuisine.   Although the language of Colombia is Spanish, the food is uniquely Colombian.

Colombia is a large country.  The food offerings are as diverse as the terrain.  To travel through the country is to enjoy a major food fest.  The following menu diary of a recent trip represents only some of the local offerings available. 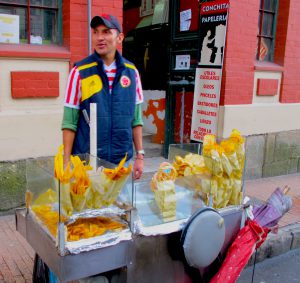 Bogotá is a sophisticated city with menu offerings representative of Colombians who have located to the capital from throughout the country.  Street vendors in the historic Candelaria district sell fried plantains and arepas, the thick tortillas of white corn flour and cheese.  At Mama Lupe’s, next to the Independence Museum, the site of the broken vase confrontation that incited the Colombian War of Independence from Spain in 1810, arepas are served with sausage or the uniquely Colombian style of roasted chicken breast.  Colombians are big meat eaters.  Vegetarians beware.  Meats are served grilled, in large portions, accompanied by rice, beans, and plantains.

Elsewhere in Candelaria, and throughout the city, French and Italian restaurants are plentiful, competing with elegant preparation of local dishes.  Colombians are not in love with spice.  Do not expect salsa with your entree.

The Pacific and Caribbean coasts of Colombia offer seafood with a Caribbean flair.  Look for fish eyes in your fish stew.  Shrimp in a coconut sauce will come to the table in large plates of shrimp in a creamy sauce.   The plates of anything are always large.  Be prepared to fall in love with coconut rice.  Made from coconut water, the preparation is long and involved.  Don’t’ try to replicate it at home.  Come to Colombia and enjoy.

In Bogotá the locals head to Embajada del Pacifico for a taste of coastal fare.  The fish is always fresh and plentiful, the coconut rice is the best, and the fresh spinach is cooked in honey.

In the south of Colombia, from Pasto to Ipiales, where the people feel closer to Quito than Bogotá, expect an influence of Peruvian cooking.  Potatoes replace plantains and cuy is offered at all the roadside grilles.  Cuy is roasted guinea pig; the locals say it tastes like chicken. 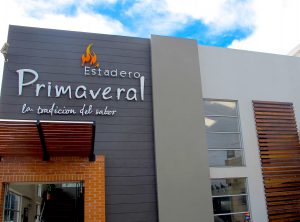 Potato Pancakes outside of the Las Lajas Sanctuary

New Yorkers traveling to Colombia may feel disloyal when craving potato pancakes from Primaveral, the Ipiales restaurant just outside the Las Lajas Sanctuary.  The eatery is as popular with locals as it is with tourists.  Perhaps the superior potato pancakes are due to the local fresh potatoes.  Perhaps the flavor secret is the not-so-secret ingredient, local cheese.  These potato pancakes are fried, but not greasy, and served very hot.  Bring your own applesauce or sour cream. 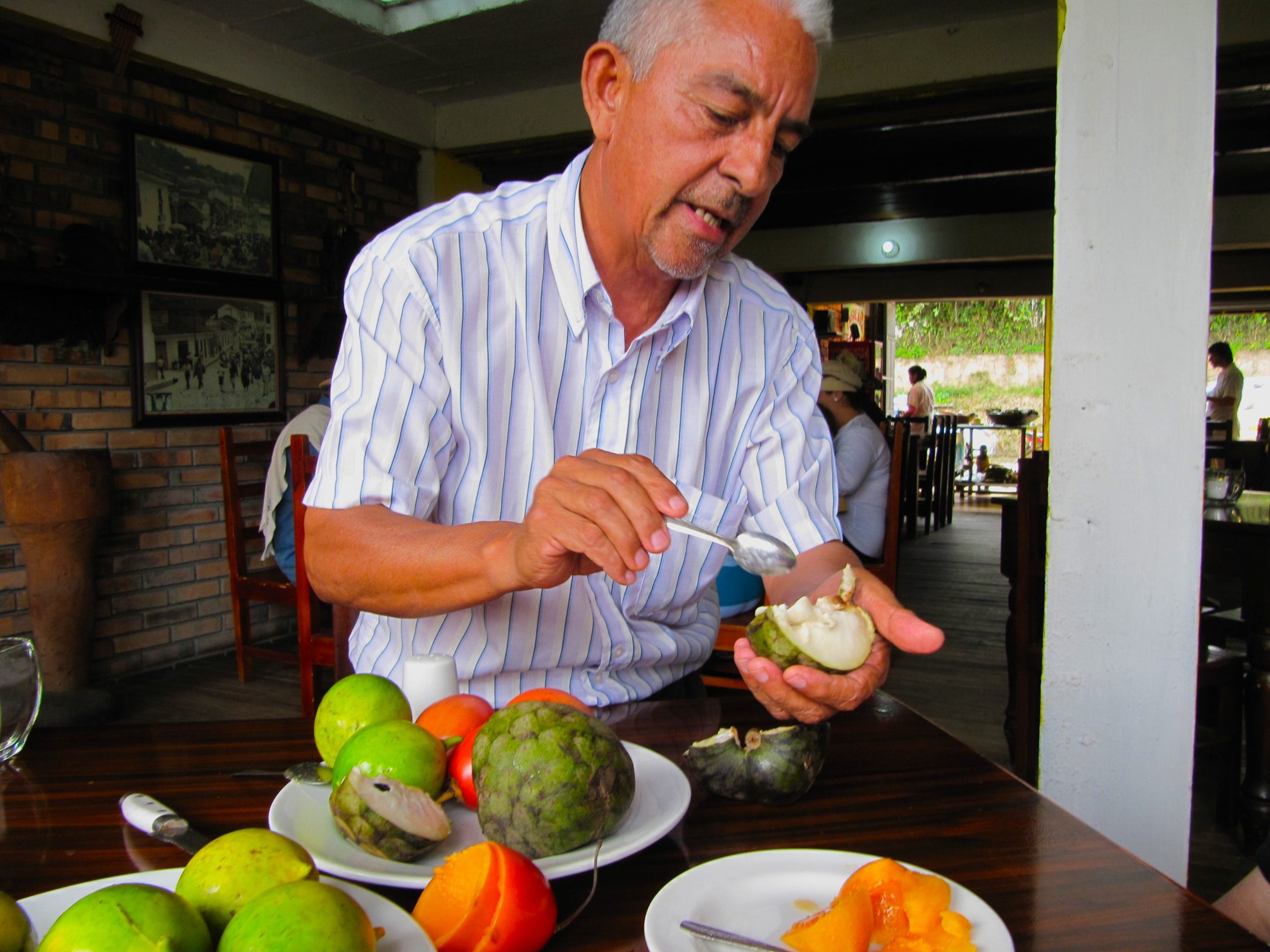 The Colombian climate and diverse ecosystems create environments for an amazing variety of fruits and vegetables.  Ricaute Urbano, a popular driver for visitors to San Agustín, delights in giving samplings of local fruits.  He grows varieties of tomatoes not seen in northern hemisphere seed catalogs.  Ricaute55@hotmail.com.

Colombians have their own way of making pizza on a very thin crust.  The best pizza comes from Ouzo in Santa Marta.  Try the goat cheese and fig pizza for a treat.  While in Santa Marta try Colombianized French fare at La Casa Ratatouille. 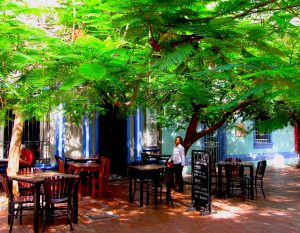 Restaurants in the old walled city of Cartagena compete in a food fest of creativity.  The converted convent hotel, Santa Marta, offers elegant dining on the patio, or the formal dining room.  Choose an indulgence in calories or the spa menu, with the cold tomato soup.   On the square outside the hotel are eateries offering artful pizza, ceviche, and fresh Italian dishes.  On the next square find artful gourmet popsicles, the KGB bar, and bars competing to offer the finest mojitos.   The CTH favorite in Cartagena was La Comuníon, the restaurant that strives to fuse classic local ingredients with updated cuisine flair. lacomunion@hotmail.com 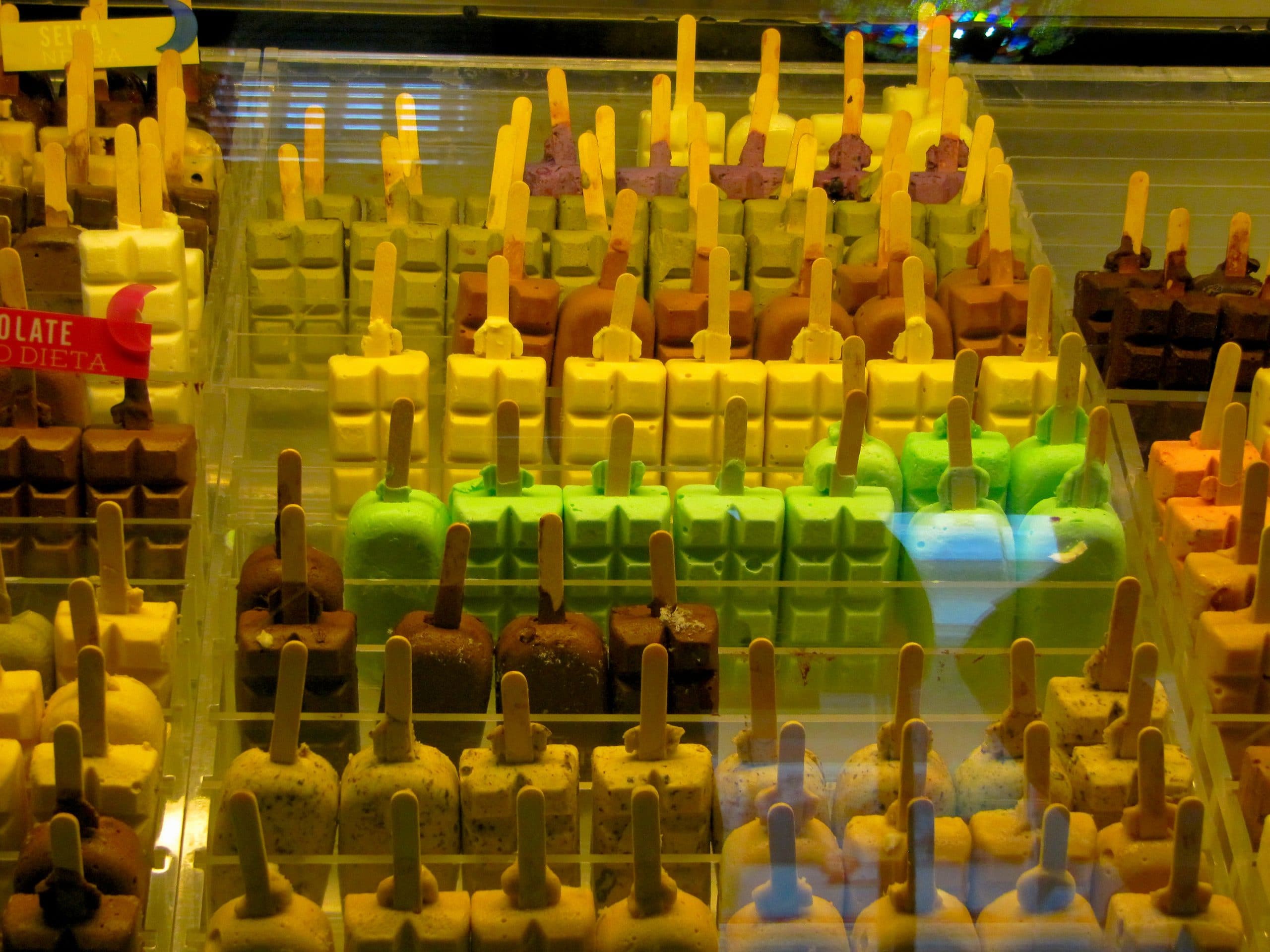 The drinks menu of Colombia is extensive.  The craft beer movement is just entering Colombia. Coffee bushes, not grape vines cover the hills.  The bars of the bigger cities offer extensive rum and tequila menus.  The CTH favorite drink was the non-alcoholic agua aromatíca, a hot tea made of fresh fruit and mint.   The tea is offered with cubes of unrefined brown sugar. 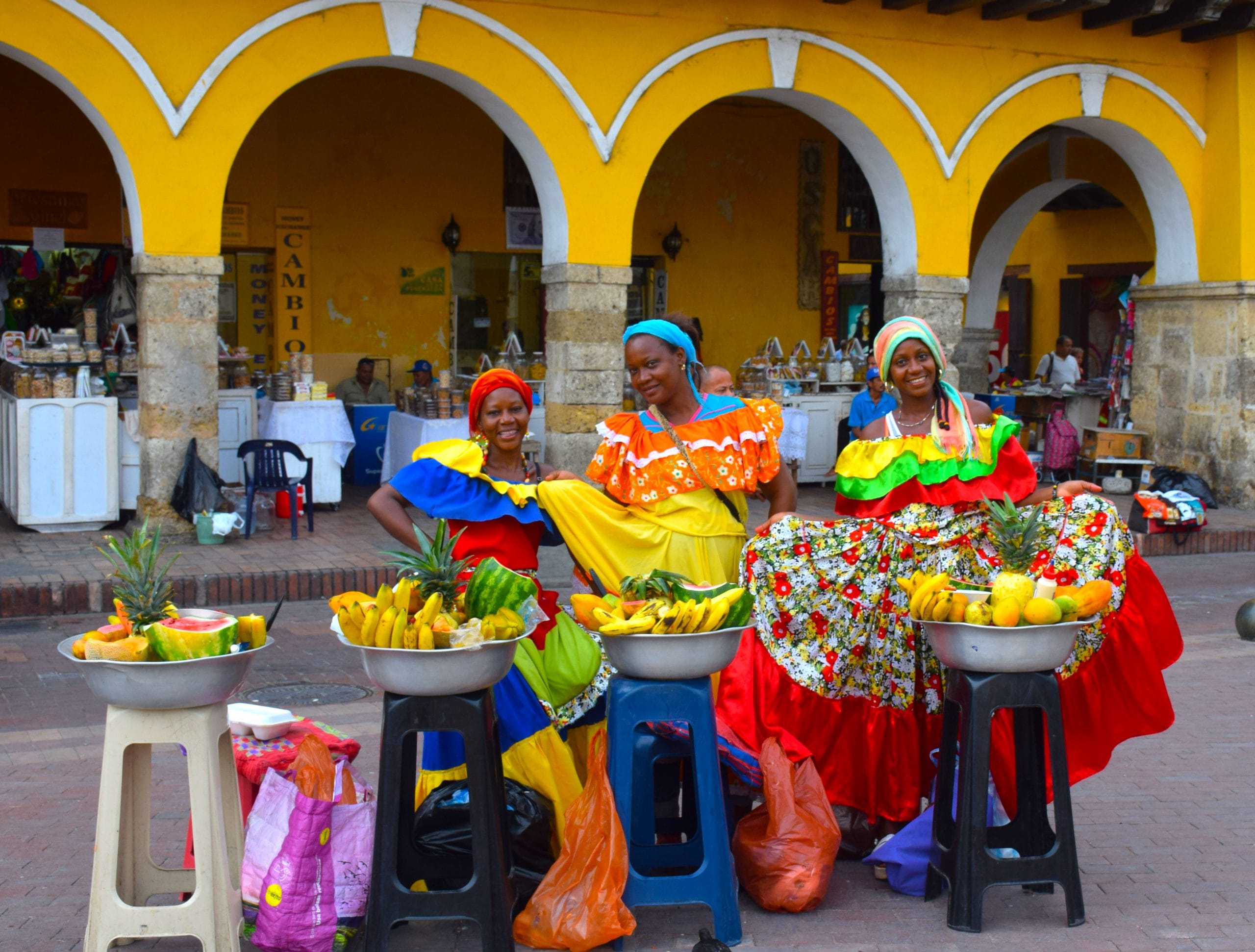 There are many reasons to visit Colombia, having nothing to do with food.  However, after a long day seeing the sights, climbing the hills, and shopping, a great eating experience is in order.   Colombians know their cuisine is special.  Eat your way across the country to experience Colombian cuisine for yourself.