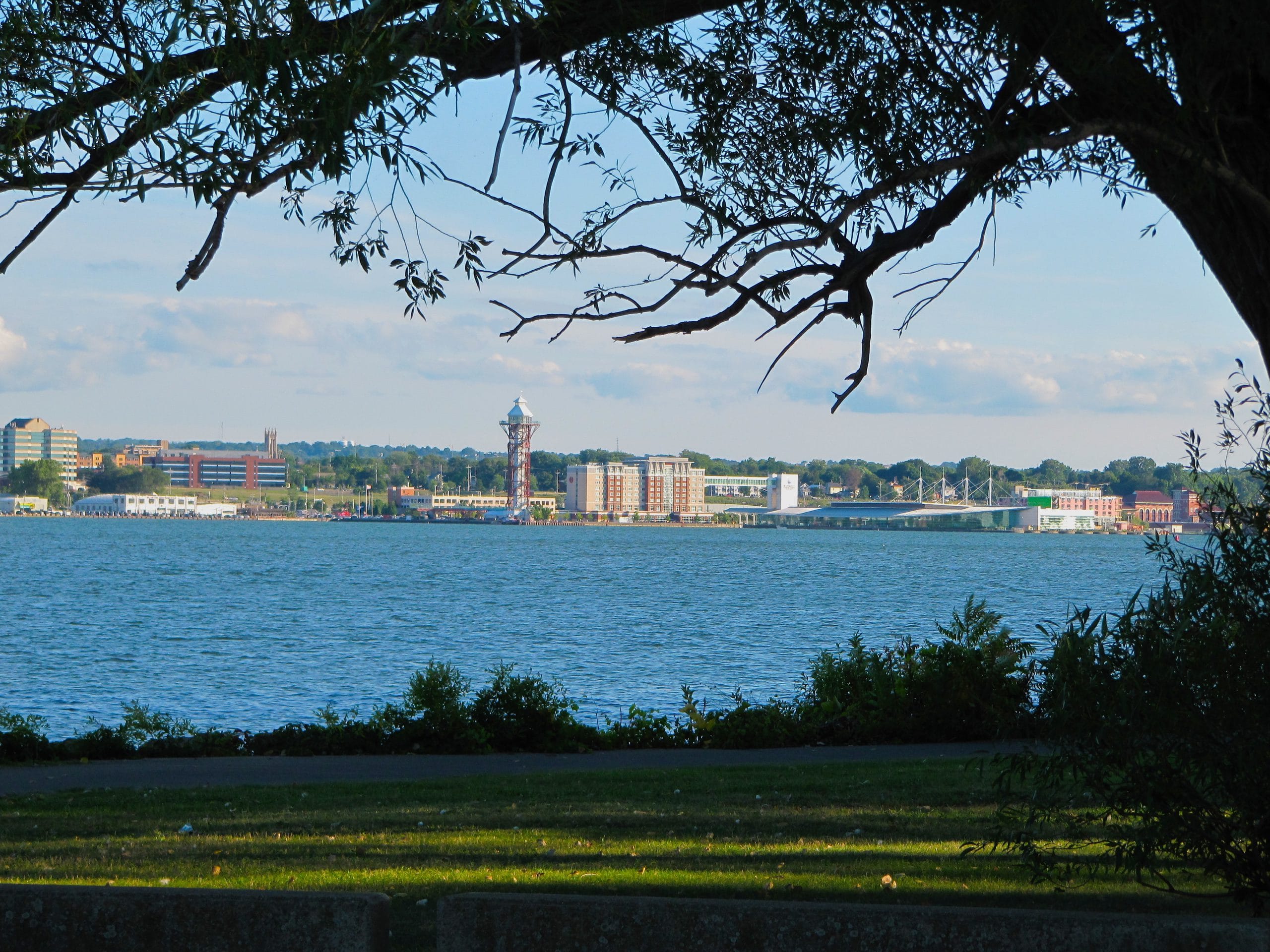 The War of 1812 cast the young United States back into conflict with England.  For the little frontier town of Erie, Pennsylvania, with the small, protected harbor, the war was a step into history as the choice spot for building part of the American fleet.  When commander Oliver Hazard Perry, of the Erie-built Lawrence and Niagara, gave the American fleet its first victory over the British Navy on Lake Erie, the little town swelled in size and prominence.

With its strategic position on the Great Lakes, and proximity to the other industrial towns of Pittsburgh, Cleveland, and Buffalo, Erie grew into a city known for manufacturing.  State Street, at the center of town, became a thriving commercial center.  Erie was well placed to provide critical components to the war effort during World War II.  The 1945 high school graduating classes, such as Erie’s Academy High School, were the first post war classes at the culmination of the sweep of history over Erie. 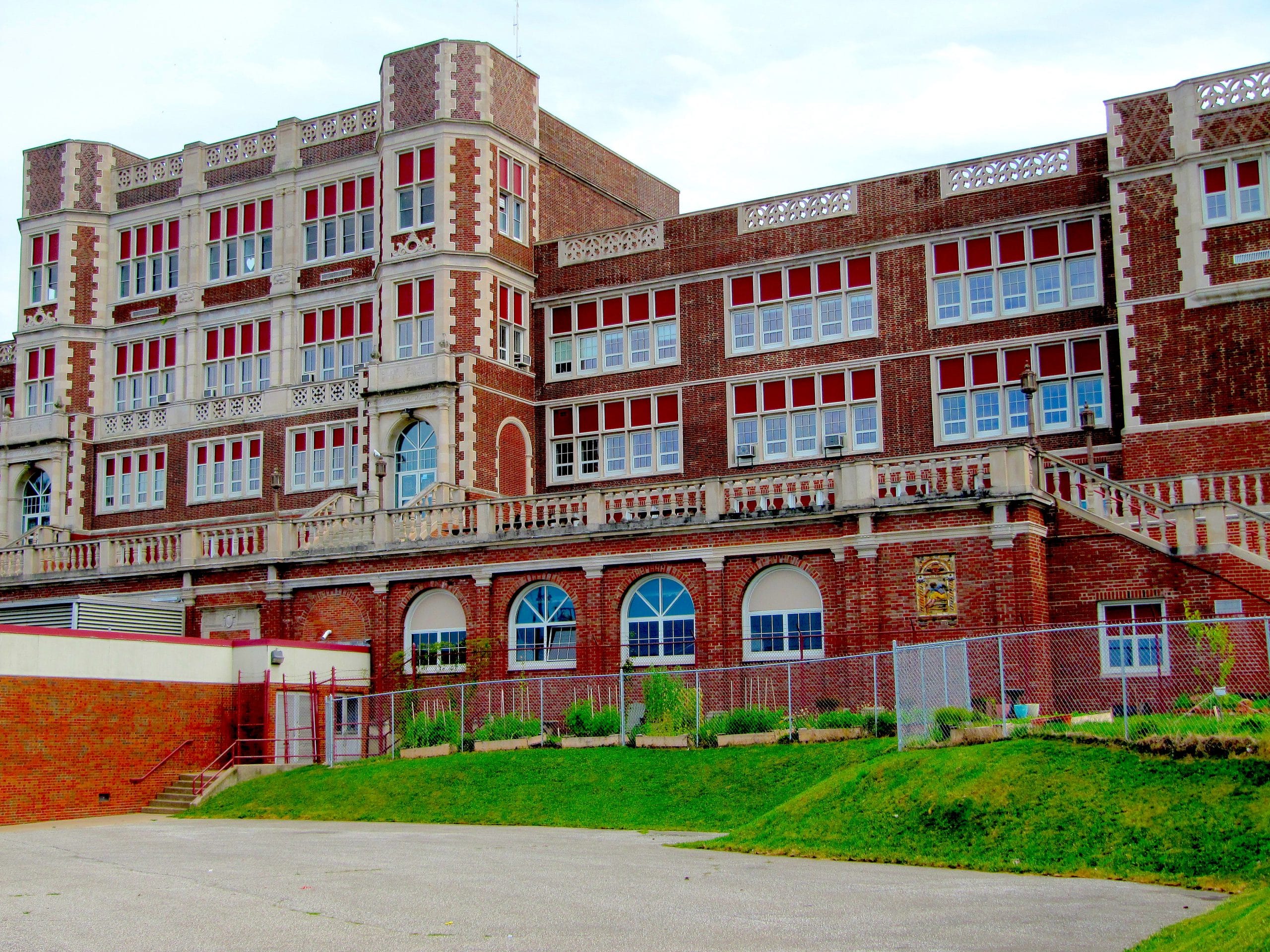 In 2013, the city of Erie celebrated the bicentennial of the victory of the American fleet in the Battle of Lake Erie.  In August 2015, the 1945 graduating class of Academy High celebrated their 70th high school reunion.  Both events became memorable moments in the history of the small town that became a city, and now seeks to sustain its future by remembering its past. 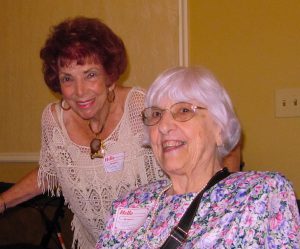 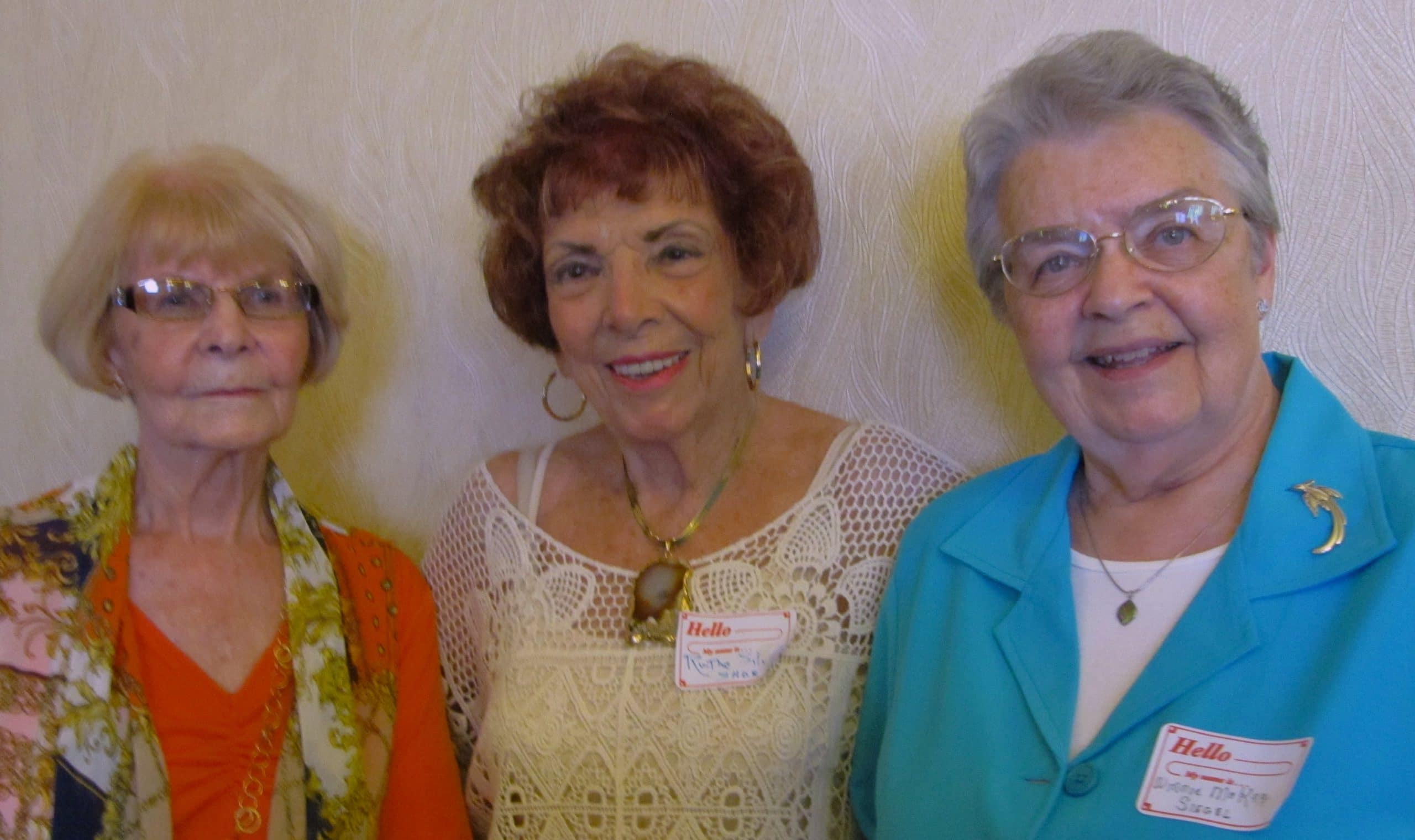 The War of 1812 was one of trade disagreements between France and England, which embroiled the young United States.  France demanded that their allies not trade with the British.  England determined trade with France to be an act of war.  British navy vessels would stop merchant ships and impress the sailors into military service, even citizens of the United States. The British blockaded ports of the United States.  The trade war was damaging to all involved.  Even the boundary with Canada was in question.

The British used its colony of Bermuda as the staging area of the British assault on Washington.  During that action the White House and much of Washington, DC was burned.  After the war, the United States and Bermuda resumed trade. The Treaty of Ghent, Belgium, in 1814, ended the war without resolving any of the issues that caused the war.

In 1813, little Erie, Pennsylvania was the site of a major war effort in shipbuilding.  The activity would define the town for the next 150 years.  Credit for the choice of Erie as the site for construction of a Great Lakes fleet goes to Daniel Dobbins, an Erie schooner captain and businessman.  At the outbreak of the war, Dobbins escaped from a British fort.  He rushed to Washington, DC to convince President Madison that the naturally sheltered harbor behind Presque Island was a strategic location to build and launch a fleet for defense of the Great Lakes.  Overnight the outpost of 500 frontiersmen became a town of several thousand. 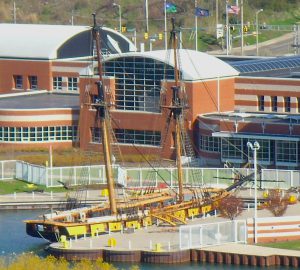 Of the brigs and smaller gunboats built in the harbor at Erie, the Lawrence was launched on June 25 and the Niagara on July 4, 1813.  They were each floated over the protective natural sandbar of the harbor under watch of the British.   On September 10, 1813, fleets of the two nations engaged in the Battle of Lake Erie.

The historical signs leading to the Presque Isle State Park Perry Memorial remind visitors that while Oliver Hazard Perry had a fear of cows, and would march his troops miles around pastures, he had no fear of facing the British navy.  Perry led the little American navy into battle on the flagship Lawrence.  When the Lawrence was incapacitated by British cannon fire, Perry took the battle flag with the words of his friend, killed in battle the month prior, Captain James Lawrence, “Don’t Give Up the Ship,” and transferred by rowboat to the Niagara.

From command of the Niagara, Perry engaged three British warships, almost simultaneously disabling each.  The surrender of the British ships to Perry gave the Americans their first naval victory of the war.  Perry was recognized as a national hero.  A prominent memorial sits today at the tip of Presque Isle, now a state park. 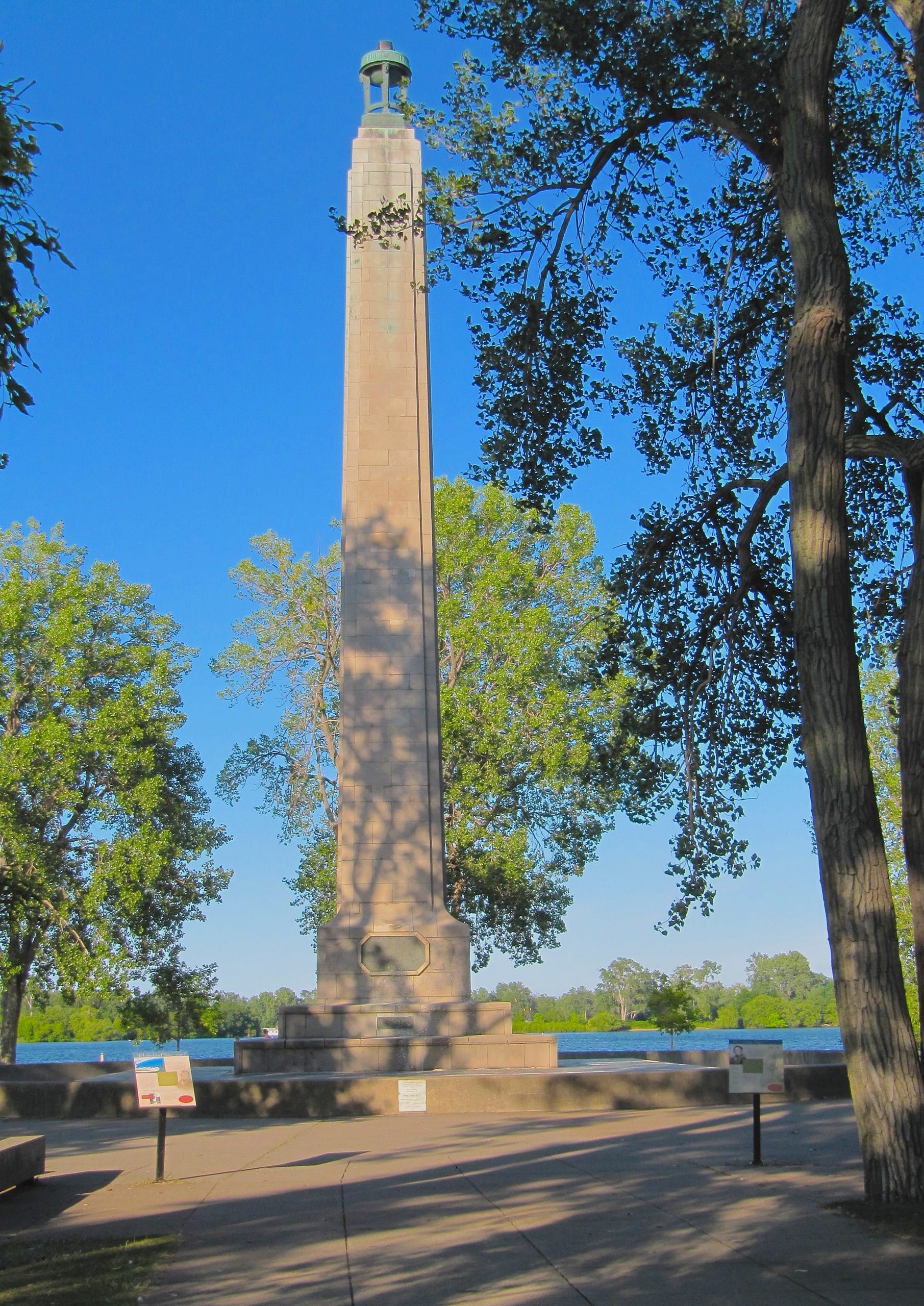 For the next 100 years the Niagara’s fate was improved or faltered, as did the fortunes of post war and depression era Erie.  For the bicentennial celebration of 2013, the Niagara was given substantial restoration, a home in a waterfront museum, and a listing on the National Register of Historic Places.  The museum is now a major visitor attraction. 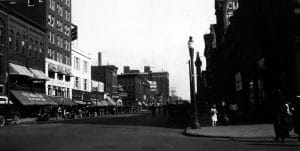 Erie continued as a shipbuilding port to the end of the 19th century, when trains dominated commercial traffic.  Commercial fortunes of Erie rebounded in wartime production for World Wars I and II.  As technology advanced, transistors were manufactured in Erie.  Unable to transition in the computer age, Erie slipped into the Rust Belt of empty warehouses and diminishing population.

In 1945, the post-World War II graduating class of Academy High in Erie knew Erie with its lively State Street district of shops and movie theatres.  For them, everything was possible.  Some graduates left town for distant colleges and jobs in growing cities.  Others remained in Erie, near the homes where they were raised.

As the Class of 1945 met for its 70th high school reunion recently, they chuckled over their pictures from kindergarten and in the Academy yearbook.  They recalled fun times with each other and the Erie of 1945.  Academy High School of their days has survived the wrecking ball due to its stalwart construction and its remaking as a magnet college and career preparatory school.

State Street and the former factories have not faired as well.  State Street is mostly quiet.  There are few shops now that a regional mall near the freeway has become the center of activity.  The red brick factories are empty.

The faithful Erie residents among the Class of 1945 remind us that there is still life in the old town. Cultural events are plentiful and not crowded.  There is a resurgence of shops on Peach Street.  For a treat, they all go to Romolo’s for a hot fudge sundae.  Waldameer Park, the amusement park of their youth, is still in operation creating memories for several new generations.  The old roller coaster spanning the roadway entrance to Presque Isle State Park still looks ominous. 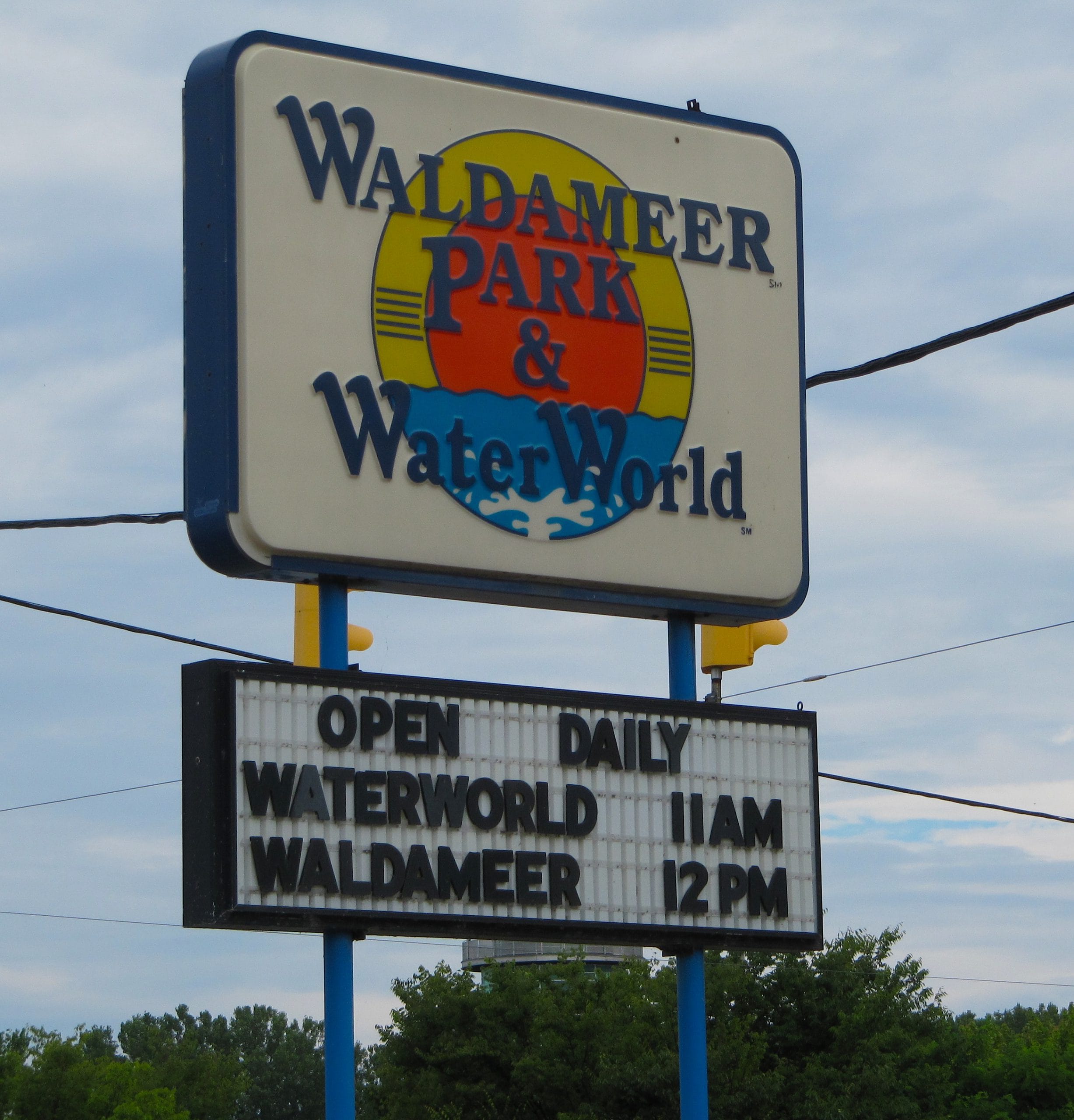 As we leave the reunion lunch at the historic Maennerchor Club, downtown streets are being closed for a summer evening celebration of art and music.  At the old wharf there is a new elegant hotel and dining options.  On a drive through Presque Isle State Park there are hundreds of families enjoying the beaches and a walk to the Perry Monument for a view of Erie.

The future of Erie will depend on how well it respects its past.  Having missed the destructive building boom of the 1970s and 1980s, there is a wealth of 19th and early 20th century homes and business buildings waiting for new occupants.  Adaptive reuse will maintain a local charm and enable places like the yacht harbor to anchor tenants who enjoy affordable, lakeside living, if only in the summer months.

Thanks are due to the Jefferson Educational Society for research assistance on the Battle of Lake Erie, www.jeserie.org and to the Academy High School graduating class of 1945, for allowing me to join in the festivities at their reunion in August 2015.  Credit goes to Rose Marie Collins Hill, Sue Schaaf Jenkins, and Dr. William Lamberton, who chaired the event at the Maennerchor Club, Erie.

For more on the story of the War of 1812, see Cruise through History, Itinerary VIII, Bermuda and the United States, available at Amazon.com.