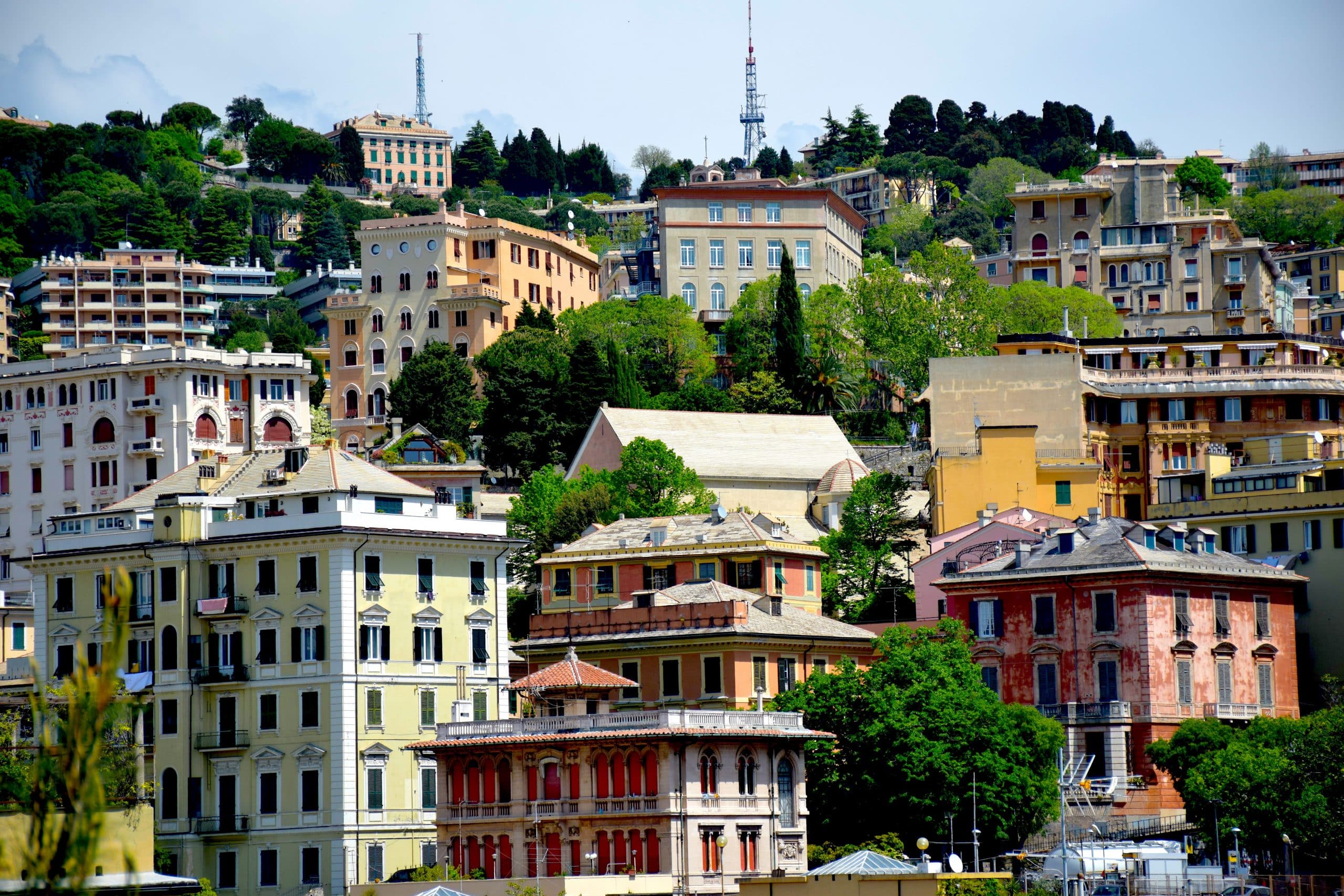 Just a few bends further in the road north, or two more train stops from the popular Ligurian coast cities of Portofino and San Margarita, is the historic power-port city of Genoa.  Often by-passed by tourists, Genoa has much to offer the visitor who seeks to delve into history, separate from throngs of tourists, and spend time among Italians conducting business as they have for at least 800 years.

The success of twelfth century Genoa, which formed the core of the old city, still visible today, was due in part to its natural harbor and numerous able seafarers.  Domination of commerce across the Mediterranean was centered in Genoa by a stable core of business consortiums more interested in controlling commodities markets than kingdoms.  They focused upon sugar and grain not armies.  The mercantile alliances transcended political boundaries. 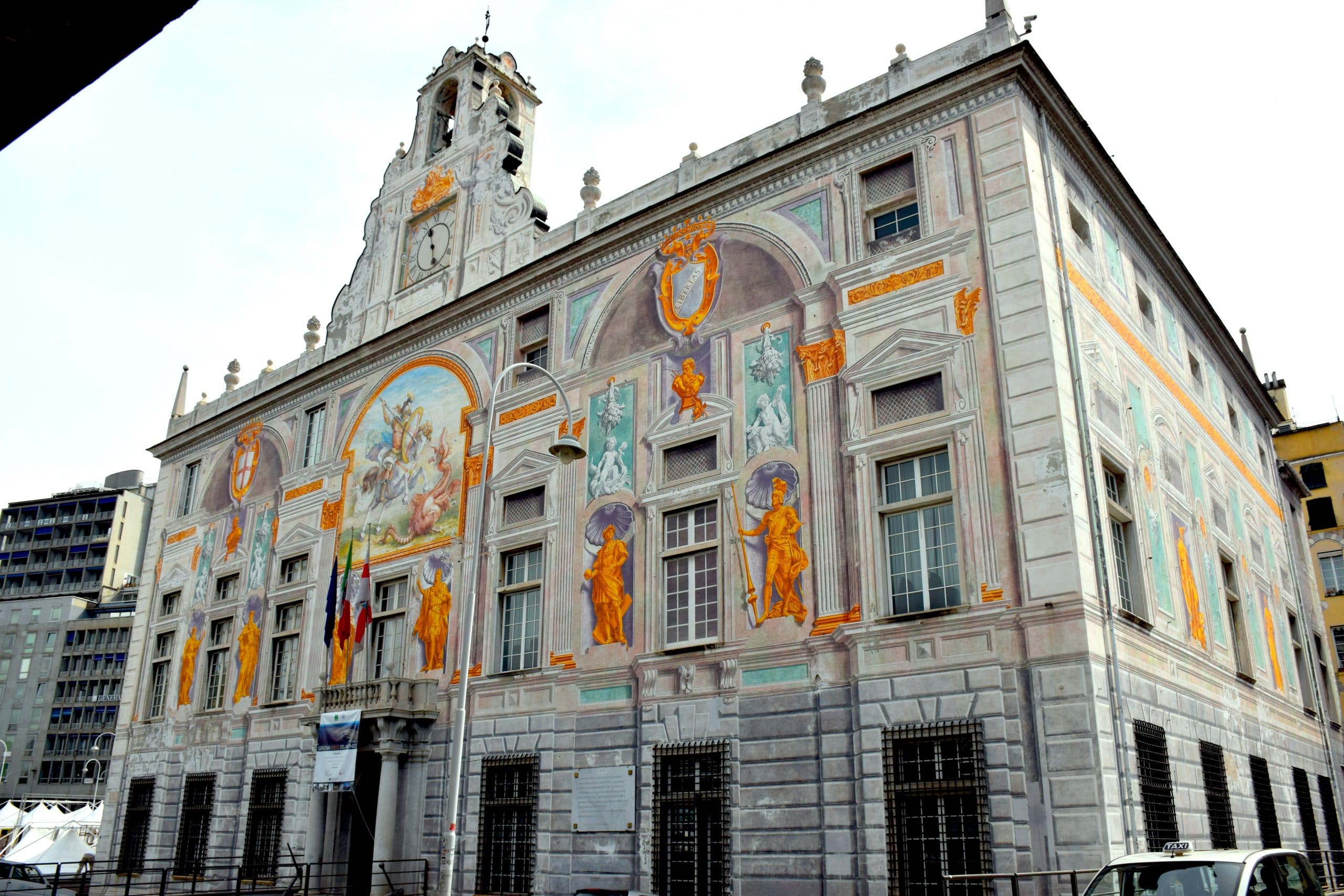 The Bank of St. George, founded by the Centurione dynasty of financiers, was a sovereign wealth fund manager with branches by the fifteenth century in London, Brussels, and St. Petersburg.  They did business from Gibraltar to Goa.  They were dominant in the sugar markets of Madeira, with warehouses in Chios to serve the Mediterranean.  Directors of the Bank hired young Christopher Columbus as a sugar merchant on assignment in Madeira.  The Columbus family home is in Genoa, just outside the city gates.  The Bank financed the 3rd voyage of Columbus and travels of Marco Polo.  The bank was closed by Napoleon in 1806, although the building is preserved in its dominant position on the harbor. 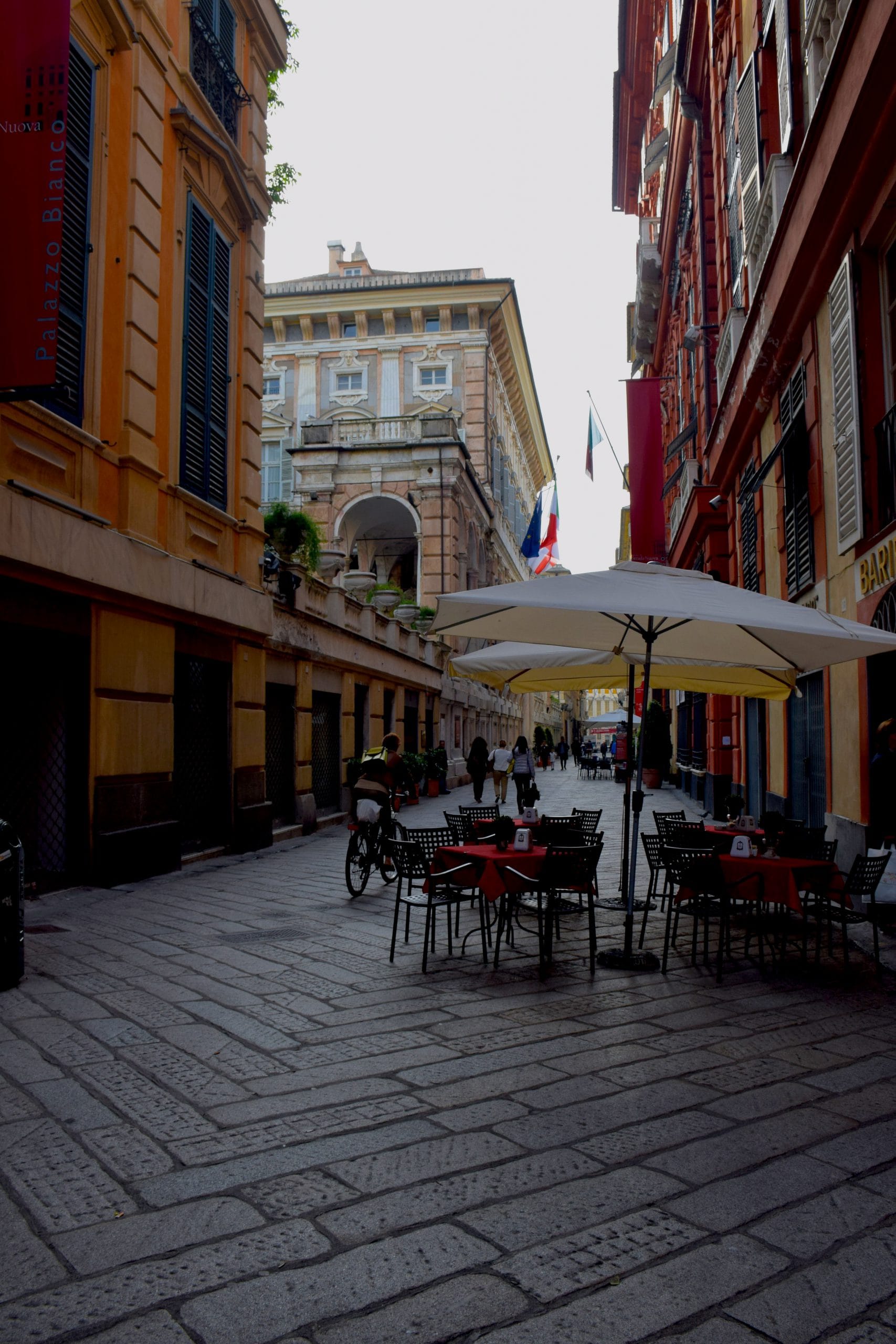 The directors of the Bank of St. George were the key families of Genoa.  They built grand homes along the only wide straight street in the old city.  Today the avenue is Via Garibaldi, a World Heritage Site.  The old estate homes now house modern banks. 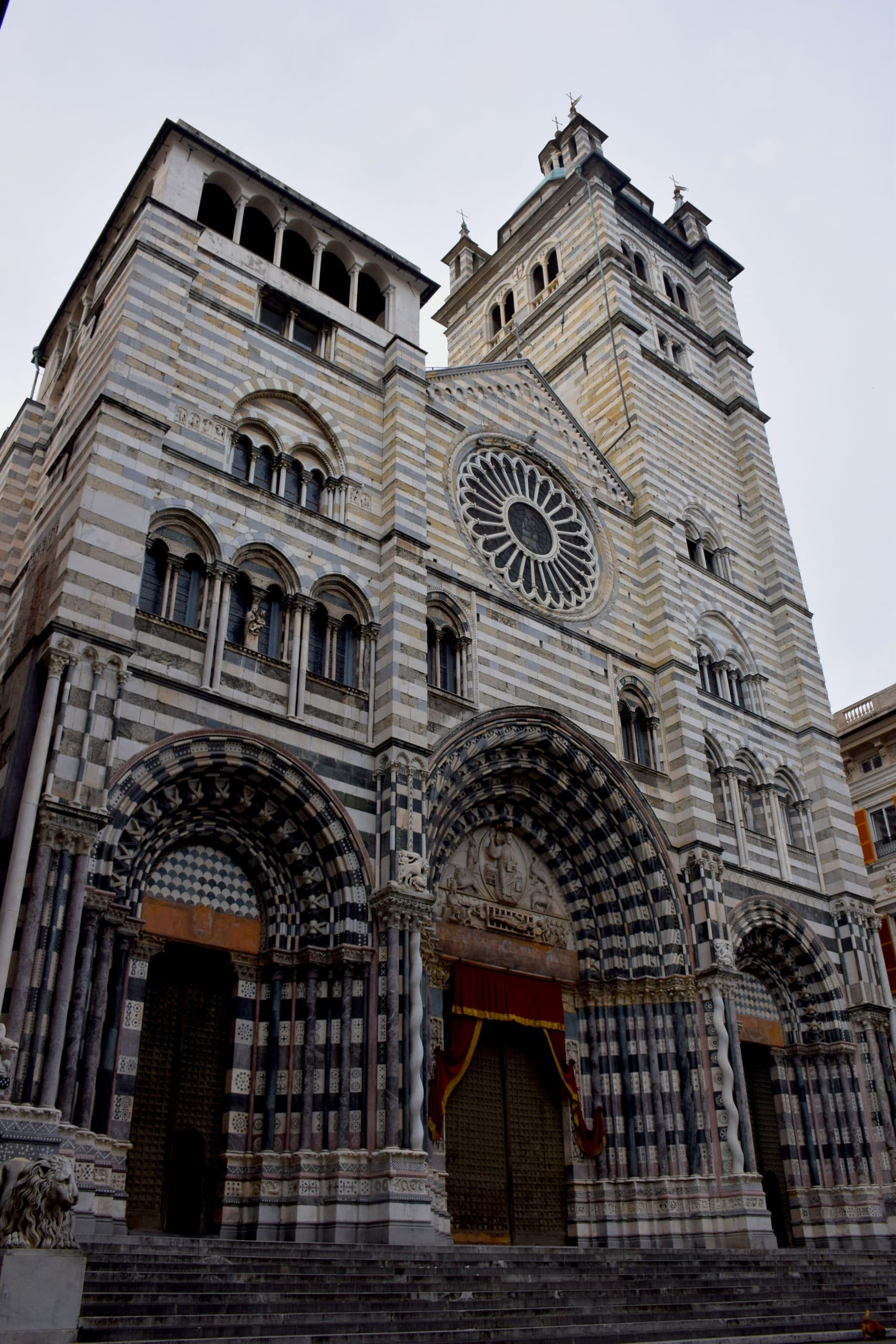 The narrow, winding, dark streets of old Genoa open to small plazas with grand churches.  Notable of the older churches is San Lorenzo.  As the city expanded from the harbor it moved up the steep hill to the castle/fortress.  Today an elevator takes visitors to the vista terrace for a spectacular view of the city and harbor. 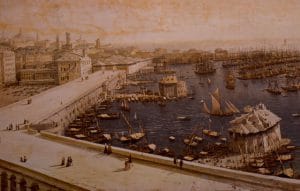 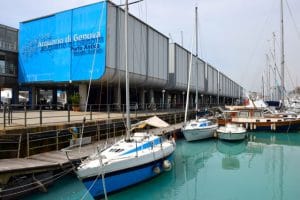 The old harbor is in active use as it has been for 800 years.  Centuries ago a raised and arched pedestrian promenade ringed the harbor.  Today a raised freeway has taken its place.  A modern aquarium sits on the harbor, surrounded by small craft and a new NH hotel. 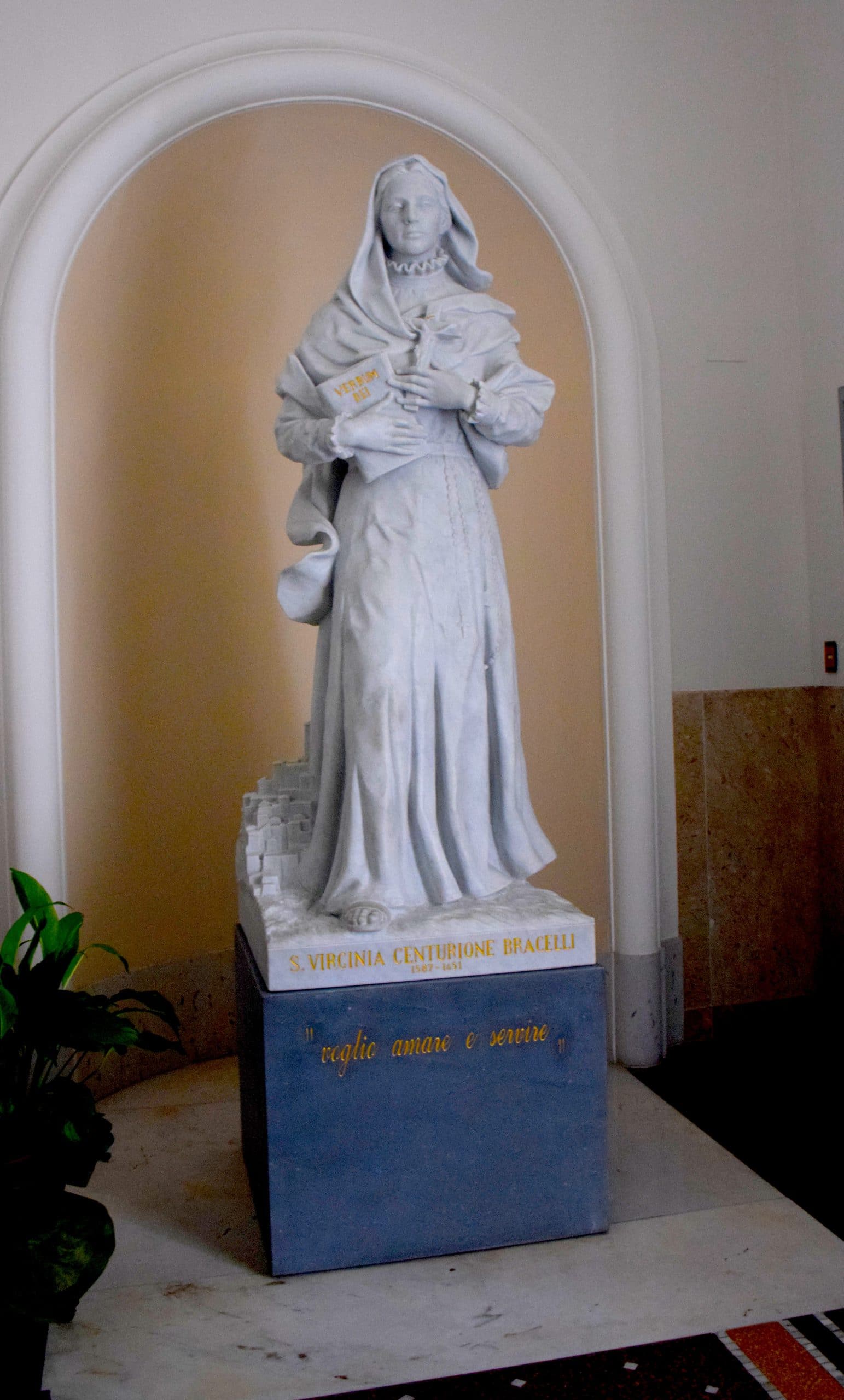 Genoa has its own home-born saint.  Saint Virginia Centurione Bracelli, the daughter of Giorgio Centurione, of the bank, was born in 1587.  She is the patron saint of the Mount Calvary convent in the hills above Genoa.  She married at age 15, nursed her husband through his mortal illness, then dedicated her considerable fortune to the refuge for the needy she founded, now the convent.  She died in 1651, and was canonized in 2003.  The convent is open by appointment.

Today Genoa has 1500 restaurants, which compete to offer inventive dishes, with the freshest ingredients, at modest prices.  Locals enjoy take-away pasta from neighborhood favorites.  Wander through the narrow streets near the harbor to find Soul Kitchen, which offers three course lunches for £10, or the elegant Damare Restaurantbar, with the cracked mirror décor, where a superb fish 3-course meal is £20. 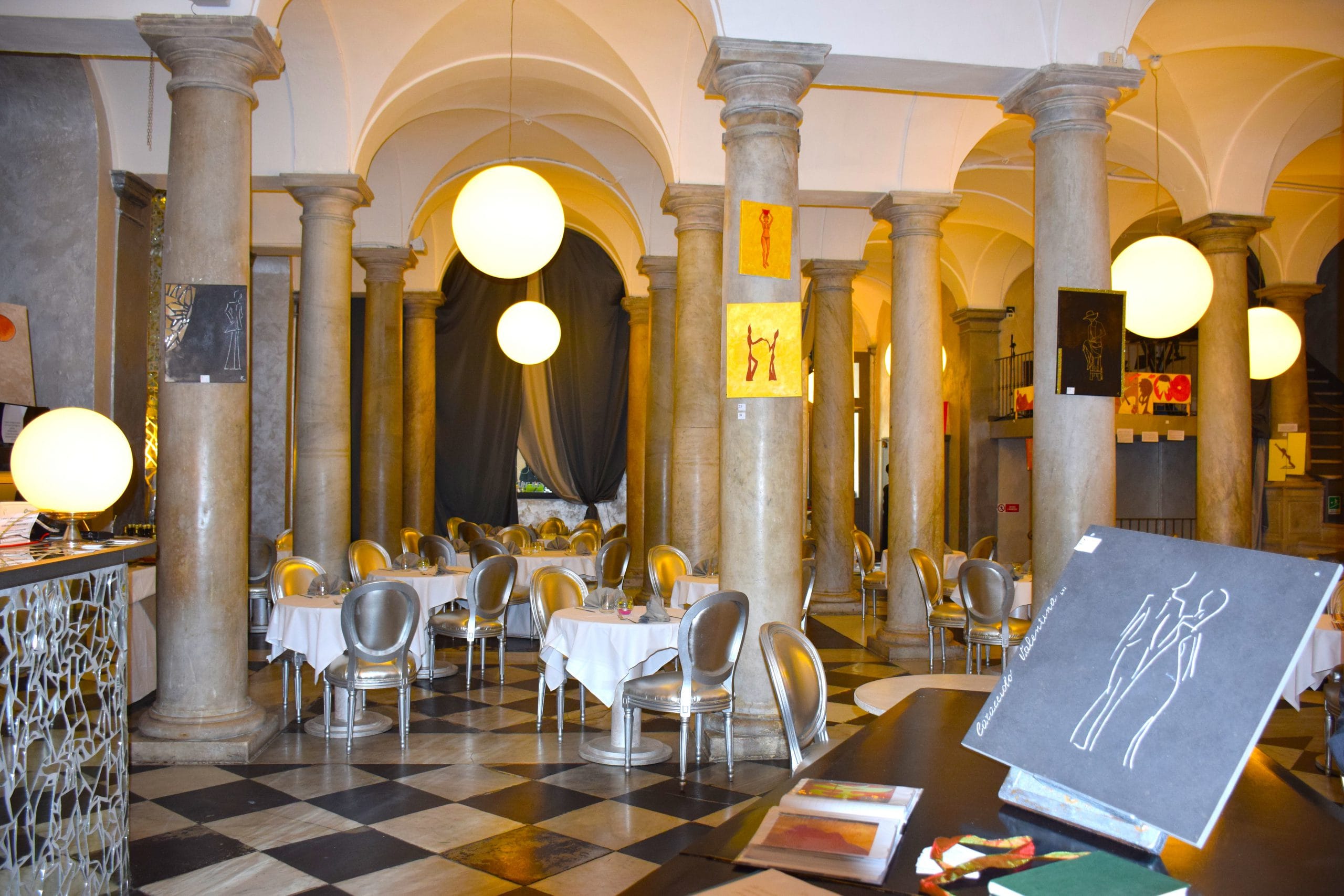 Live in old Genoa like a local in a centuries old room, through airbnb.com for about $30 a night, stroll the harbor by day, and enjoy wine in the restaurants at night.  Tourist buses occasionally stop at the harbor, where visitors line up to enter the aquarium.  The city does not attract crowds.  Genoa is not a museum city.  The city has been preserved in time by continual life.  Columbus would be able to find his way home today, even if he would wonder about the motorcycles parked nearby.

Learn more about Columbus in prior blog posts at this site and upcoming CTH Itinerary V, port of Funchal, Madeira.