How to Stay Healthy on Your Cruise

Imagine yourself on an airplane about to start a cruise vacation that you have anticipated all year. Assume that you have just taken your seat, about to experience an eight hour flight, when the person next to you announces that they have a bad cold and hopes not to interrupt your in-transit nap while they cough and sneeze.  Do you: a. Ask the flight attendant to move you to a middle seat somewhere in the back of the plane; b. Cover your head with the complimentary blanket and sulk; or c. Think positive thoughts that you will not manifest into a full-blown cold and miss half of your cruise activities?  The best answer is none of the above.

It is never convenient to suffer from a cold.  Being congested in a pressurized airplane cabin is bad and spending half a cruise in the ship’s cabin is worse.  There is no cure for a cold and no medication to make the cold go away.

Throughout the cruise industry there is an effort to keep illness, particularly intestinal maladies off the ship.  The number one cause of shipboard illness is the guest who brings their germs among their baggage.  Cabin crews are armed with disinfectant that they dispense in guest cabins twice a day.  Wander a ship in the early morning hours and see staff washing the stair railings and just about every place touched by human hands during the day.  Just try to get past the hand wash station poised at the entry to the café and the attendant will pursue you with a hand wipe.  Cough while at the buffet line and attendees will deftly replace the dishes.

It is in your best interests to stay healthy.  It will make you popular with fellow guests.  So what can you do?  Actually, there are three steps to health maintenance to insure that you will enjoy the full cruise no matter who coughs in your sphere.

Amazing, but true, the flu killed more people in a pandemic in 1918, than did World War I.  More people died from the flu in that year than died in four years of the Bubonic Plague from 1347 to 1351.  In a time prior to inoculations and antibiotics, hand washing was encouraged, public places were closed, and people walked around with gaze masks.  Once infected, a person would experience fluid in the lungs and an inability to breathe.  Contagion was deadly. 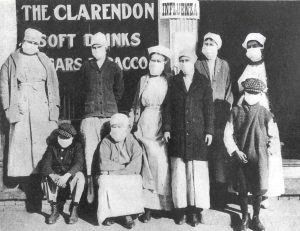 Today flu inoculations are offered for free in the fall from drug stores, physicians, and work-place medical stations.  The specter of mass death is relegated to history.   Still, even a mild cold, without the dire consequences, will keep an otherwise physically fit person from enjoying all that a cruise has to offer.  A treatment used by the military as an illness preventative, and treatment upon infection, is available to the traveler without taking up space in a suitcase.

Under healthy circumstances blood circulation delivers nutrients and removes toxins.  Exercise increases circulation and maintains good health.  Conversely, the thought is that when ill and in times of poor circulation toxins languish in the body, fluids remain in the lungs, and colds last longer or become more severe.  The key to good health is to stimulate circulation.

On a long plane trip what can a traveler do to increase circulation and stave off a cold other than running to the back of the plane to perform emergency yoga?  The answer is hydrotherapy.  During the flight, relax, drink plenty of water, and wash hands thoroughly at each opportunity.  Before and after a flight, take a short, but hot shower, about 104°, followed by 30 seconds of a cold shower.  This will stimulate blood and oxygen circulation.

The CTH health advisor teaches that it takes 3 minutes for blood vessels to dilate in a hot shower or bath and 30 seconds to contract in cold water.  During dilation blood flow increases along with oxygen.  In the contraction inflammation is reduced.  Repeat three times to shock the immune system into activity when exposed to a cold.  Note: When trying this at home have a grab bar handy during the cold shower phase.  Thirty seconds is a long time to endure the cold part. 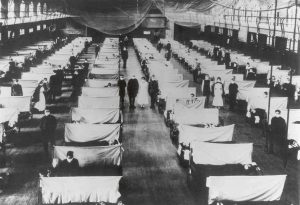 When treating flu 100 years ago, those who were treated with hot then cold baths faired better than those patients who languished in bed.  Increased stimulation of blood flow draws fluid from the lungs and increases oxygen flow.  Those who recall military service when showers finished with cold water may have thought the hot water tank emptied too soon.  Actually, somewhere there was a sergeant concerned for their health.

There are also nutrition supplements that are known to boost resistance to colds.  Ancient mariners took Echinacea to stave off illness.  If there are no Echinacea flowers available to pulverize before the next cruise, the pill form can be found in most groceries or pharmacies.  Vitamin C in large quantities is another resistance booster.  A CTH favorite for 20 years are the tablets from Boots that go fizzy in a glass of water and come in citrus flavors.

Two other immune boosters recommended by physicians are zinc and iodine.  Zinc is the effective ingredient in some traveler’s aides produced under various names and found in pharmacies.  Iodine is a necessary element for good brain function as well as helping to boost the immune system.  Iodine is found in kale and in iodized salt.  Absent a taste for either, iodine can be found in tablet form.

Physicians, naturopathies, and yoga instructors agree sugar is bad for you.  Besides resulting in weight gain and disapproving stares from your dentist, whatever good done by building your immune system is undone by ingesting even small amounts of white sugar.  Resist desert on the plane and consider the deserts on the ship to be part of the table decoration.

If you want to be devilish and apologize for sulking the first time your airplane seatmate coughed on you, offer him or her your in-flight cookie.  Then drink plenty of water on the flight and after.  Spend your time considering what shore excursions you will take to get the most out of your cruise.