A Mothers’ Day Tribute to Two Mothers in History

While preparing to leave for the next series of cruises, I am reminded by the calendar that Mother’s Day will occur during my absence.  After phoning mom, mailing a few cards, conspiring with my siblings on a gift for mom and checking in with my children, I am ready to depart.  Still, my mind wanders to other moms in history, whose devotion to their children can still be seen in monuments preserved over time.

Among all the mothers in history, I have many favorites.  Two are particularly notable for their ability to inspire armies, popes and senators, even if their children balked at mom’s advice.  Letizia Bonaparte and Galla Placidia had 13 centuries between them.  Ever forgiving, and always loving, both mothers built lasting edifices to their children. Worthy of a visit, these places are often overlooked by visitors on the way to Venice or Rome. 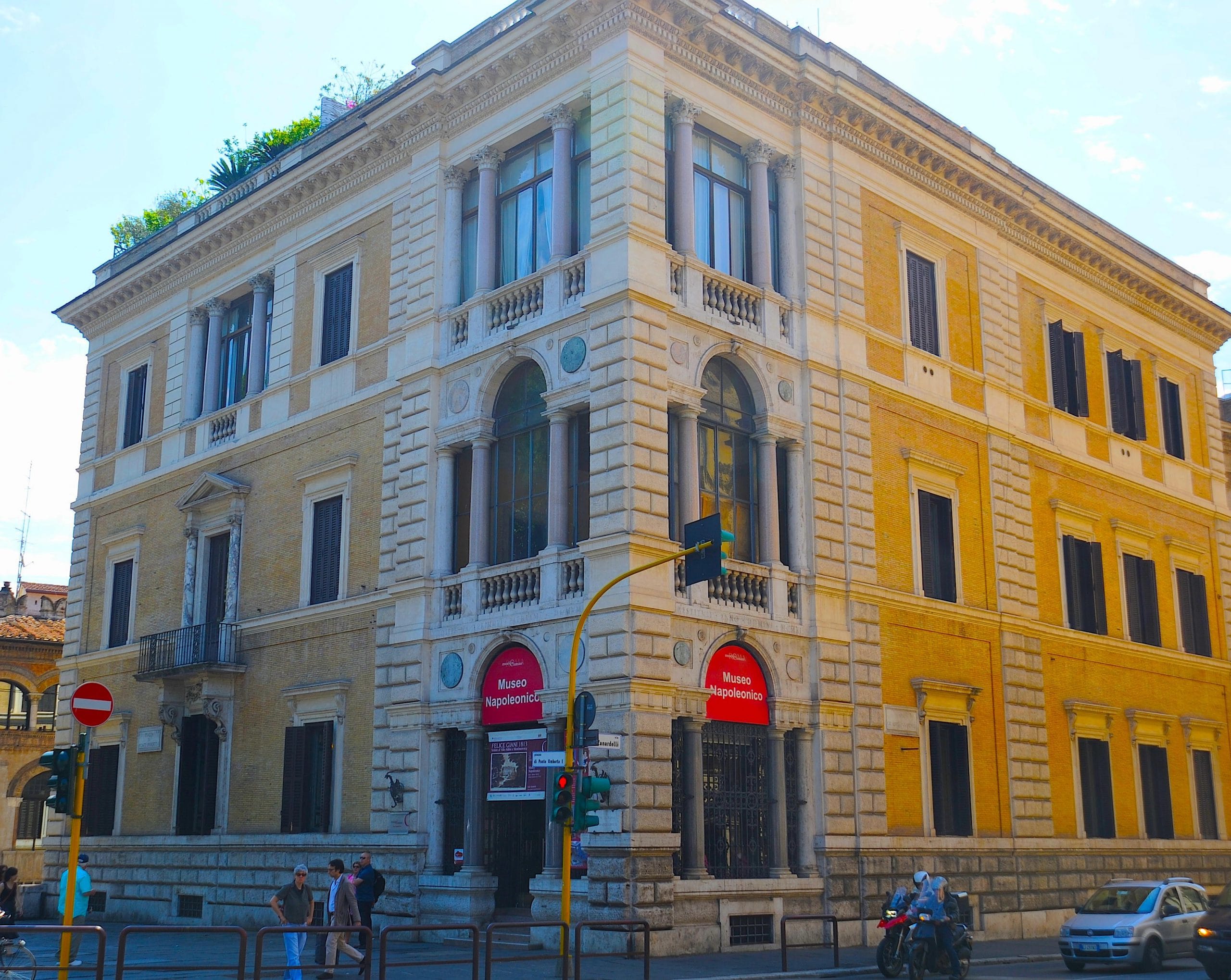 When one man changes control of a continent in a short space of time, it is only natural to ask about the mother that raised him.  Napoleon Bonaparte was often ignored as a boy, revered as a man, exiled, and revered again.  At age thirty he controlled most of Europe and was headed toward Russia.  He was Emperor for Life of France, then exiled to Elba, from which he escaped and later died on the desolate island of St. Helena.  Love him or not, Napoleon was the catalyst for France to move from monarchy to republic.  At each stage of his career, Napoleon demonstrated devotion to his mother.  Their devotion was reciprocal.  His mother followed him to Elba and pined for him on St. Helena.

Letizia Bonaparte raised a family in Ajaccio, Corsica, until she was widowed with eight young children at age thirty-four.  She lived in poverty, washing the family laundry in a stream, until she became Madame Mere, the mother of the emperor in Paris, at age forty-five.  At age sixty-two, she left France ahead of the jailors, to settle in Rome.  Wherever she went, Letizia Bonaparte kept track of her eight children.  As each child became a king, princess, or queen, she was always ready to provide a mother’s support to whichever child was in need.  She counseled her children to save some of their wealth for the down times.

Napoleon endowed Letizia with the titles of Protectress of the Hospital Sisters and Sisters of Charity.  She enjoyed her ability to oversee the benevolent side of the government.  The position also came with one million francs a year for household expenses.

Letizia enjoyed seeing her children revered as royals, although she refused to live in the palace.  Napoleon purchased a house for her in Paris. As her children spent lavishly on their new lifestyles, Letizia quietly made financial investments in Corsica, Italy, Spain, and London. Her portfolio grew.  She restored the family home in Ajaccio, Corsica. 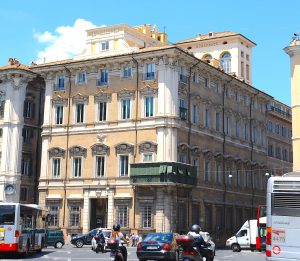 In Rome, Letizia purchased a three-story, 17th century palace, for her home on the Palazzo Venezia.  She spent time in Rome taking walks through the Forum and Coliseum.  Each member of the Sacred College of cardinals welcomed her as a celebrity.  When Letizia was presented to the pope, they had a long discussion.

Just before her eightieth birthday, Letizia broke her hip.  She was housebound.  French, British, and Austrian authorities restricted Bonaparte children living outside of Rome from visiting their mother.  The governments feared a resurgence of the Bonapartes.  This would occur, despite their efforts, in 1852, when Letizia’s grandson, the youngest son of Louis, would reign as Napoleon III, from 1852 to 1870.

In January 1836, a screen was placed in Letizia’s bedroom so that her admirers could file through as she lay dying.  Letizia Bonaparte, the widow of Corsica, the mother of the emperor of France, and the exile in Italy, died in her bed on February 2, 1836.  It was unfortunate that she did not live long enough to see the Arc de Triomphe dedicated to Napoleon later that year.  She was entombed on Corsica in 1851, by Napoleon III.

Due to the proficient collecting efforts of Letizia, there are three well-stocked Bonaparte museums open today.  One is the Mulini Palace on Elba, where Letizia sent many of the Bonaparte furnishings from Paris at the time of exile.  A second museum is Casa Bonaparte in Ajaccio, Corsica, Napoleon’s birthplace.  It sits on Place Letizia, so named by Napoleon.  A more extensive museum collection of the times is in the Ajaccio Town Hall. 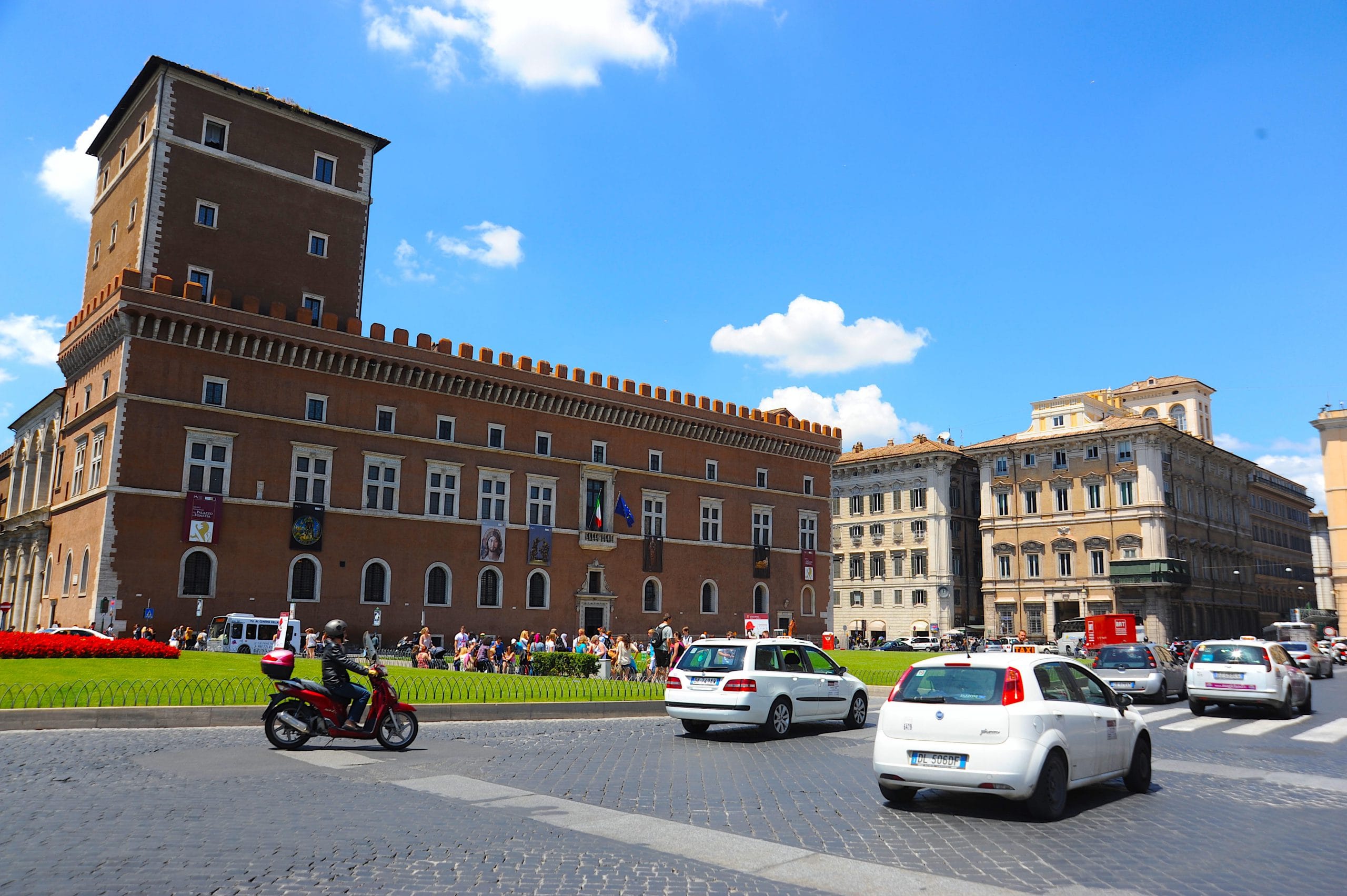 The museum in Rome began at the home of Madame Letizia, where she collected the busts of the children and paintings. There are works of the famous sculptor Canova, depicting Letizia and Napoleon.  The elegant building, facing the Italian Parliament and having a more direct view of Italian politicians than the adjacent former home of Mussolini, still dominates the square.  The Bonaparte name is prominent across the top floor.  It now houses a private corporation and a Madame Letizia snack shop.  Today a museum is housed in the former home of a Bonaparte cousin, on the banks of the Tiber.

In the 5th century CE, bands of barbarians roamed Europe.  The Christian world was in disarray, as the divinity of Christ was debated.  Years of war and plague left Rome diminished.  Human existence was on the verge of entering the dark ages. 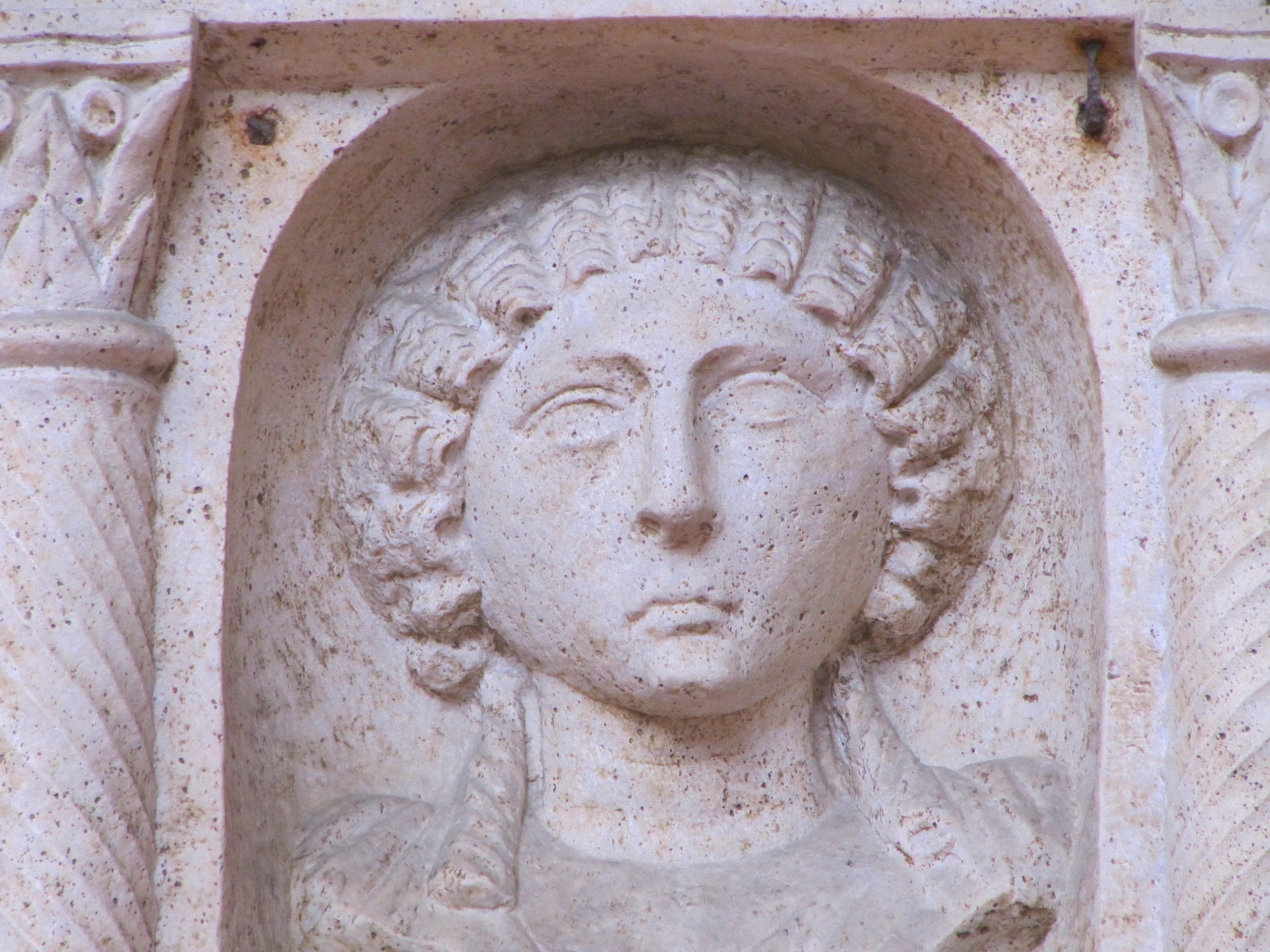 In the midst of court intrigue, politics of an evolving church and Huns threatening to sack Rome, one young woman became a force of stability.  She was beautiful, bright, and wellborn.  She was also a savvy diplomat, who could deal with the Roman senate.  She was Galla Placidia, a patron of the arts and a mother devoted to her children.

Galla was bestowed by her father and half-brother, Emperor Theodosius I and successor Emperor Honorius in Rome, and nephew, Emperor Theodosius II in Byzantine Constantinople, to be Augusta, empress of Rome and Ravenna.  Before there was a Vatican in Rome, Galla made Ravenna the center of Christendom.  She was first to use the term “pope” as the father of all bishops, although the church today denies her role.

Galla endowed churches in Ravenna and embellished them with art in mosaics that endure, including a mausoleum, in the mode of the mausoleum Constantine built for his son in the 4th century, outside of Barcelona.  A trip to Ravenna today reveals the Galla Placidia legacy of more 5th century mosaics than anywhere else in the world, including those in the tiny Mausoleum of Galla Placidia, in which there are no burials. 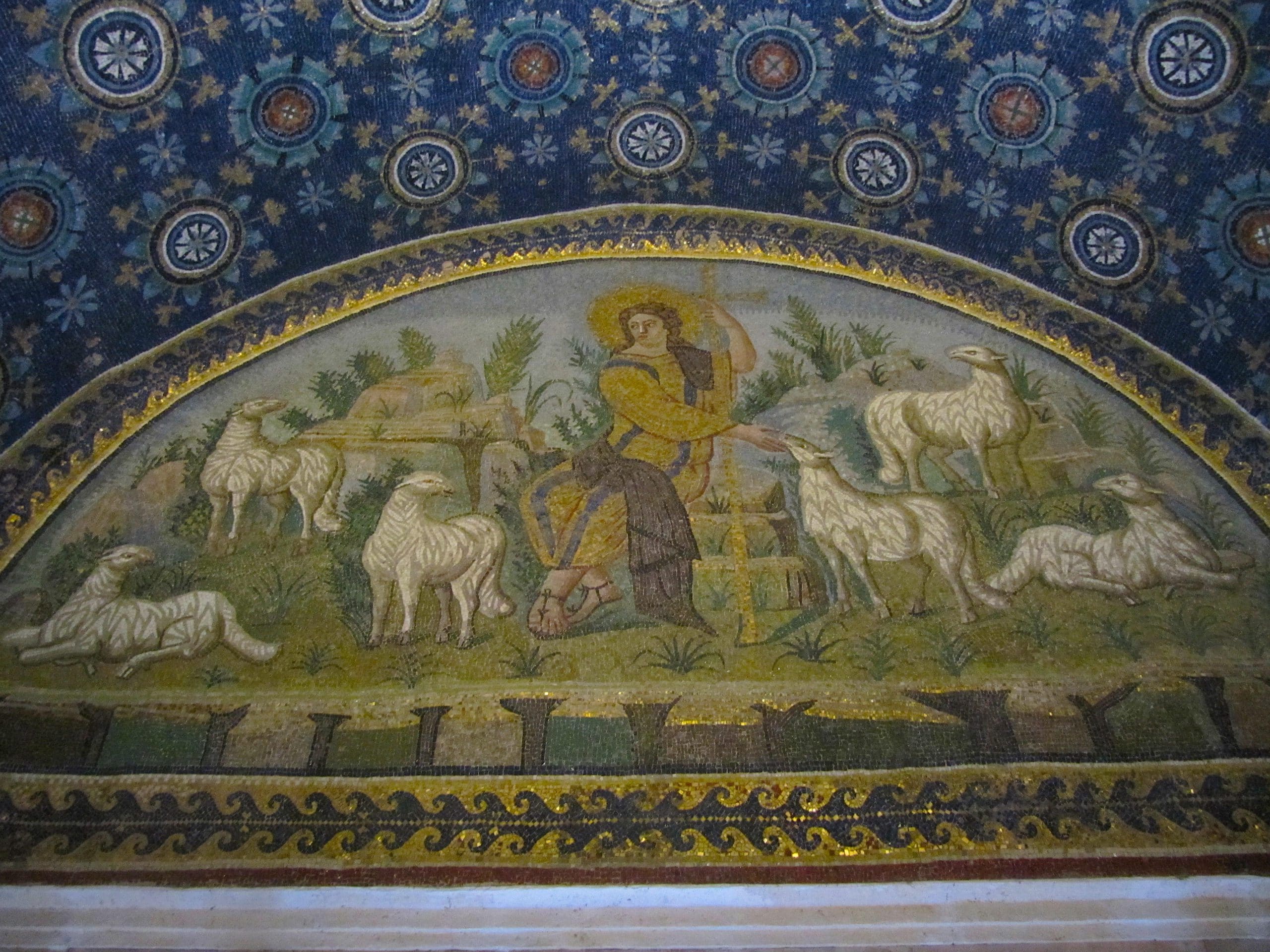 Galla was born in 390 CE.  In the next five years, both of her parents died.  Raised as a noble in Rome, Galla witnessed the sacking of the city by Visigoths, before she was 20.

Galla fell in love with her captor, the handsome and personable Visigoth leader Athaulf. She was 24.  They were married in the encampment in Narbonne, in the south of France.  As a wedding gift, the groom promised not to again sack Rome.  Unfortunately, their son died near Barcelona and soon thereafter Athaulf was dead.

Emperor Honorius negotiated with the Visigoths to return Galla to Rome in exchange for grain.  Once in Rome, Honorius insisted that Galla marry the politically appropriate, inept and not too charming Constantus.  Together the couple had two children, Honoria, born in late 417, and Valentinian III, born in 419.  Honorius deferred to Galla’s rule in the empire, while he went off to enjoy life with his new bride.

Keenly aware of the status of women in the church, Galla did not flaunt her power.  When she wished to convene a synod at Spoleto to discuss church matters, she did so under the leadership of a bishop whom she enlisted for the purpose.  Through Bishop Paulinus, Galla made certain to include bishops from across Italy and northern Africa.  Broader participation of bishops diluted the impact of the warring factions of bishops in Rome.  In effect, Galla unified the Catholic Church.

When Honorius died, Galla’s nephew, Theodosius, emperor of Byzantium, proclaimed the six-year-old Valentinian III emperor of Italy.  His capital was Ravenna.  Galla was regent ruler on behalf of her son.  Gold coins were minted in 424, depicting Augusta Galla, imperial mother.  Galla used the occasion to proclaim a new law that the head bishop of Rome would henceforth be the pope of the Catholic Church.

Always the astute realist, Galla made peace with the Roman generals.  She promoted disloyal generals to positions with wonderful titles and assignments in faraway places.  Possible conspirators were far apart and easily appeased.

With Galla in charge Rome was secure.  Galla had long-lasting allies among the Goths.  The new terror on the doorstep for Goths and Christians was Attila the Hun.  Galla used part of her considerable wealth to pay the pagans to wage their wars far from Christian cities.  Galla even paid homage to the Roman senators, with whom she joined in supporting measures that kept the power of the generals in check.

In 437, Valentinian reached his majority.  As emperor, he chose to marry the daughter of his cousin Theodosius II.  In deference to the bride’s family, the wedding took place in Constantinople.  The bride was a secondary attraction to her powerful mother-in-law.

Galla’s daughter, Honoria, was the rebellious one in the family.  She was unconcerned with how her actions reflected upon the royal family.  The siblings were thrown into conflict when Honoria was seen cavorting with men of lower social status, an offense punishable by death.  Valentinian’s solution was to arrange a marriage between Honoria and a suitably boring senator.

Honoria reacted to the marriage plans by reaching out to Attila the Hun, who was camped outside Rome.  Honoria sent him a ring to prove her identity.  Attila interpreted the gesture as a marriage proposal.  Huns were known to be brave, but not too bright.

The Huns drew their forces together at the gates, threatening the city.  By engaging the Huns, his sister undid Valentinian’s peaceful reign.  Her imprisonment was imminent.  For Galla, who had calmed the arguments of popes, generals, and Huns, her children posed the greater challenge.  She rode out to meet Attila and paid him to leave Rome.

Honoria dropped out of public sight, but the damage to Valentinian’s leadership was fixed.  In 455, five years after Galla’s death, an assassin brought an end to Valentinian’s reign.  Galla’s dreams of a long dynasty founded by her grandfather died with him. 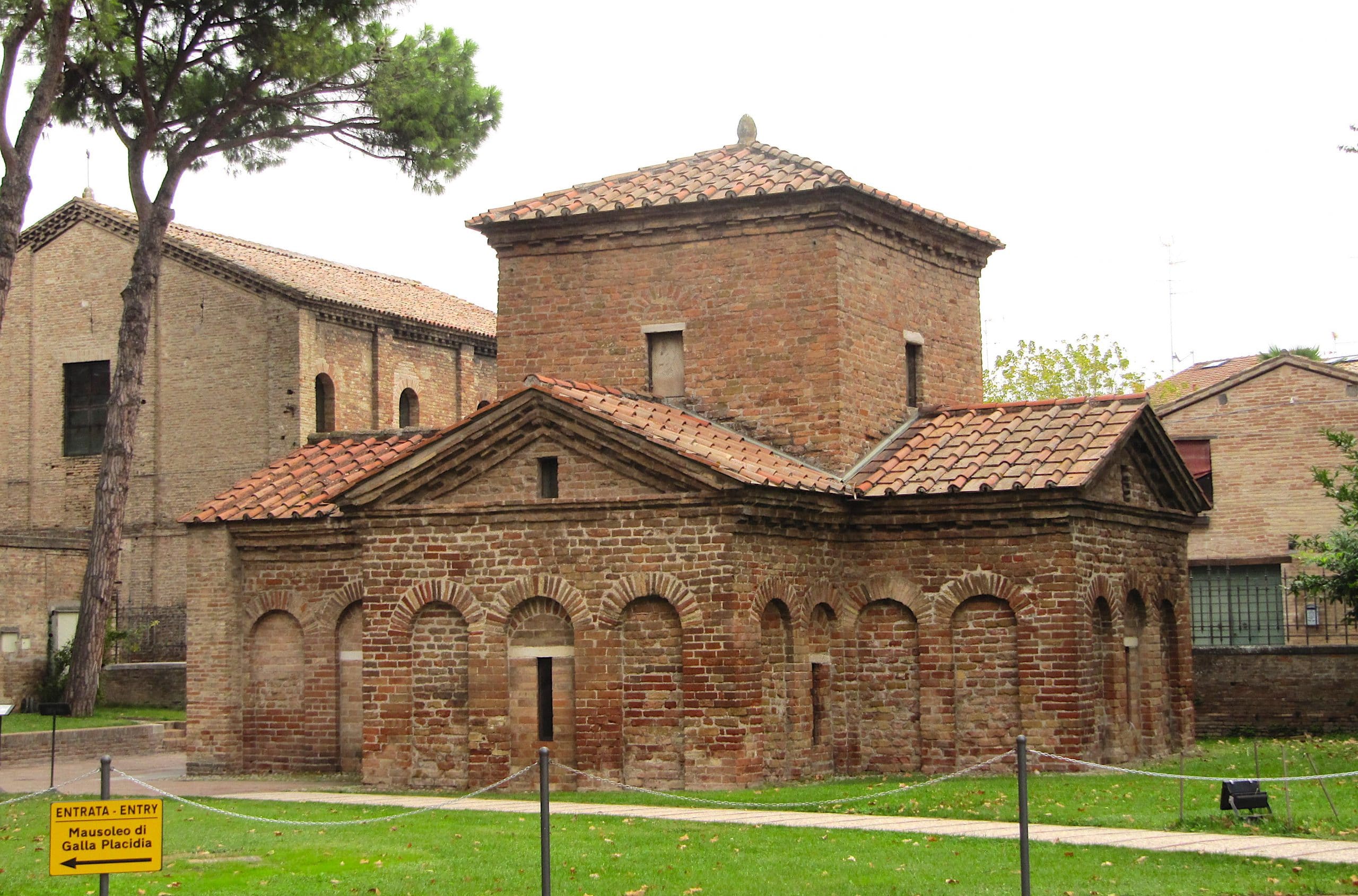 The best-preserved structure in Ravenna, with the fifth century mosaics intact, is the Mausoleum of Galla Placidia.  The building looks tiny as it sits on the grounds of the imposing Church of Saint Vitale, built in the sixth century. The whole complex was placed on the World Heritage list in 1996.

For more on the stories of Galla Placidia in Ravenna and Letizia Bonaparte in Ajaccio and Rome, see Cruise through History, Itinerary II, Rome to Venice, on sale in paper and e-book at Amazon.com.  Send a copy to your mother.