Ever since the Panama Canal opened in 1914, it has provided an ongoing opportunity to shortcut transit from the Atlantic to the Pacific.  Two lanes can progress ships through the locks; three locks to take ships up from the Atlantic to Gatun Lake or the reverse, and three on the approach to the Pacific, where the level of the ocean is about 80 feet lower than the lake.  An effort to build a third and larger channel was begun toward the end of World War II.  The third channel would have accommodated larger military ships.  The efforts ended with the war. 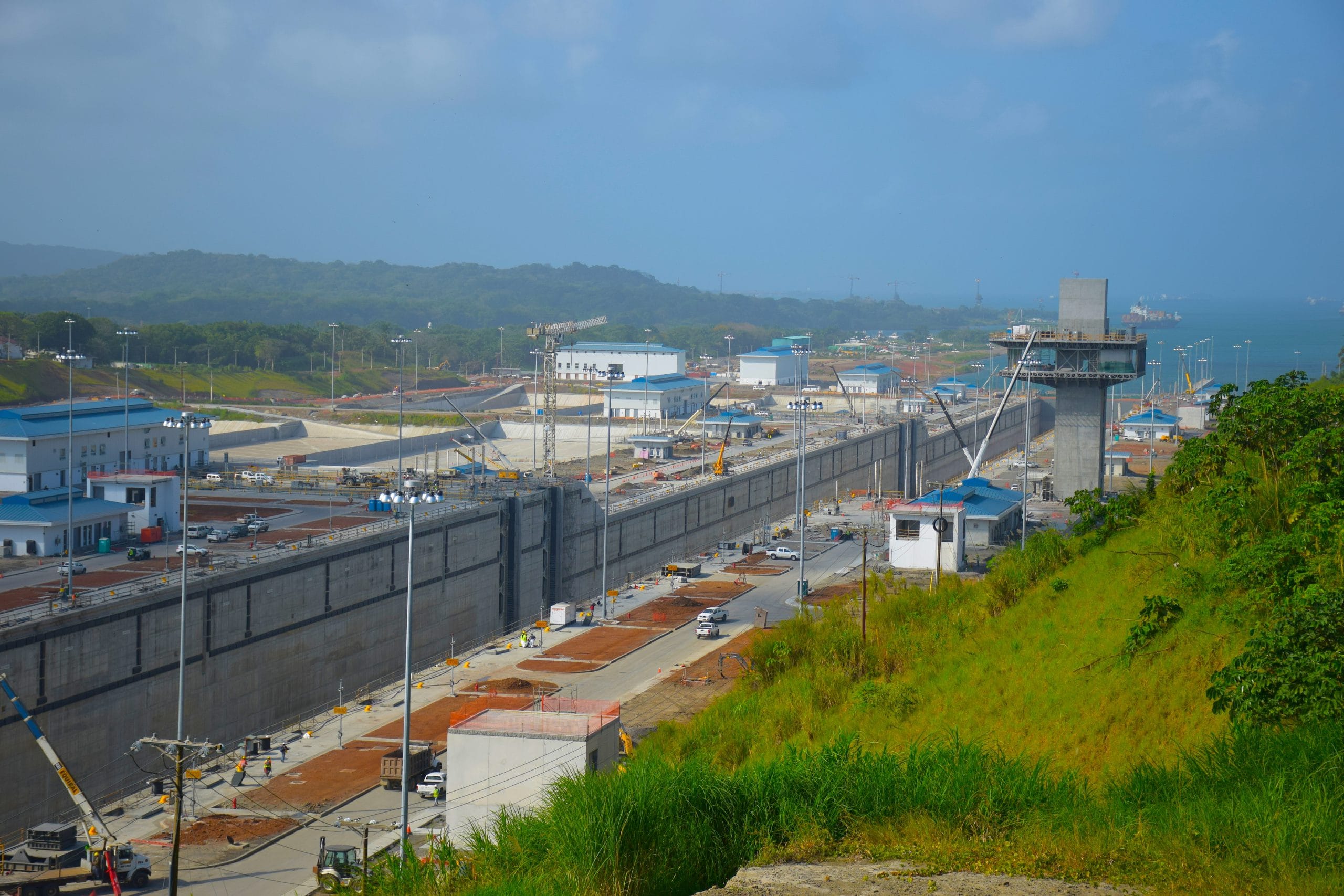 broad picture of new locks as of January 2016

In 2007 there was renewed interest in a third and larger system of locks to allow larger cargo ships to pass through the Panama Canal.  The so-called Pana-Max ships were ordered by shipping companies as digging the new canal began.  The multi-nation consortium of the Canal de Panama, which no longer included the United States, had a goal of opening the new locks on the centennial of the first canal passage, in 2014.  The centennial was celebrated on the original canal, when building delays frustrated hopeful organizers and customers. 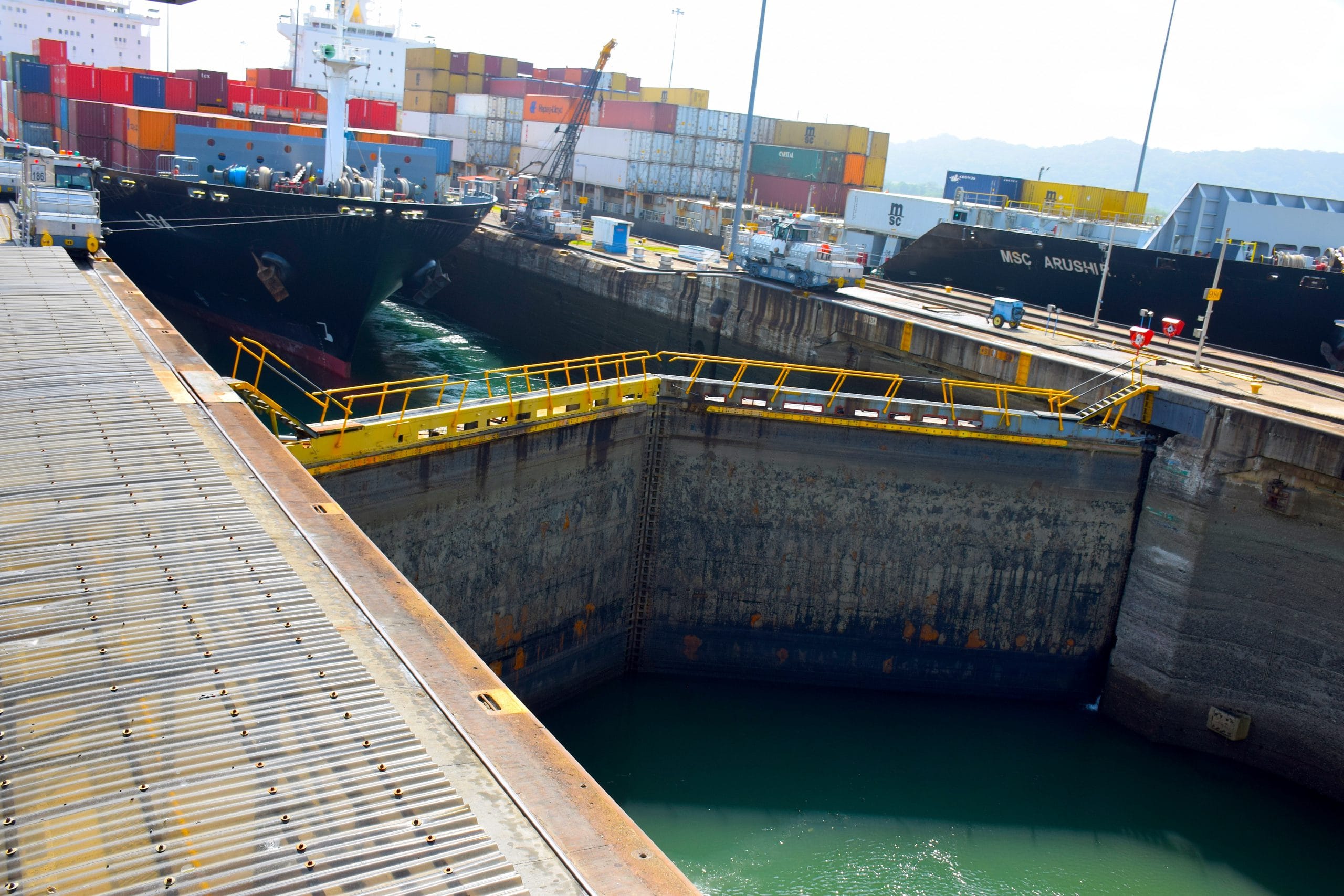 a ship in the current locks being lowered

As of January 2016, the spokesperson for the Canal de Panama predicts the new canal will open sometime in the 3rd quarter of this year.  Given the status of construction, the date looks promising.  Left to complete are tests of the locks and channel to assure shippers there will be no delays once opening is announced.  Earlier in 2015 a defect in cement poured into some locks led to a battery of new tests and unfortunately a delay of opening. 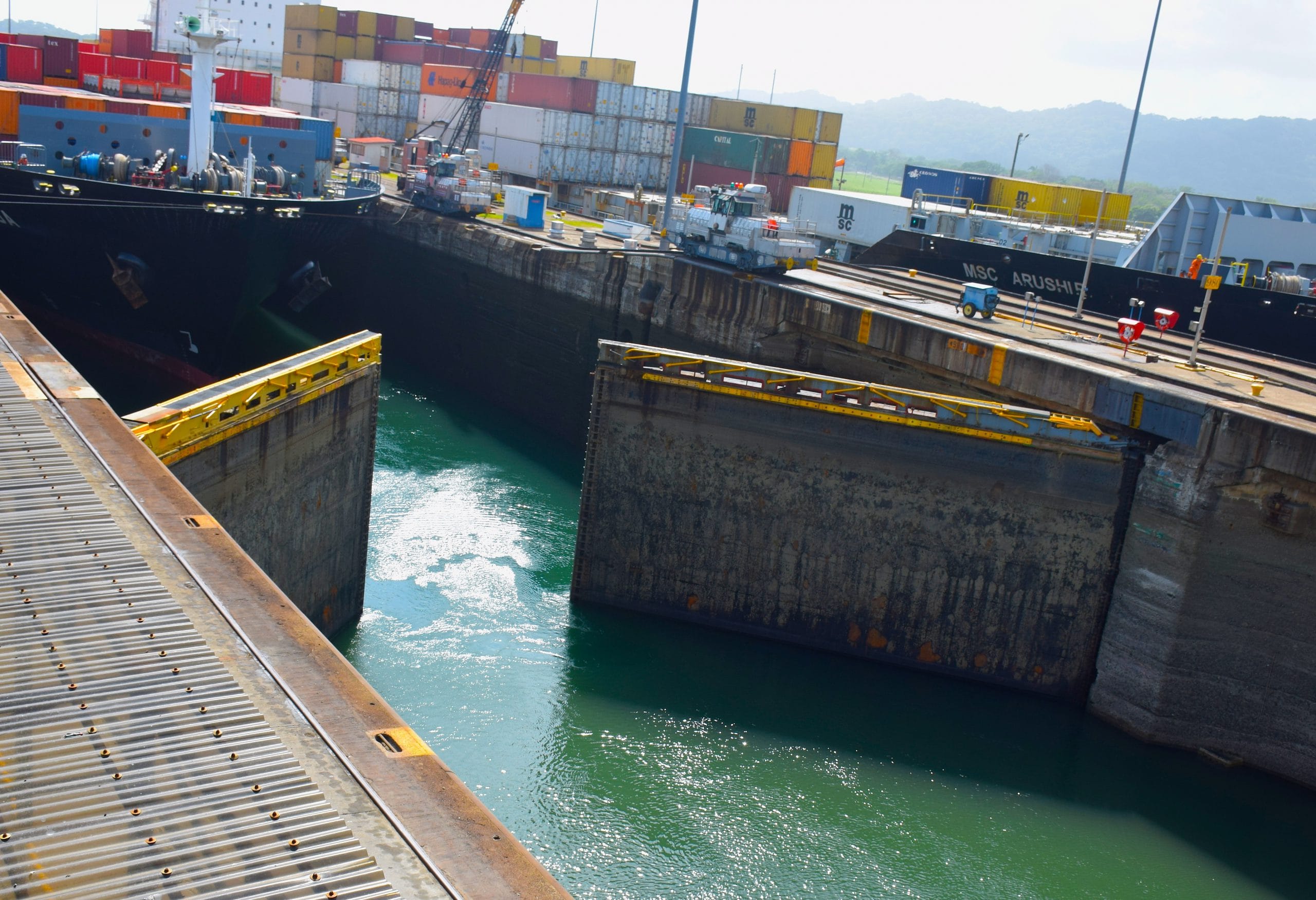 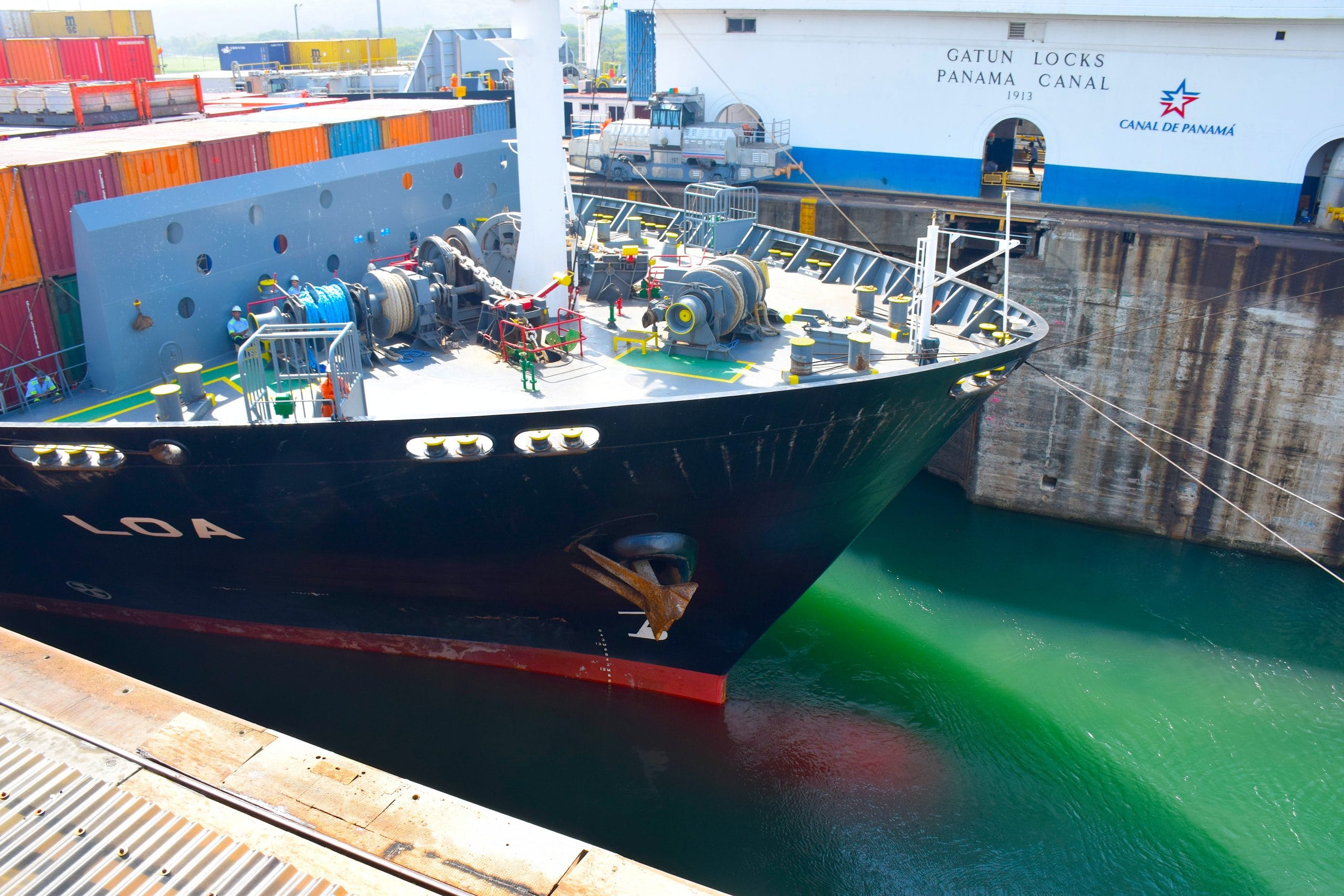 the ship comes through

Canal de Panama officials are acutely aware of the Chinese backed canal progressing to the north in Nicaragua.  Competition has sparked action, although nothing seems to alter the focus on safety and delivery of a problem-free channel.  Panama has benefited from income on the canal.  It desires to keep its credibility and credit intact.

Building the new channel required more than a parallel set of new locks, Gatun Lake was enlarged, as were the approaches to the locks on both the Pacific and Atlantic approaches.  Gatun Lake is now deeper to accommodate the depth of draft of larger ships. 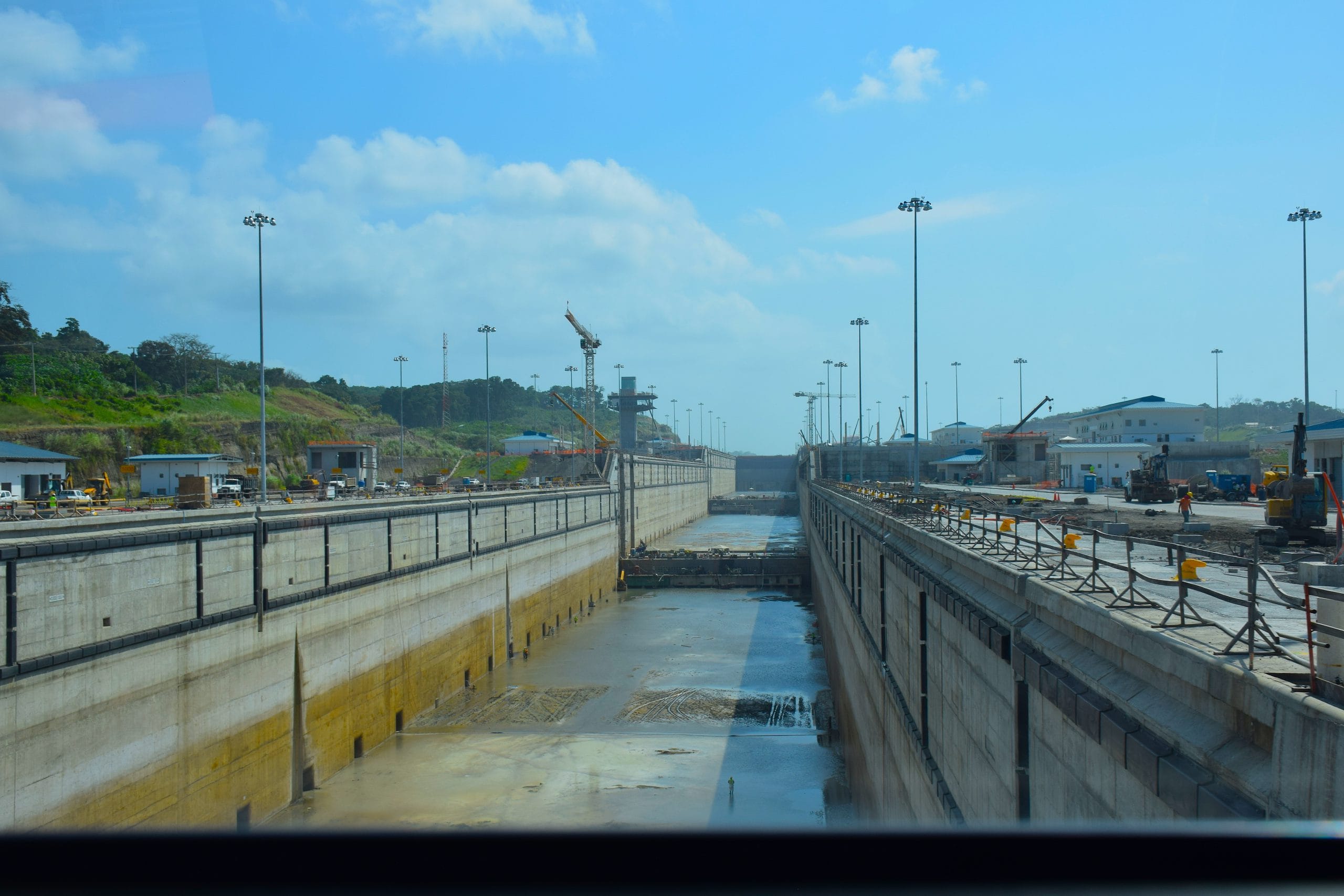 The new Panama Canal channel will allow ships that are more than 50% wider to pass through the locks as compared to the current channel.  There are other improvements made possible by a century of engineering experience.  The current locks open and close from the sides of the channel as they rotate like the pages of a book.  The slow moving locks account for time spent waiting to move from lock to lock in progression up or down depth.  The new channel will have locks that retract into the walls, moving faster to lock the ship in watertight space as it is raised or lowered.  The time for transit will be cut to a third, enabling more ships to traverse the canal in a day. 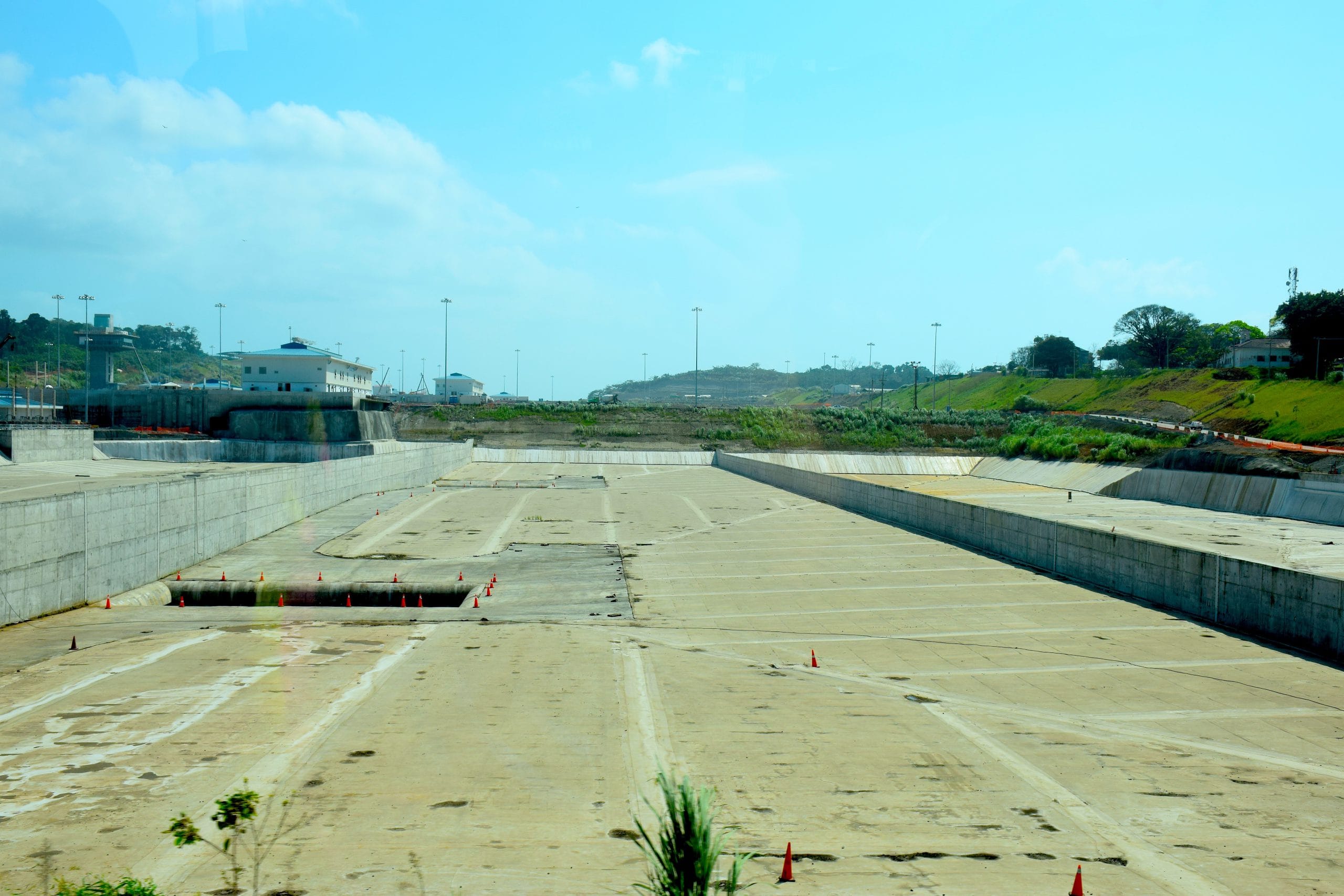 A noticeable change in canal function can be seen in the large water collection ponds adjacent to the new canal.  At present water from Gatun Lake or Miraflores Lake fill the locks and is released into the ocean as the final lock leaves the ship at the ocean level.  Fortunately, each lake receives rainfall necessary to restore its level.  With a third canal and the anticipated increase in ships making the crossing, the lake could be depleted below safe levels in dry years if new technology was not employed.  In the new canal the water leaving the lock will be pumped into the ponds and not out to sea.  The water can be pumped back into the canal channel to raise the next ship. 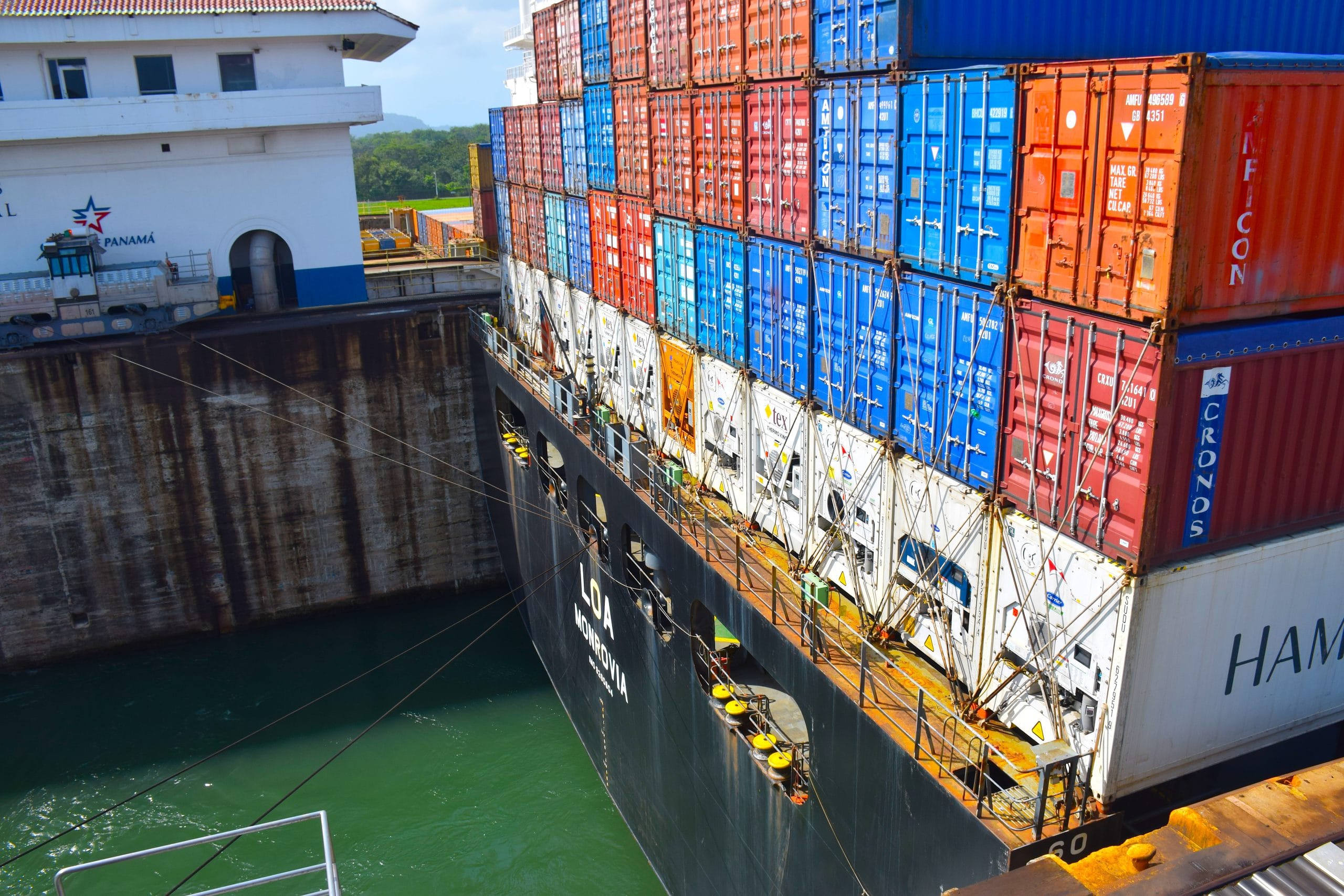 Panama Canal crossing veterans will notice that on the new channel the locks are configured to be three near the existing three at Gatun and three at Miraflores, instead of two locks at Miraflores and a single lock at Pedro Miguel.  With new technology in opening the Culebra Cut, it was not necessary to divide the locks and rely on Miraflores Lake to act as a basin for approach.  The new configuration is expected to provide additional efficiency in crossing through the canal. 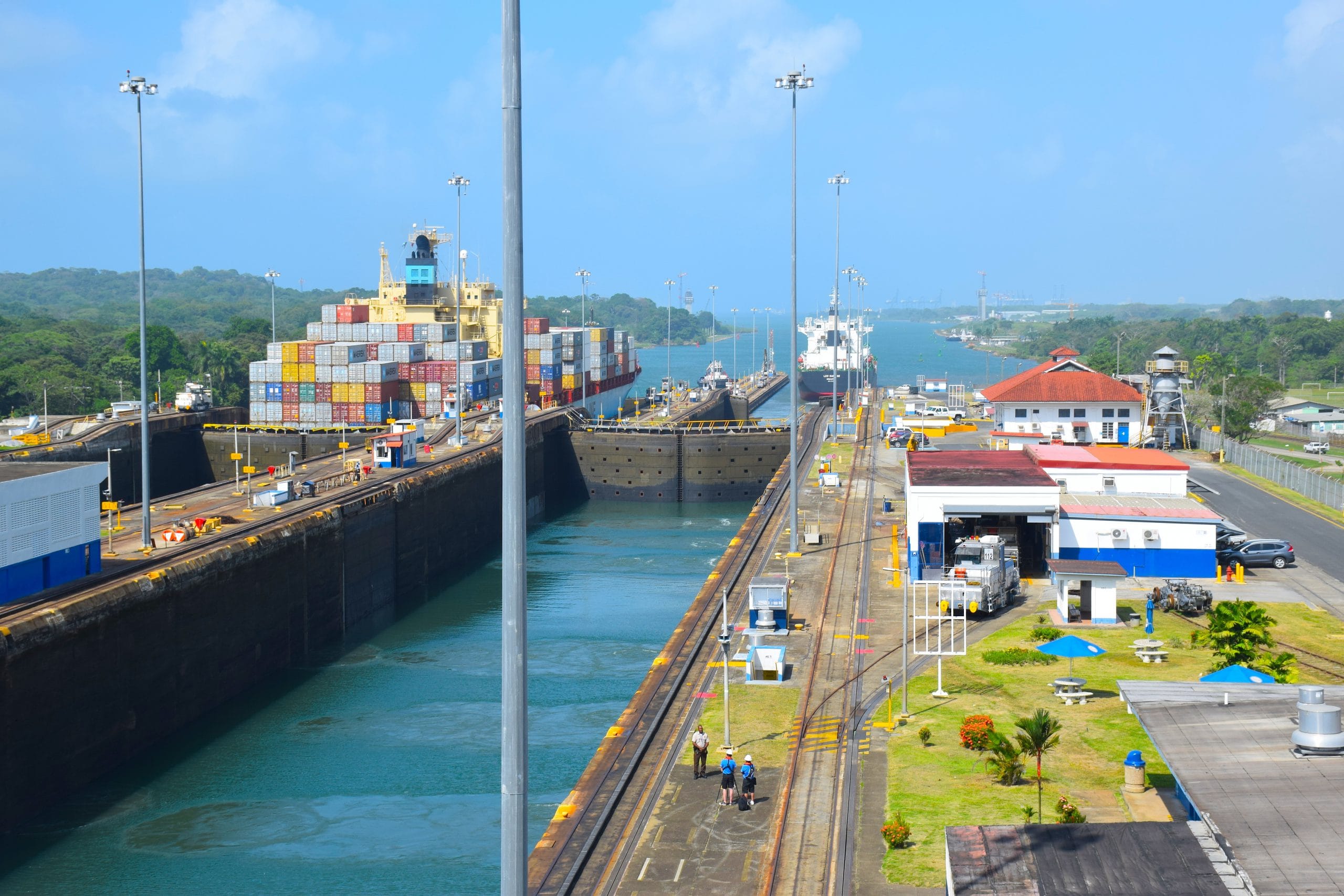 a wide view of ships departing Gatun Locks on 1914 canal, in the distance ships clear the canal

Since even large cruise ships can negotiate the current canal, it is likely that most cruise guests will be treated to a daylight crossing through the original canal.  No matter how many times one has crossed, the experience is still a thrill.  To see the new canal a shore excursion may be necessary.  To see the new canal sans water, visit soon.  If the folks at Canal de Panama are correct in their predictions, there will be a grand opening for those arriving in the fall of 2016.

For stories of the Panama Canal, building the canal, and the Panama Strip before the Canal, see Cruise through History, Itinerary VIII – Mexico, Central America, and the Caribbean, available at Amazon.com in 2015.