Shakespeare’s Much Ado About Nothing, may not be one of his masterworks, is still lovely hotbed of playful prose.  Written late in the 16th century, the date put in question by Shakespearean scholars, the play does not rely on life or death circumstances.  Rather it is a play of personalities between Beatrice and Benedick, the Shakespearean prototype couple.  Often played as the odd couple, the brilliance of the author was portrayed as clever equals in the 1993 movie version by Kenneth Branagh to his real-life wife, Emma Thompson.

Consider the taunt by Beatrice: Benedick, kill him; kill him, if you can. Benedick’s ambling reply: As sure as he is alive, I will.

Much Ado is set in Messina, Sicily, in 1300, just after the anti-French riot known in history as the Sicilian Vespers.  The riot began with the unapologetic ambition of Charles of Anjou, the youngest brother of King Louis IX of France.  The ambition of Charles was fueled by Pope Innocent IV, who preferred to make a deal with the devilish Charles rather than see Sicily and most of Italy controlled by King Frederick II, of the German house of Hohenstaufen, who was also the formidable Holy Roman Emperor. 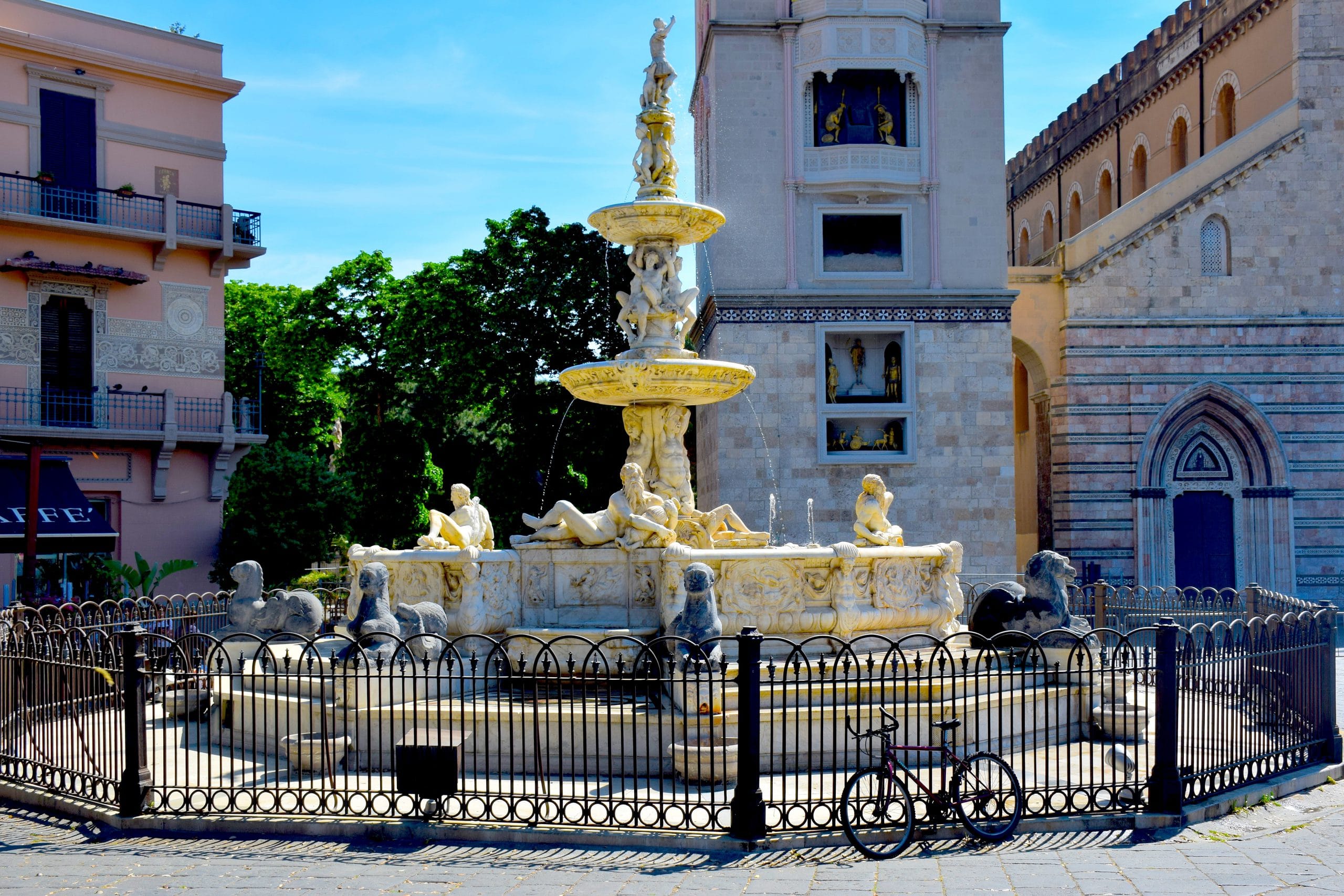 Charles of Anjou had no interest in Sicily beyond exploiting its resources to fund his campaign for Byzantium.  He never spent time there, preferring a castle in Naples as the seat of his Sicilian kingdom.  The Sicilian kingdom of the time included southern Italy and the island of Sicily.

The French generally regarded the Sicilians as incompetent and hopelessly corrupt.  Frenchmen were appointed to the best civic positions in Sicily.  The regime of Charles was efficient only in collecting taxes from Sicilians.  The king was not magnanimous in returning some of the resources back to communities in improved infrastructure and services provided to the people.

The most likely spark to what became a riot was ignited when a group of French soldiers encountered a group of Sicilians just before church on Easter Sunday 1282.  The French invited themselves to join the Sicilians in drinking.  In the midst of the festivities a French sergeant pulled a young Sicilian woman from a group of her friends to encourage her to flirt and dance with him. When the sergeant decided to check the woman for weapons and felt within the bodice of her dress, the woman’s husband determined the sergeant had become far too amorous.  The husband attacked the sergeant with a knife and by the time they were separated the Frenchman was dead.

French soldiers were armed and ready to avenge their comrade.  Thus began the brawl that would engulf the island.  Villagers joined in to attack the soldiers with rocks and whatever else was in reach.  By the time the bells of the church of Santo Spirito rang out for vespers, the French soldiers were all dead in the street.

As news of the incident spread throughout Sicily, villagers rose to attack anyone French, or associated by marriage or family to the French.  Six weeks later all of Sicily was under control of Sicilian rebels.  Between four and eight thousand French and French associates were dead, depending on the source.

The only French bastion in Sicily was in the stronghold of a fort in Messina.  The Sicilians appealed to the French pope to recognize their independence.  Pope Martin stayed true to Charles of Anjou.  He excommunicated the rebels.

By the time the war ended, twenty years later, the ambitions of Charles and his popes were compromised.  Several popes, kings, and exploiters of Sicilian resources were dead.  The war ended in a stalemate, as there was no one left standing who was interested in the reason for the war.

The Sicilian Vespers would have been fodder for Shakespeare had he wished to throw barbs at the French.  Instead the villain of the day was Spain and its King Philip II, the enemy of Queen Elizabeth I.  Philip had once asked Elizabeth to marry him.  About a month after she turned him down, Philip had a bride.  Elizabeth commented about how quickly his heartbreak healed, so much was his passion for her. 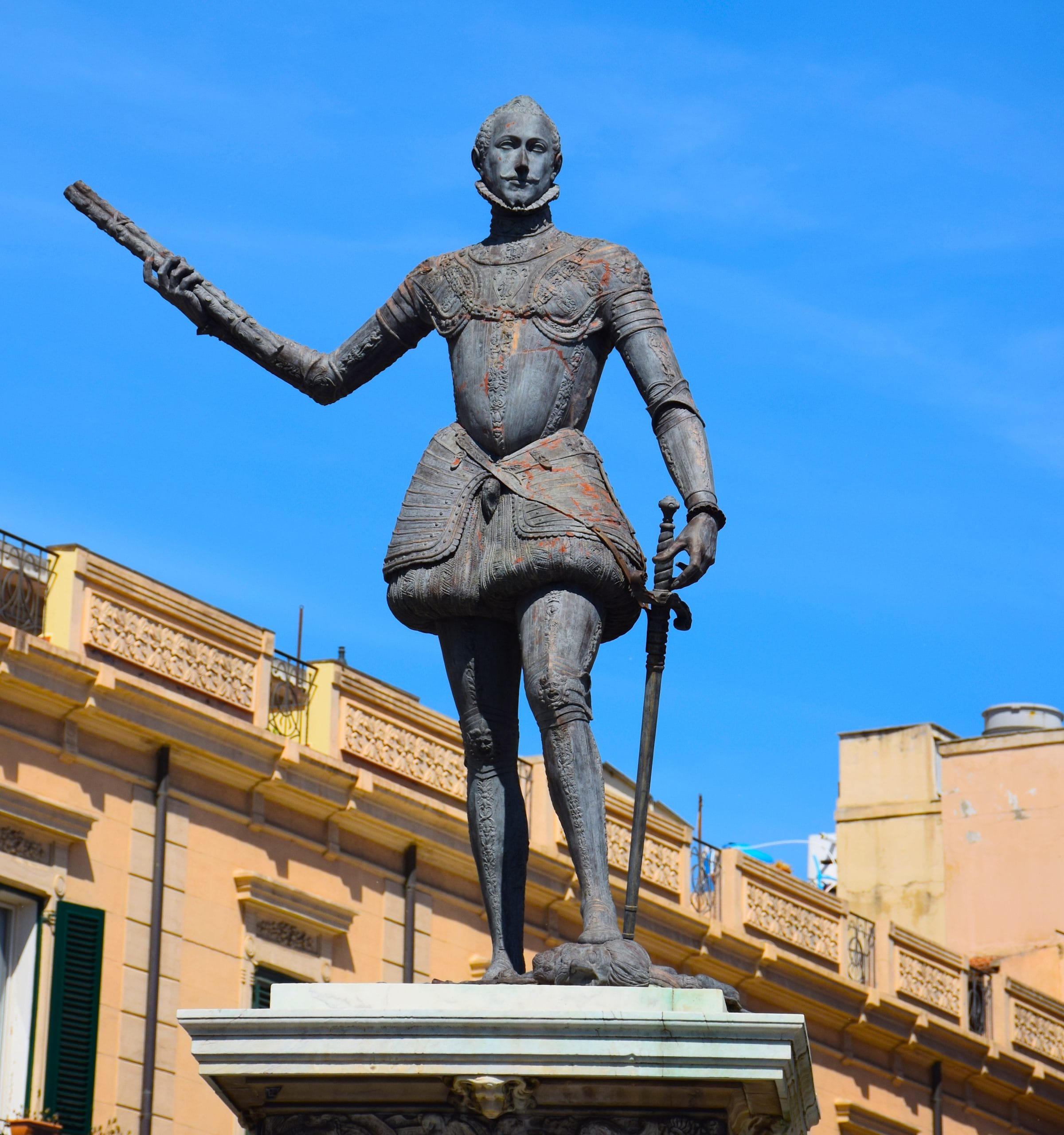 Philip II turned to his half-brother Don John as his battle commander.  Don John died in 1578, fighting battles for Philip in Flemish fields prior to the sinking of the Spanish Armada.  There is a statue of Don John in Messina today.

As Much Ado opens Don Pedro, the Prince of Aragon arrives in Messina with his brother Don John after success in battle against the French.  Their companion and fellow soldier is Benedick.  Beatrice, the niece of the governor of Messina, has a passion for Benedick, which she veils by making demeaning comments about his military prowess in comments to his cohorts.  Over the course of the play Benedick and Beatrice will be tricked into confessing their true feelings for each other.

Another of the soldiers is Claudio, a Florentine count.  Claudio is to marry Hero, the daughter of the governor.  He breaks off the wedding when he accuses Hero of having been unfaithful.  His erroneous information is a trick, which Benedick and Beatrice must rectify by the end of the play, so that both loving couples can wed.

When Shakespeare wrote Much Ado his travels through Messina had been to a city of graceful architecture and plentiful gardens.  Unfortunately the ensuing centuries were not kind to the city.  War and earthquakes felled the buildings so that today there is little of Shakespeare’s original setting to greet visitors.  In 1743 a plague decimated the population.  Buildings were left to decay.  In 1783 and 1908 there were massive earthquakes.  Then in 1943, Allied bombing reduced much of what was left of the historic city. 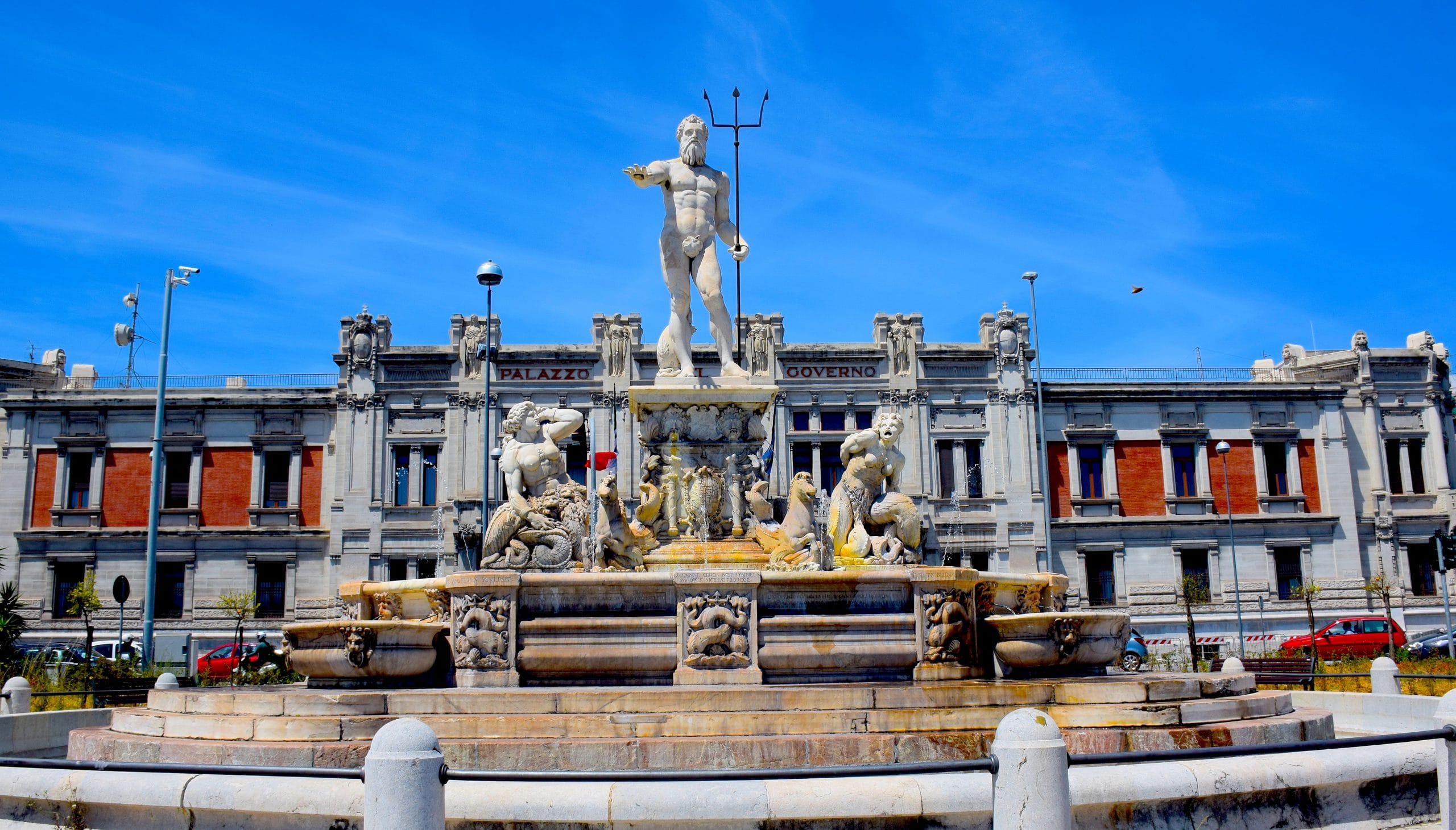 The Neptune fountain in front of the Governor’s Palace

Today the cathedral and several historic buildings have been restored.  The Neptune fountain, built in 1557, greets visitors at the port.  The fountain sits on a palazzo in front of the Governor’s Palace.  It is not the same palace at that of Hero’s father, although it is still impressive.

Today, cruise ships dock at Messina as a wonderful gateway to eastern Sicily.  Walking through the historic section brings to mind the boastful Shakespearean soldiers, their playful friends, and the reason that the Bard chose the city as a setting for a romance comedy.

For more of the story of Messina and the Sicilian Vespers, see: Cruise through History, Itinerary II Rome to Venice – Ports of Sicily, Amazon.com, released 2014.