Visit Denmark for a Vision of Living with Renewable Energy

Travel to northern Denmark, the Juteland peninsula, for a view of renewable energy living in real time.  While the world leaders met this spring to enter into an agreement to reduce the effects of carbon emissions, in concept, subject to parliamentary/congressional ratification, Denmark is living the world goal. 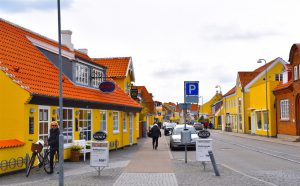 In a country that has a share of North Sea oil, the people prefer to export fossil fuel and live green.  Danes, often regarded as the happiest people on the planet, are not boastful of their way of life.  They are pleased to set an example in their modest way. 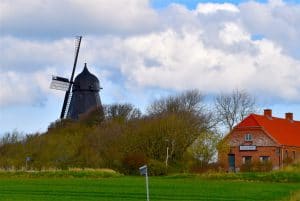 Denmark has no nuclear power.  The country is heavily invested in windmills, an early source of power.  Today, Denmark is a leading source of windmills exported throughout the world.  Denmark has a goal of meeting 50% of its energy needs through wind power by 2030.

In a country that has four times as many pigs as people, renewable energy as a total source of power may seem a plausible goal.  Still, it is a country with long winters and short summers.  Home heating is an imperative.  Burning wood, coal, or oil would be an easy option.  Instead, the northern homes of Juteland are heated in large part with energy generated by burning household and farm rubbish.  Even pig dung is cycled into energy.

On the long, straight, level roads of northern Denmark expect 1 series BMWs and A series Mercedes.  Consumers here look forward to electric cars fueled not by fossil fuel generated electricity as in the United States, but by renewable energy sources. 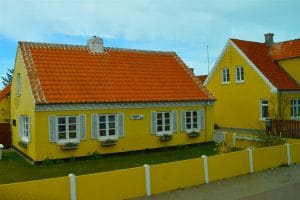 Homes in this landscape are small, with thick walls and small windows.  Large areas of unused space invite wasted energy for heating.  These homes are impeccably well maintained.  Danes do not show affluence by the size of their dwelling.  Small is simply sensible.  Being energy efficient is the societal ethic.

Visitors to northern Denmark will enjoy blue sky, green fields, the shifting sands of Skagen and clear water.  The Danes are good stewards of their landscape.  For them reliance on renewable energy is not a goal; it is a reality.  Travel to Denmark where the green future is in the present.

Read about ports of Denmark and Hans Christian Anderson’s Copenhagen & Skagen in Cruise through History, Itinerary XI Ports of the Baltic Sea, coming in 2017.