Release of the latest story book in the Cruise Through History series:  Itinerary IX. Ports of South America

The thirty new stories in this 4th volume in the CTH series, begins in ports of Brazil and floats around South America to Colombia.  At each port there are stories of the inspiring people, whose legacy awaits travelers. As in all Itineraries in the CTH series, the stories in Itinerary IX present deep reflections on the culture and built environment to provide a sense of place, which adds to enjoyment of travel, even when the stay in port is brief. 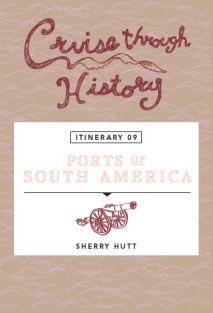 The stories in Itinerary IX are drawn from travel across the continent, illustrated by the author’s photographs and CTH art.   Stories which appear in this volume have been presented to cruise travelers, who have been delighted to gain insight on the European sophistication of the major cities and the varied arts and cultural depth throughout ports.

In choosing among the many stories to tell, this volume takes two tracks.  In part, it seeks to augment, in brief, what travelers may know of the history of countries they will visit.  Too often this is the realm of presidents and generals. Much of this volume is dedicated to introducing inspiring characters, who in most instances, were not political leaders, although they may have had a crucial role in nation-building.  So often in South America, the arts and advances in science are vectors for a political statement.

A recurrent theme is the shared beginning as lands of discovery and conquest, or attempted conquest of native peoples, once Christopher Columbus made his initial landings.  Although South American nations moved through similar phases of democratic and authoritarian regimes, economic growth and recession, industrial development, social programs and debt management, they have emerged as unique entities.  Any thoughts of generalizing South American nations will dissolve through travel. 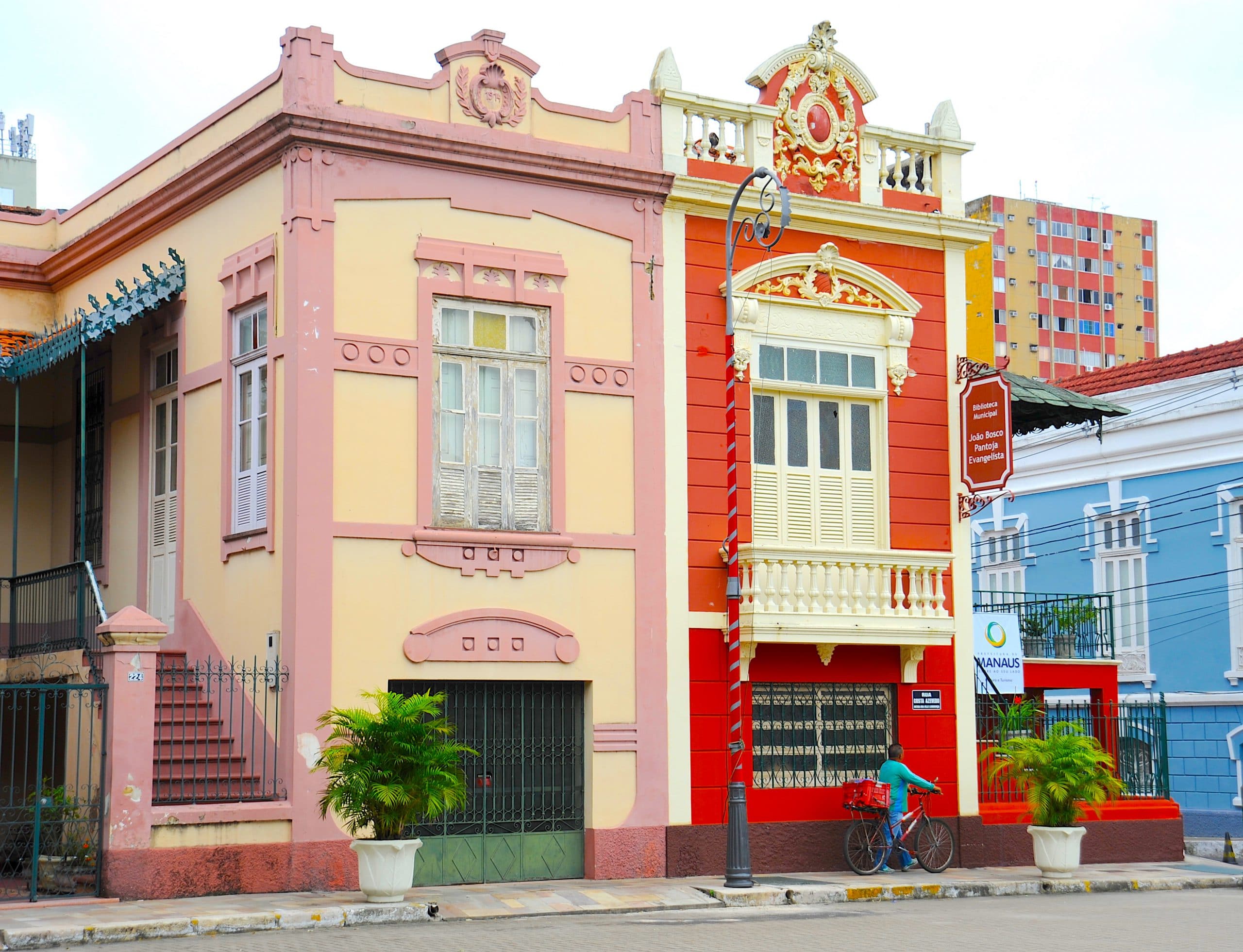 Brazil is unique in South America as the only former Portuguese colony.  It is also the largest nation, with much of its territory still wilderness.  This is home to the Amazon River that enticed a former American president to traverse an unmapped tributary, named for him, the Río Téodoro.  The port of Manaus sits on the Amazon. It was built by the merchants of white gold; the rubber captured from trees in the untamed jungle.

Salvador Bahia was the first primary city of the Portuguese colony.  The history of Brazil, the only country to experience a bloodless independence, is dedicated to this city.  Ask any Brazilian and they will tell you that the heart of Brazil is in a small house, in a small town, outside Rio de Janeiro.  Alberto Santos-Dumont is a hero to Brazilians, not only for his inventions that enabled the first public exhibition of a man in flight, but also for his inspiring selfless pursuit of new technologies, which opened the world to the aviation age. 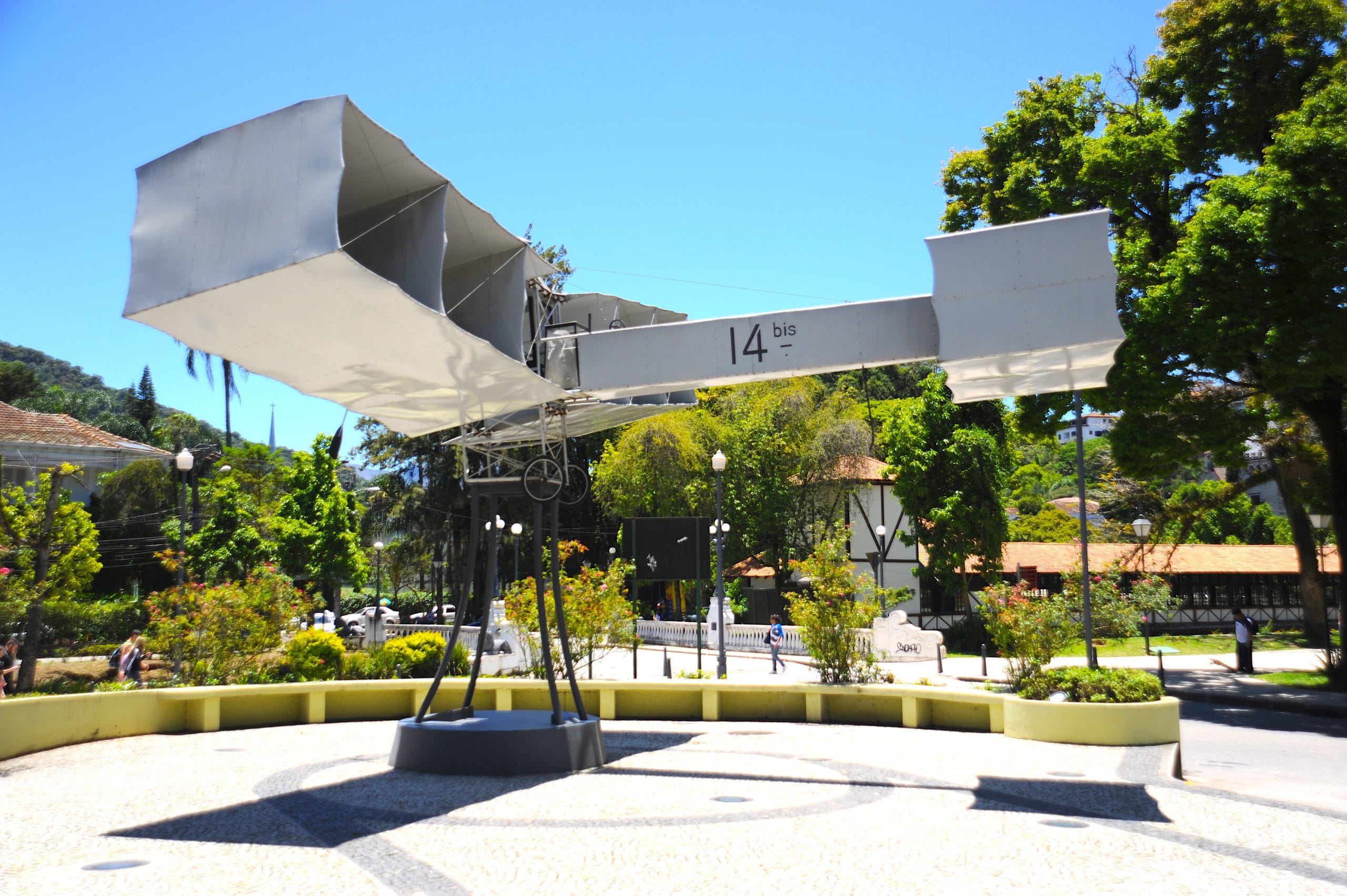 There are two ports in this volume which are exceptions to the papal treaty between Spain and Portugal.  The French came to Brazil in the 15th century.  Today French Guiana is home Devil’s Island, the former notorious prison, whose famous inmate spent 5 years, from 1896 to 1900, in solitary confinement.  The story of wrongfully convicted Alfred Dreyfus is a cautionary tale for any nation, which becomes harshly divided by ideology.

The other exception to the pope’s desires, is the Falkland Islands, known by Argentines as the Malvinas.  The Falkland Island cluster is a little bit of Britain in the south Atlantic. In 1982, Argentina drew a line across the Falklands, on which Britain stood firm.  In a few months of war, lives were lost. The issues that festered into the war remain unresolved.

There are two cruise ship ports in Uruguay enjoyed by cruise travelers.  The upscale resort town of Punte del Este attracts residents world-wide. The capital of Montevideo is home to stories of Uruguay’s founder and legendary hero, José Gervasio Artigas, who saw his side of the Rio de la Plata as an independent country.  This is also the home of Teatro Solis, with its legendary beacon of life, and José Enrique Rodó, whose character Ariel shaped the philosophy of generations of enterprising South Americans.

The story of Argentine General José de San Martín, who led armies against the Spanish in 1812, to liberate Argentina and Chile, is told at the port of Puerto Madryn.  Included also is the story of Juan Perón and tumultuous tides of democracy and military regimes in this country of wealth and beauty, which has experienced precipitous financial contractions.  A cultural story of being Argentine is told through icons of gaucho, tango and literature.

The story of Buenos Aires is told in a walk through 8 of its distinctive neighborhoods.  The newest, Puerto Madero, is a 19th century port, given new life as the 21st century home of architectural and artistic landmarks, where each street is named for a woman in the history of Argentina.  In this story, meet the Women of the Bridge, shapers of Argentina.

Stories of Chile run through this country of diverse landscapes, starting in the open terrain of Patagonia, where gauchos herd sheep and cattle and a European imagined himself king of the Indians, while others sought a city of gold.  Punta Arenas was a prosperous port prior to the opening of the Panama Canal. The kings of the south owned tracts of land the size of small countries on which they grazed sheep and exported wool. Meet the first families of Punta Arenas, who built a town incongruous with the remote land at the very south of Chile.

The Juan Fernandez Islands include the island named for the fictional Robinson Cruso.  The story of factual marooned sailors and how they lived to tell their tales is a look at life on remote islands.  The islands were not much changed from the time Magellan sailed the straits at the bottom of the world, until they became a tourist enclave in the 20th century.

Cruise vacations often start or end in Valparaiso, the port city to the capital Santiago.  When visitors have time, they may relax and enjoy a Paradise of Food and Wine in Chile. It is also an opportune place to visit the presidential palace and contemplate how far the country has come since the 1970s and the palace bombing.  Today, Chile’s story is of a fugue of cultures, with the most successful economy in South America.

Lima is a modern city, which has retained its colonial elegance.  It is the perfect port in which to tell the story of the Inca, that dominated tribes from Ecuador through Peru, until decimated by the Spanish in the 16th century.  When Spain lost its hold on South American colonies, it left a legacy of imprecise borders, which resulted in several border wars.  The apex of the bloodiest of the wars was Arica, a place of ancient marvels of earth and stone. This is the place to enjoy the story of the Nazca Lines.

Panama hats are made in Ecuador.  Some of the finest are made in a little town outside the port of Manta, where tuna is king.  Telling the story of hats, is an opportunity to tell the story of a man who chose to leave the family business to be a forward-thinking president of Ecuador.  He is remembered by a monument on the square where Panama hats are sold today. In Guayaquil, the financial center of Ecuador, the story explores the cultures of Ecuador.  In the Galapagos Islands the story is the human population prior to and after Charles Darwin came through on the Beagle.  The Galapagos tortoises must appreciate the small human footprint which remains on the islands. 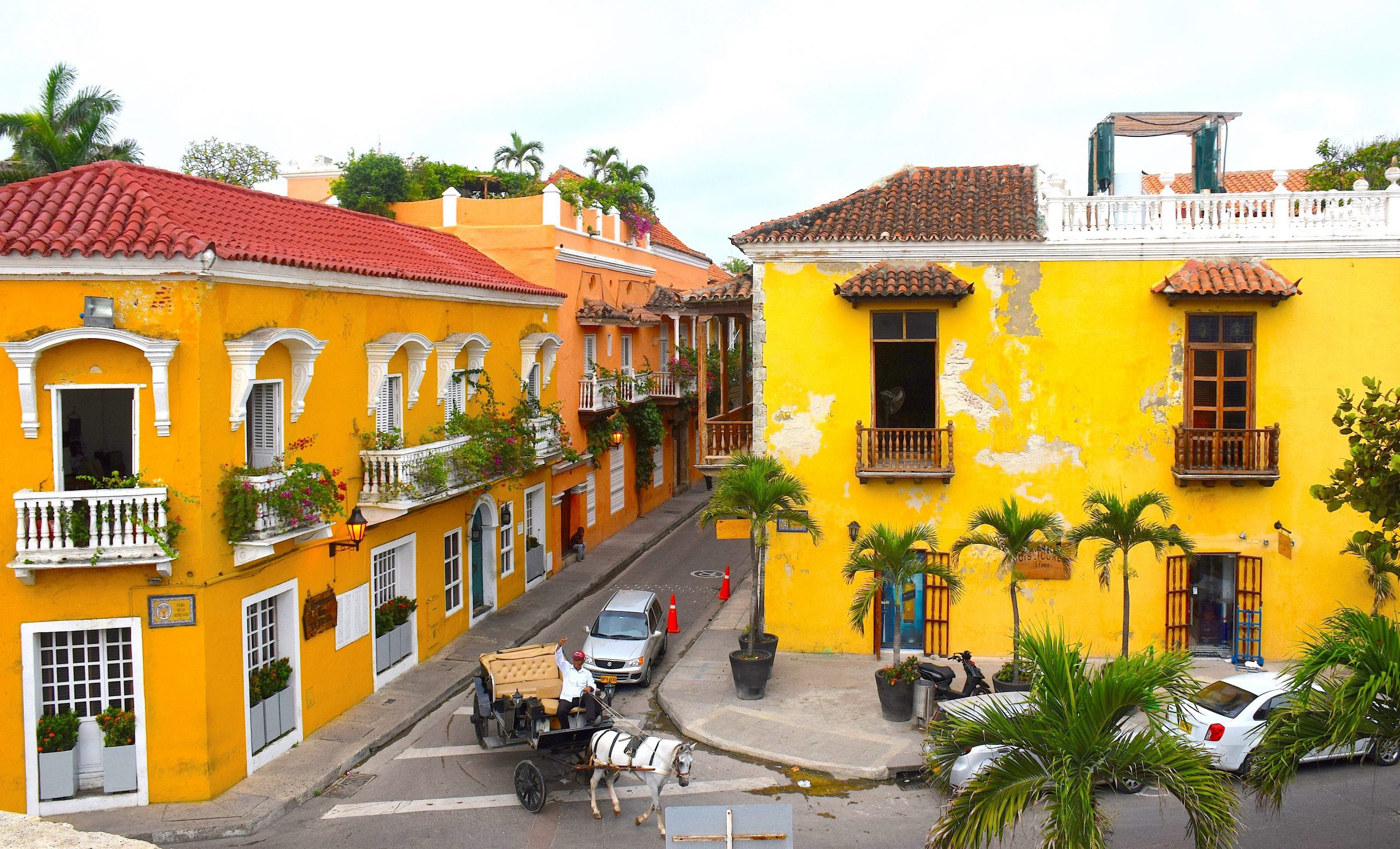 Peru, Ecuador, Colombia, Bolivia, Panama and Venezuela once formed Gran Colombia, the union of countries liberated from Spain by Simón Bolivar.  Bolivar is a national hero of Colombia, once exiled for his efforts. His story is best told in Santa Marta, Colombia. While in Colombia, explore Cartagena, preserved from the golden age of Spanish dominance of the seas, including exploitation of gold and emeralds from mines in Colombia and Peru.  Walk the walled World Heritage City and look into a former era.

This volume of stories ends with two stories of navigators whose efforts made possible all of the foregoing stories.  Magellan came through the straits, which bear his name, at great personal sacrifice, fueled by a desire to succeed. He charted a route to the east by going west, completing the task begun by Columbus, measured the Pacific Ocean, and sent his mariners on a circumnavigation of the earth, that he did not complete.  The story of Columbus includes his four voyages to the New World and the impetus for his desire to explore: his mother-in-law and the wealth of knowledge given to him in her library.

Whether enjoyed as a history resource or packed for travel for port-to-port information as an itinerary unfolds, the characters in CTH stories may become new friends.  They are assembled here as a Cruise through History© to add meaning and delight to travels.